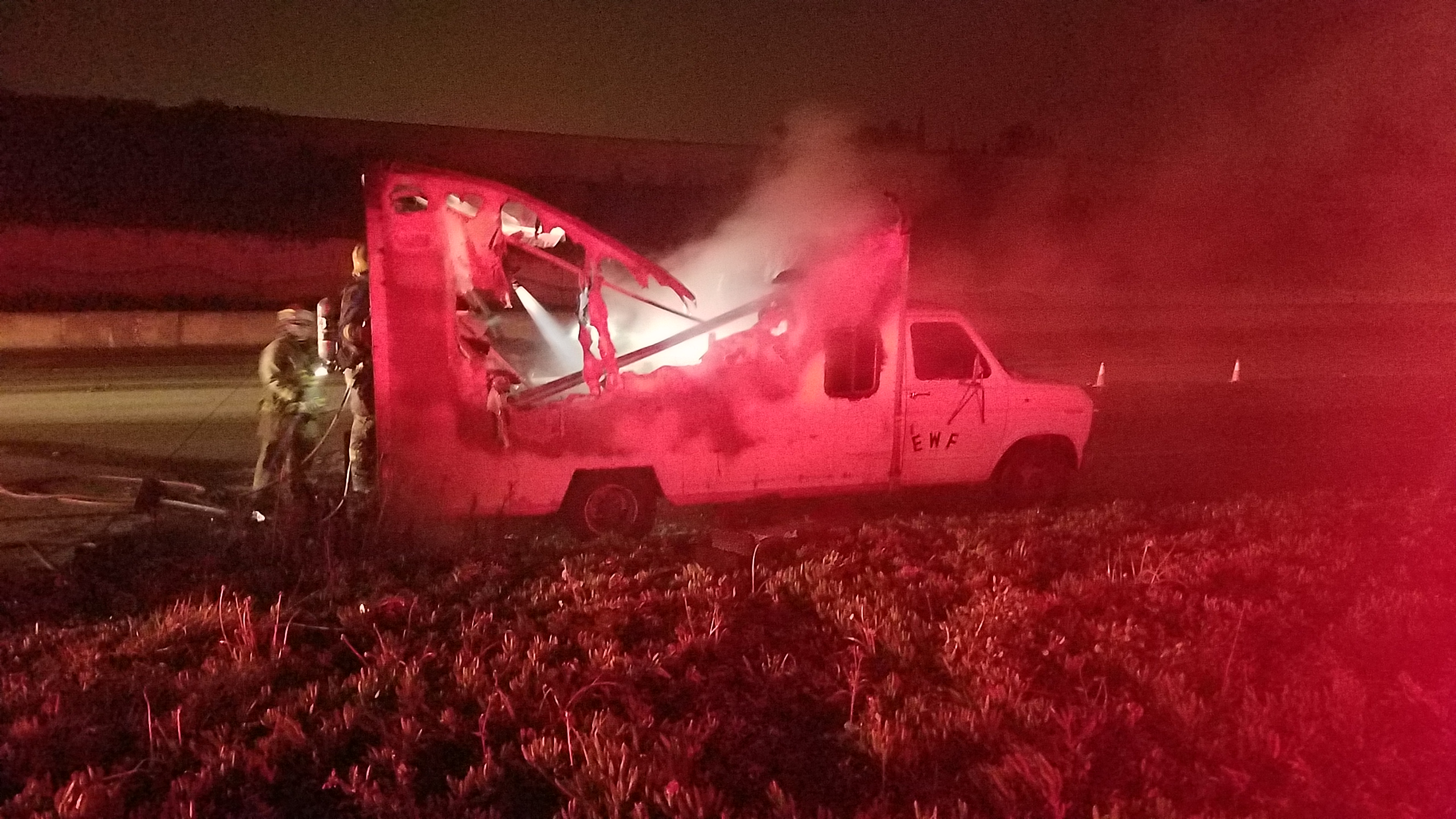 By Tommy McCardle | Contributing Writer | A fire destroyed the box truck owned by Empire Wrestling Federation (EWF) owner Jesse Hernandez during the early hours of Feb. 11. Hernandez was driving the box truck home from an EWF event that took place in Covina on Friday night when he discovered the fire. "A fire started in the rear of the truck where not only did it burn my [wrestling] ring, but also my PA system, lighting equipment and everything else," said Hernandez. Fortunately for Hernandez, the steel frame for the wrestling ring has been salvaged. However, the wood plates, foam padding, canvas, turnbuckle pads, ropes, and tighteners for the ring have been lost due to the … END_OF_DOCUMENT_TOKEN_TO_BE_REPLACED

By Tommy McCardle |Staff Writer| Performing at WrestleMania is the dream for many professional wrestlers, but everybody needs to build a foundation for their dreams first. For 28 years Jesse Hernandez has been teaching pride, honor, and respect to professional wrestling students in San Bernardino. Hernandez, owner of School of Hard Knocks, began his career in professional wrestling in 1979 while training under The Great Goliath, a multi title winning wrestling champion from 1967 to 1982. After Vince McMahon, owner of World Wrestling Entertainment (WWE), had taken over control of the wrestling territory in Southern California from Mike Labelle in 1982, Hernandez stayed on as an … END_OF_DOCUMENT_TOKEN_TO_BE_REPLACED