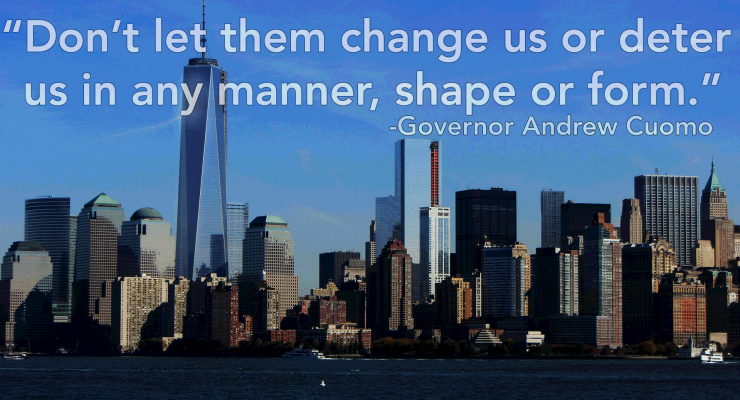 A driver of a pickup truck charged down a popular bike path in Manhattan on Tuesday leaving eight people dead and 11 injured. The truck driver was shot in the stomach by a NYPD officer after running into a school bus and leaving the truck. It is the deadliest terrorist attack in New York since the destruction of the World Trade Center buildings on Sept. 11, 2001. Police identified the terrorist as 29-year-old Sayfullo Saipov. After crashing into the bus, Saipov ran down the roadway, waving a paintball gun and a pellet gun while yelling, "Allahu akbar." At this time, the officer discharged his weapon into the abdomen of Saipov and he was then sent to the hospital. As of … END_OF_DOCUMENT_TOKEN_TO_BE_REPLACED 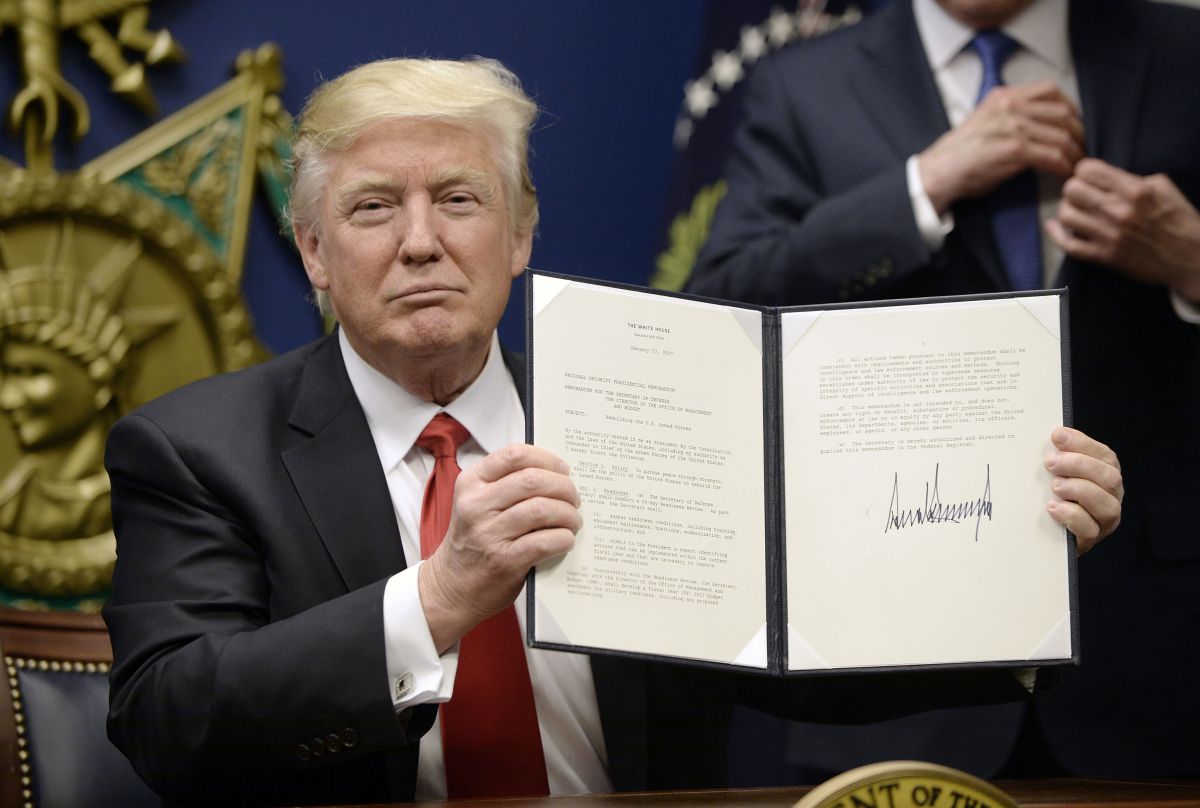 By Arturo Brooks |Staff Writer| President Donald Trump has signed memorandums and executive orders this past week that continue to cause a commotion in the media. This week, three executive orders and three memorandums were signed. Executive Order: PROTECTING THE NATION FROM FOREIGN TERRORIST ENTRY INTO THE UNITED STATES: Jan. 27, 2017 This executive order allows for the government to protect the American people from terrorist attacks by investigating individuals before they are granted a visa to enter the country, including those who don not abide by the constitution. This includes those who partake in violence towards women, hate crimes, and religious persecution. “It is the … END_OF_DOCUMENT_TOKEN_TO_BE_REPLACED

By Kyle Richardson |Staff Writer| The war on ISIS has shifted to Libya, as American forces released militant air strikes on the coastal city of Sabratha.   The U.S. airstrikes on ISIS in Libya has shifted the war on the Islamic extremist militants from Iraq and Syria, 2,000 miles west to the North African nation.   According to Time, local officials estimated that more than 40 people were killed.   The death toll could rise because it is possible that more people are still under the rubble. It is believed more than 60 people were inside the ISIS training facility when it was hit, according to CNN.   Medium-caliber weapons including machine guns and … END_OF_DOCUMENT_TOKEN_TO_BE_REPLACED

Kyle Richardson |Staff Writer|   Georgia Prison Guards arrested after FBI Sting (Feb. 11) After an FBI sting operation of a Georgia prison, 46 current and former correctional officers, as well as two civilians and one inmate, were arrested for drug trafficking. Dozens of guards agreed to drug smuggling operations for a high-level trafficker. Guards believed their position would keep them from getting caught. In exchange for this, they received thousands of dollars in bribes, according to ABC News.   Mexico Prison Riot chaos (Feb. 11) A riot broke out on Feb. 10 at Topo Chico Prison in Monterrey, Mexico, which left 52 dead and 12 others injured. The riots … END_OF_DOCUMENT_TOKEN_TO_BE_REPLACED

By Raequan Harrison |Staff Writer| Russia will join President Obama in the fight against ISIS-under one condition.   “The roots of ISIS can be traced, in part, to the U.S. invasion of Iraq in 2003 and the subsequent emergence of al-Qaeda in Iraq (AQI), founded by Jordanian national Abu Musab al-Zarqawi,” according to MSNBC.   The Russian Prime Minister Dmitry Medvedev said, “the best way to combat the Islamic State of Iraq and Syria is to unite with the West, and Russia is already coordinating airstrikes with France.”   “While President Obama seems to agree, he said there is a catch: Russia must first help end the Syrian war. Just days after Russia launched … END_OF_DOCUMENT_TOKEN_TO_BE_REPLACED

By Carlos Solis |Staff Writer| Twelve million Syrians have fled their homes because of the civil war in their country, according to worldvision.org. Foreign powers, like countries such as U.S., and Russia—as well as organizations in the Middle East—have created a mess. The situation in Syria has now turned into one of the worst humanitarian crises in recent history. Since 2012, the U.S. has accepted 2,174 Syrian refugees - roughly a 0.0007 % of the US population, according to The Guardian. "Obama calls on U.S. to resettle 'at least 10,000' Syrian refugees in 2016 fiscal year," continued The Guardian. This number will only represent 0.0007% of the U.S. population. This shows … END_OF_DOCUMENT_TOKEN_TO_BE_REPLACED

By Carlos Solis |Staff Writer| The war on terror is a war not worth fighting for.   Millions of innocent people are dying as the whole world watches—and the governments allow it to happen while nothing is done to stop the chaos.   The war on terror is defined as “the name given to the actions and other measures taken by the U.S., Britain, and other countries to destroy international terrorist groups, especially al-Qaeda after the attacks on the World Trade Center and the Pentagon on Sept. 11, 2001. The actions taken include the wars in Afghanistan and Iraq,” according to www.ldoceonline.com.   War is just a snowball effect; one country attacks another and … END_OF_DOCUMENT_TOKEN_TO_BE_REPLACED

By Mireya Rodriguez |Staff Writer| “The Muslims who are being killed in Chechnya are not being talked about anywhere, but when ISIS commits this ugly act of beheading people, media all over the world depict it,” continued Ebadi. Ebadi’s speech was interpreted by a translator as she spoke Farsi. Ebadi, Juris Doctor, is the first woman, and Iranian to receive a Nobel Peace Prize. She received this award in 2003 for advocating democratic ideas and human rights. “Let’s not forget that beheading is a practice in Saudi Arabia in the present year, 50 people have been beheaded in public in Saudi Arabia, that is what ISIS has done too,” continued Ebadi. Ebadi said that it is “not until … END_OF_DOCUMENT_TOKEN_TO_BE_REPLACED

By Jorge Campos |Staff Writer| An American force has fought its first actual encounter against the Islamic State of Iraq and Syria (ISIS) when an attack was made by tribal forces in an attempt to remove U.S. forces from their base, according to SHAFAQ News, which provides daily news in Iraq. U.S. troops have entered with its Iraqi partner, according to Colonel Salam Nazim, against ISIS and clashed with them for more than two hours, according to SHAFAQ News. Obama requested congressional authorization for limited use of American armed forces to defeat an Islamic terrorist army. He declared that the congressional passage of the measure makes the U.S. the strongest in the fight and, … END_OF_DOCUMENT_TOKEN_TO_BE_REPLACED

By Robin Alcantara |Staff writer| Alumnus shoots Florida State University students in quiet library (Nov. 20) Students in the library Florida State University (FSU) of hid where they could as sounds of gunshots disturbed the quiet building. The gunman, 2005 FSU graduate Myron May, shot three students before he was shot and killed by police. CNN reported the injured students were taken to Tallahassee Memorial Health care and the possible motives are yet to be reported.     Thief caught on Facebook (Nov. 22) Stolen firearms were found a year after they were reported missing when the thief posted photographs of the guns on his Facebook page. The firearms … END_OF_DOCUMENT_TOKEN_TO_BE_REPLACED