By Raphael Dunn |Staff Writer| Mumford & Sons known for the foot stomping and heavy banjo riffs, have gone in a completely new direction with their third studio album, “Wilder Mind.”   The English Rock band, led by Marcus Mumford, has gained worldwide recognition for the revival of the “Folk-Rock” sound with their previous albums “Sigh No More” and “Babel.”   The band released “Wilder Mind” on May 4, and it is currently No. 1 on the iTunes purchase charts. Before its official release, rumors fluttered about abandonment of the banjo and implementing more electric instruments to their sound.   “None of us had any interest in doing Babel 2. It was always … END_OF_DOCUMENT_TOKEN_TO_BE_REPLACED

By Dalal Museitef |Staff Writer| After running away to Paris when she was just 16 years old, 29-year-old Stephanie Sokolinski, also known as Soko, has gained popularity in movies, television, and more recently music with her first official album, “I Thought I Was an Alien.” She gained quite a strong following performing in Los Angeles on Nov.14 at the American Apparel store. The French singer-songwriter and actress was fighting a cold. She still kept her rich, sonorous voice in tune. She held an intimate performance where fans and her close friends witnessed her talent. Joined by her three other guitarists and drummer, Soko roamed around and consistently mingled with the … END_OF_DOCUMENT_TOKEN_TO_BE_REPLACED

By Nadia Ahmad |Staff Writer| Alt-J, winner of the British Mercury prize, performed a stellar show in Pomona after releasing a new album. The crowd went wild when the band opened with "Hunger Of The Pine" the first single released off the new album, which features vocals by Miley Cyrus. Several audience members told me that this was their favorite song off the new album. English Indie-rock band Alt-J won the British Mercury Prize, an annual music prize awarded for the best album in the UK, after releasing their debut album "An Awesome Wave" in September 2012. The band released their second album "This Is All Yours" last month and started their North American tour on … END_OF_DOCUMENT_TOKEN_TO_BE_REPLACED

By Zyrus Cruz |Staff Writer|   With my headphones blasting to rhythmic guitar strums, beating drums and upbeat vocals from Foals’ newest album Holy Fire, how can I not envelop myself in it’s entirety? Their sophomore album was released on Feb. 11 and is available to download online on the bands website. The band consists of Yannis Philippakis (guitar) and Jack Bevan (drums), along with Andrew Mears on vocals, guitarist Jimmy Smith and Bassist Walter Gervers. Like any CD not every track is mind blowing, but the diverse and high energy production will certainly have you bobbing your head or even singing along. Although Indie Rock can be known as an unclear genre to … END_OF_DOCUMENT_TOKEN_TO_BE_REPLACED

By Maria Perry (Staff Writer) Toro y Moi, an American recording artist and producer, has released his third album, Anything in Return which has so far received moderately good reviews. The album has received a 7.9 rating, according to Ian Cohen, a music critic who writes for Pitchfork.com, a popular music review website. Although the music he makes is diverse, he is often associated with the chillwave movement since the Summer of 2010. Chillwave is the genre of music that is characterized by the heavy use of effects processing, synthesizers, looping, and sampling, along with heavily filtered vocals that have simple melodic lines. The album contains 13 tracks of electric music … END_OF_DOCUMENT_TOKEN_TO_BE_REPLACED

By Desirae Contreras |Staff Writer| Make way for the newest Inland Empire band hitting the music scene, the Backseat Pilots. CSUSB seniors and brothers Jason and Joshua Recinos, alongside alumnus Jarrold Chang, started their band in 2010. Ever since then, the Fontana musicians have performed all across the Inland Empire. From community shows, churches, benefit concerts and school events to venues like Back to the Grind and the Big Time, the band has established a steady fan base for themselves in the electronic dance, rock and indie music scene. “We strive for freedom with our music. We don’t like limitations and ultimately aim for a new-age style of ‘80s sound scape smashed … END_OF_DOCUMENT_TOKEN_TO_BE_REPLACED 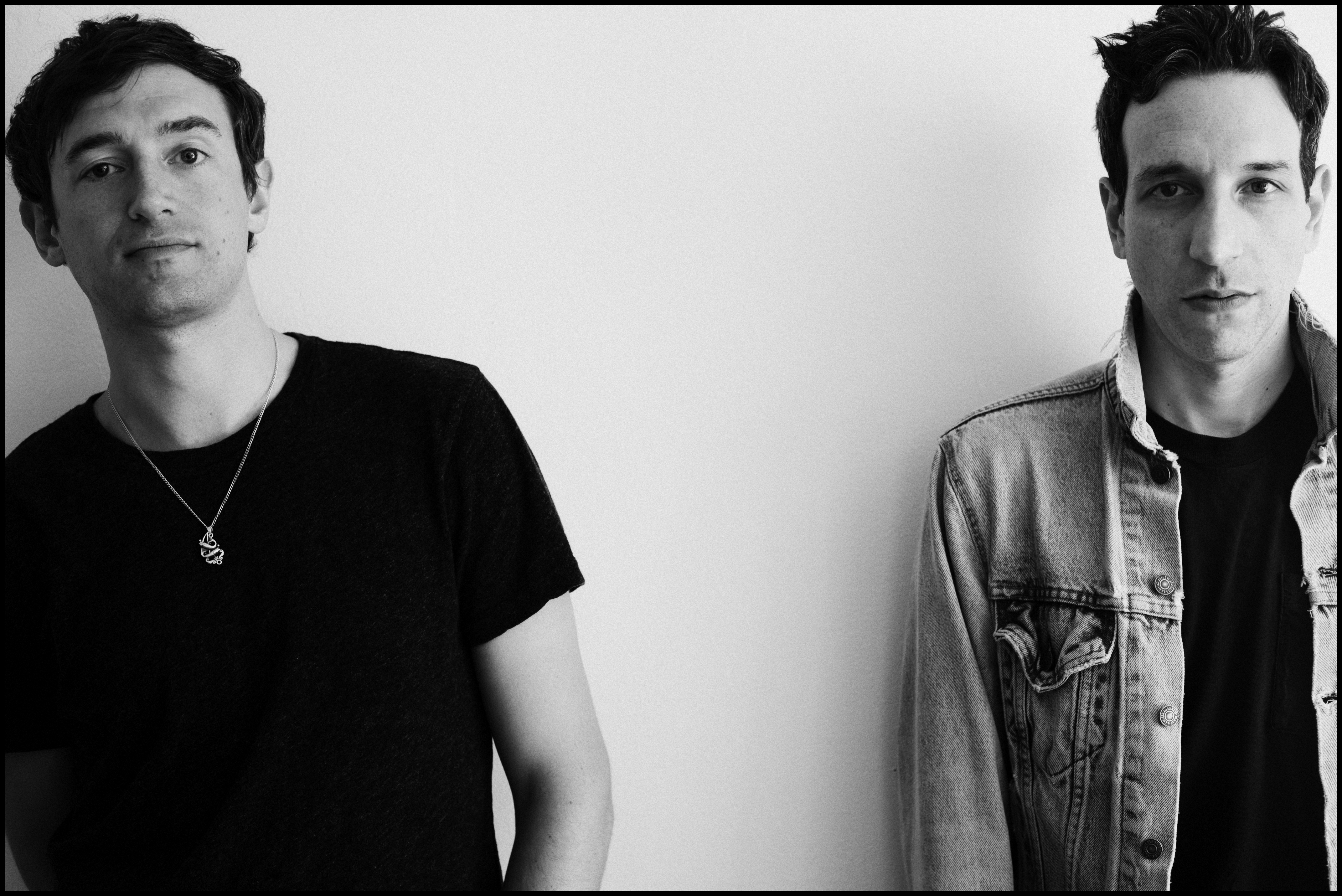 By Yetunde Keme | Staff Writer | Tanlines are looking to get their proper recognition by utilizing more vocals and synthetic pop in their newest album, Mixed Emotions. The indie rock/pop duo consists of Brooklyn natives Jesse Cohen (drums) and Eric Emm (guitar/vocals). The band formed in 2008 when they collaborated in the production of a song for Cohen’s band Professor Murder. Entertainment column Spinner.com interviewed the duo back in 2010, and asked them how they came up with the band name. “I think the name was something we saw on the back of a truck that we were driving behind,” they said.  “‘Lines’ is a musical term, like, a keyboard line, and it also references [how] much … END_OF_DOCUMENT_TOKEN_TO_BE_REPLACED

By Kimberly Rosales |Staff Writer| fun. brings a new sound to indie alternative with the  release of their second album, Some Nights. fun.’s popularity grew when “We Are Young” was featured in a Super Bowl commercial for the new Chevy Sonic and on the hit TV show, "Glee." fun. was then launched into the mainstream, leaving the band plenty excited about the possibilities. “That's just one of the coolest things that could possibly have happened,” said guitarist Andrew Dost in an interview with Seattle Post Intelligencer. The New York-based band is comprised of founder and lead singer Nate Reuss, multi-instrumentalist Andrew Dost and Jack Antonoff on guitar. All three of the … END_OF_DOCUMENT_TOKEN_TO_BE_REPLACED

By Monique Clarke |Staff Writer| After a long and drawn-out hiatus, Indie rock mavens The Jealous Sound are back with A Gentle Reminder. The band's smooth and benign sound can be compared to acts such as Snow Patrol, Jimmy Eat World and Jim Adkins. They went on a nine-year hiatus in 2003 shortly after releasing their debut album Kill Them with Kindness, which got rave reviews. After releasing a warmly received digital only EP Got Friends in 2008, the hype surrounding their long-awaited full-length album was steadily growing. The album, A Gentle Reminder, has finally been released, but it wasn't worth the nine-year wait. Fans who have been waiting years for the band to … END_OF_DOCUMENT_TOKEN_TO_BE_REPLACED

By Justin Mathew Dennis |Staff Writer| Stanford graduate turned rap artist, K. Flay is the newest musical hit from the Bay Area. With her different style, a mash-up of hip-hop and Indie rock, K. Flay broke out of the expected mold of an alumnus from the respected school. After several releases, two full albums and one more on the way, K. Flay has made her way to opening tours for Passion Pit and 3OH!3. She has also shared the stage with well-known hip-hop artists Snoop Dogg and Ludacris. Her passion and inspiration for music started from listening to her father's classic rock records as a child. She has memories of herself dancing in her living room to … END_OF_DOCUMENT_TOKEN_TO_BE_REPLACED