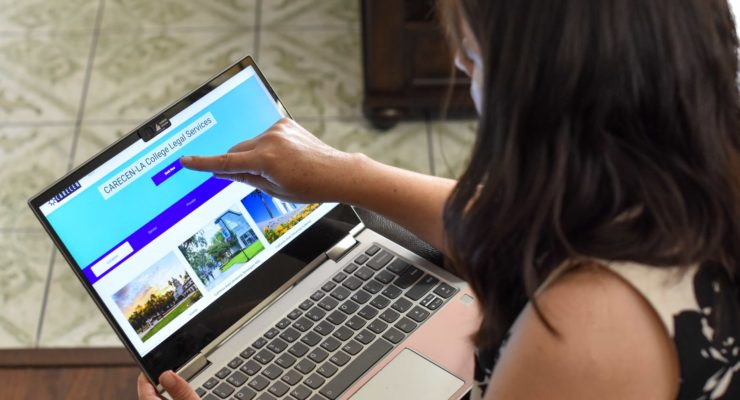 When she’s not hiking or spending time with her family, attorney Elda S. Rosales, located in San Bernardino, aims to bring immigration-related assistance to the community. Graduating from University of La Verne College of Law, she joined the CARECEN team in August of 2019 and has since guided students from CSUSB and Cal Poly Pomona.  Q: What is CARECEN?  A: CARECEN is a nonprofit organization established in 1983 by a group of refugees seeking to change an unjust immigration system. CARECEN empowers Central Americans and all immigrants by defending human and civil rights, working for social and economic justice and promoting cultural diversity. Q: When and where on campus can the … END_OF_DOCUMENT_TOKEN_TO_BE_REPLACED 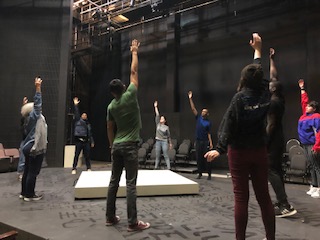 America has always been seen as a country built upon the backs of immigrants. Almost everyone in this country has their own stories and experiences about immigrating to America, whether that be their own or their ancestors’. Rowing to America: The Immigrant Project, directed by Kathryn Ervin, will capture some of the diverse stories about immigrating to America. Rowing to America: The Immigrant Project is a production made up of nine one-act plays, all written by different authors, that showcase different perspectives about immigration. These one-acts vary in time period and origins of the main characters. One play is about a Japanese woman who struggles to learn English, another is … END_OF_DOCUMENT_TOKEN_TO_BE_REPLACED

Maria Maldonado is the director of the Undocumented Student Success Center (USSC) on campus. Maldonado and her team are determined to help immigrant students as much as they possibly can by offering them several resources. The USSC created an institution called Immigrant Parent Rising (IPR) Institute where they teach the parents of the immigrant students how they can advocate for their kids' success. Q: What does it mean to be a DREAMER/undocumented? A: Undocumented means not having a legal residency or citizenship status in the U.S.A. These are members of our community who were not born in the U.S. and came with or without a legal entry and overstayed their “visiting” visa or … END_OF_DOCUMENT_TOKEN_TO_BE_REPLACED 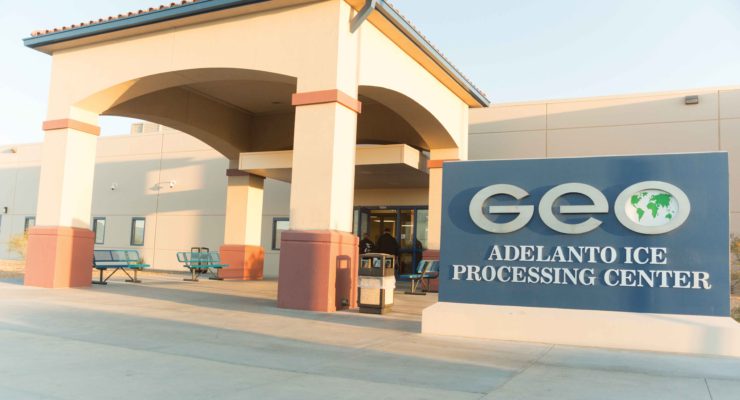 Troubled by the Immigration and Customs Enforcement (ICE) stories, I set out on a quest to find out more details from the people affected by the immigration policies. Every year, the number of immigrants detained by ICE rises, but as the number of detainees rises so do the allegations made against the agents who take them away. Before I began my search for undocumented immigrants who would be willing to speak with me, I got an interview with SEVIS Coordinator Marco Lagos at CSUSB in hopes of understanding the situation better. He is one of many who works with international and immigrant students at CSUSB. “When I thought about the possibility of working for a university where … END_OF_DOCUMENT_TOKEN_TO_BE_REPLACED 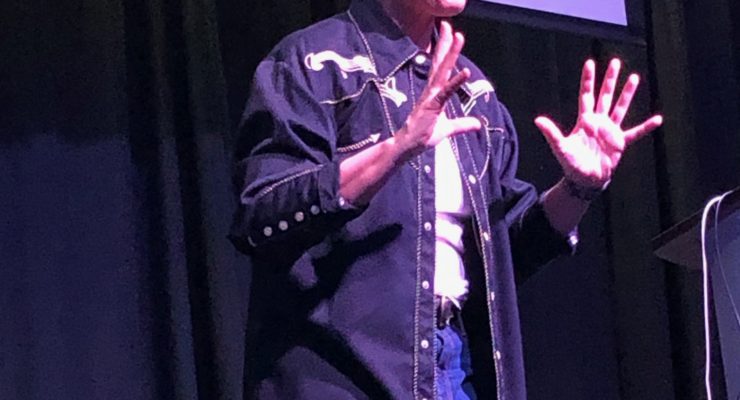 By Julia Carney and Destiny Johnson When people are asked what kind of music they listen to, their response is usually along the lines of “anything but country.” On May 2, Dr. Nadine Hubbs joined CSUSB students and faculty members to help them understand the complex reasons surrounding these opinions.   Conversations on Diversity is an event held three times a year by the University Diversity Committee of CSUSB. Guest speakers are invited to talk about diversity. For this event, the University Diversity Committee welcomed Dr. Nadine Hubbs to speak on “What Country Music Can Teach Us about Sex, Race, Class, and Immigration in America.” She made it clear that her presentation was … END_OF_DOCUMENT_TOKEN_TO_BE_REPLACED

Today’s ongoing immigration policies not only target migrants that live in or journey to the US, but also target individuals caught in domestic violence situations who cannot report their abuse due to their immigration status and fear of deportation. A workshop titled “#JourneyToSafety – Intersections of Domestic Violence and Immigration” was held at the San Manuel Student Union (SMSU) Fourplex on Oct. 25 to inform students of the ongoing social justice issue. Campus Advocate for Survivors of Sexual Assault, Dating Violence and Stalking and event’s organizer, Marina Rodriguez, hosted the event with VOICE and the Undocumented Student Success Center (USSC) in honor of Domestic … END_OF_DOCUMENT_TOKEN_TO_BE_REPLACED

By Keith Riva | Staff Writer | Undocumented students at California State University, San Bernardino are taking a new approach to fighting stereotypes, misrepresentations, and legality. President Donald Trump’s presidential promise to better enforce immigration laws on those in the United States illegally often brings fear. In a combative effort, the response from undocumented students and community members fight back, but not with violence. CSUSB professor Liliana Conlisk-Gallegos, along with students from her Communication 343 class, put on an art expo where undocumented individuals could express themselves through art on Tuesday, Mar. 7. Offered at the event were platforms such … END_OF_DOCUMENT_TOKEN_TO_BE_REPLACED 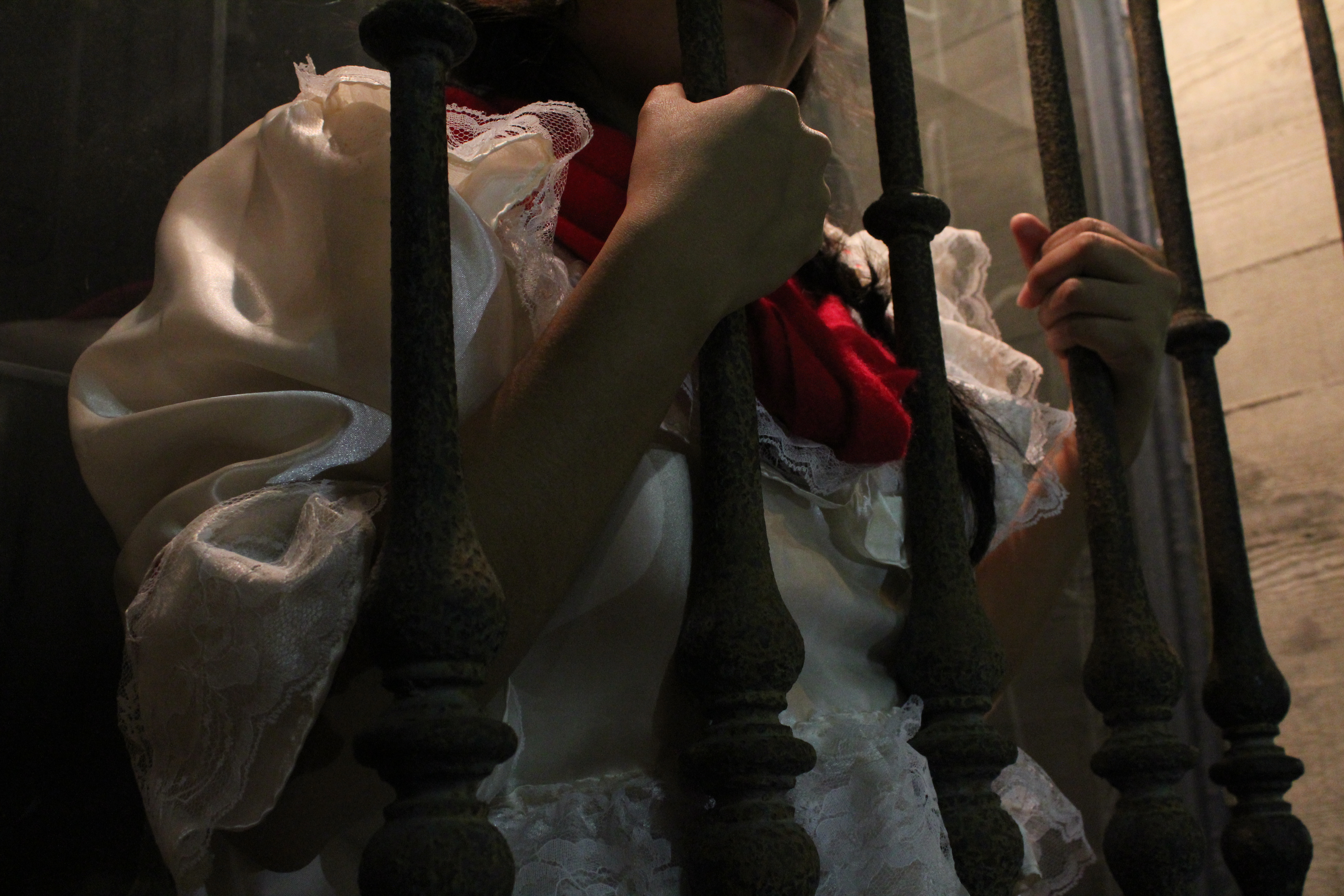 By Brittanie Gutierrez |Staff Writer| Immigration raids have increased following President Donald Trump's executive order to crack down on immigration, causing nationwide uproar. Arrests took place across the nation, with 13 of them occurring in San Bernardino. Immigration and Customs Enforcement (ICE) arrested over 680 illegal immigrants with records of criminal activity, over the second week in February. "It's disturbing. From a historical standpoint, nobody in America is technically a true American," said history minor student Joanna Barry. For some, these raids were disheartening. “I felt heartbroken when I heard about these raids,” said student Loida Ramirez. “Yes, … END_OF_DOCUMENT_TOKEN_TO_BE_REPLACED

By Brittanie Gutierrez |Staff Writer| Activists and protesters gathered in the streets of Downtown Los Angeles to take part in the historic Women's March on Jan. 21. Los Angeles was just one of many cities that held the march, which originated in Washington D.C. The march started from Pershing Square and would have lead up to City Hall but due to the amount of protesters, the march split up and took over many blocks in the City of Angels. According to the Women's March LA Twitter page, an estimated 750,000 people attended. Women's reproductive rights, immigration, LGBTQ support and human rights were some of the motives behind thousands of people walking. "I've always been … END_OF_DOCUMENT_TOKEN_TO_BE_REPLACED

By Israel Ramirez |Staff Writer| Briefs Nov. 13 “San Diego College bus accident” A bus carrying the San Diego Christian College men’s basketball team sparked into flames Sunday morning in Chino Hills, after being rear-ended by a local resident. The driver of the vehicle died at the scene after ending up underneath the tour bus. All 19 members of the team, and bus driver escaped the fiery crash. “Stanislaus deputy killed” A 20-year veteran to the police force was killed on Sunday in Stanislaus County. Deputy Dennis Wallace was shot at point-blank range according to Foxnews.com  The suspect 36-year-old David Machado, was arrested hours later after trying to rob a … END_OF_DOCUMENT_TOKEN_TO_BE_REPLACED