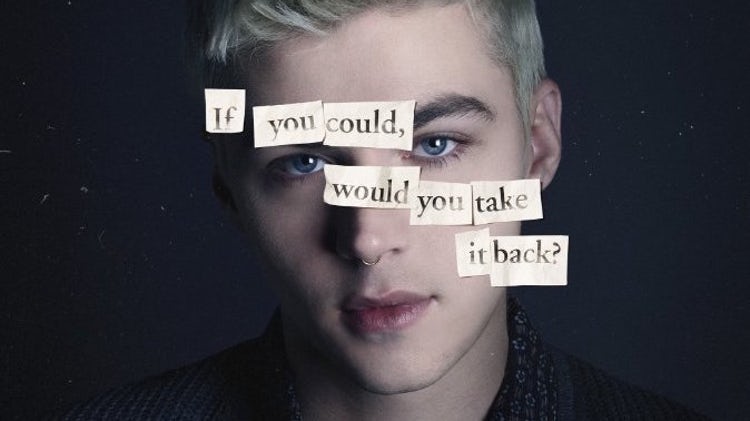 By Arturo Brooks |Staff Writer| Suicide, a hot topic brought under the spotlight because of the popularity and trending of Netflix Original series,”13 Reasons Why,” is causing controversy and concern with the shows portrayal and representation of suicide in contemporary culture. I have pondered for a while now whether if I should do this topic due to the sensitivity of the subject. Suicide is never an easy topic, which is why we need to discuss it more often, instead of holding off on the conversation until it is already too late. This is hard to discuss, not only for me, but for any individual personally. Suicide is one of the leading causes of death in the United … END_OF_DOCUMENT_TOKEN_TO_BE_REPLACED

By Saeed Villanueva |Staff Writer| A year after the San Bernardino terrorist attack, the city continues to work with the community to build awareness and ensure public safety. On Dec. 2, San Bernardino and CSUSB is partnering together to host an event called “Honor. Reflect. Rebuild,” in the Coussoulis Arena at 6 p.m., which would mark the one year anniversary of the tragic mass shooting. The terrorist attack that took the lives of 14 people while severely injuring 22 others, happened at the Inland Regional Center off of South Waterman Avenue last December. The attack was one of the deadliest mass shootings in U.S. soil. “Honor. Reflect. Rebuild” isn’t only an event to … END_OF_DOCUMENT_TOKEN_TO_BE_REPLACED

By Saeed Villanueva |Staff Writer| As Barack Obama's presidency winds down, Americans' take a look back at his time in office over the past eight years. Obama made history by becoming the first African-American ever to be elected president of the U.S., which came with a lot of pressure. Obama currently has a approval rating of 57 percent, the highest in four years, according to the most recent poll from Gallup. His list of accomplishments have included bringing the country out of a bad recession by signing the $787 billion American Recovery and Reinvestment Act in 2009 which led to economic growth for the country. In 2011, he ordered a special force team to raid a secret … END_OF_DOCUMENT_TOKEN_TO_BE_REPLACED

By Ray Beasley |Staff Writer| The Coyotes clinched a CCAA tournament playoff spot on May 5 by sweeping their home doubleheader against Dominguez Hills. Courageously battling back after being down two games in a four-game series, the Coyotes demonstrated their consistent mental resilience. Originally, the Coyotes took the field with their eyes set on coming home as league champs resulting from a series sweep.After losing two games at the Toros home stadium, however, they found themselves in a battle just to make the playoffs. The Coyotes refused to accept defeat as they battled valiantly through an exhausting 12-inning game. With their season on the brink of ending and their … END_OF_DOCUMENT_TOKEN_TO_BE_REPLACED

By Ray Beasley |Staff Writer| Despite an incredible comeback attempt during the final three quarters of the game, water polo lost their weekend match up on April 7 against Fresno Pacific, 13–15. The Coyotes were trailing Fresno Pacific 1–6 after the first quarter but outscored their opponents 12–9 over the final half of the game. Despite the amazing effort the Coyotes made during the last half of the game, Fresno Pacific handed the Coyotes their 26th loss of the season. Fortunately, there were a few standout players hidden amongst the heartbreaking loss. Misty Vu had an amazing game, leading the Coyotes in scoring with five goals. Her teammate Jasmine Duran, not far behind, … END_OF_DOCUMENT_TOKEN_TO_BE_REPLACED