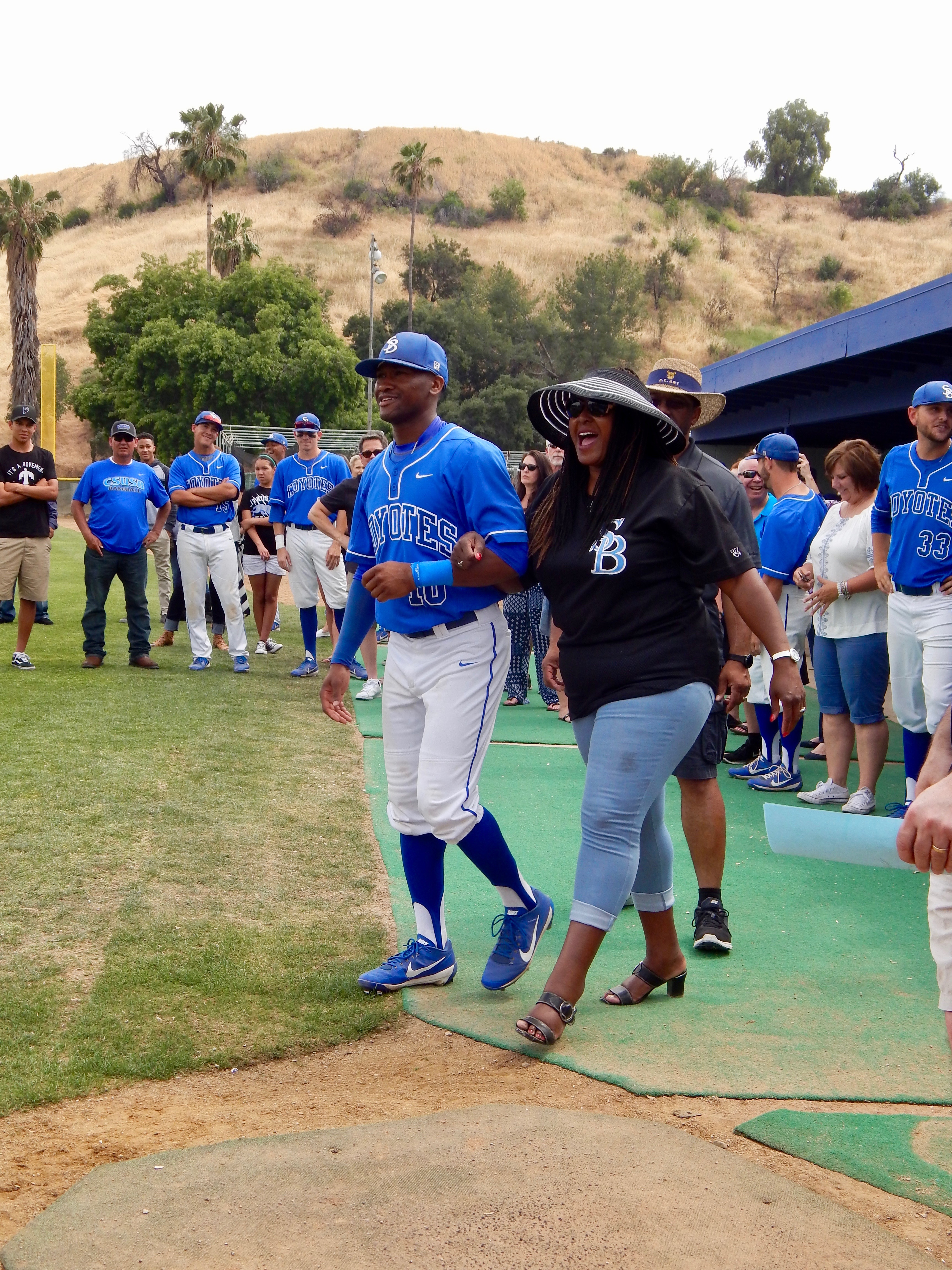 By Lauren Jennings |Sports Editor| The Coyote baseball team wrapped their season with an 11-3 win against the Tritons of UC San Diego. This season was a bit of a damper compared to last year which featured a trip to the CCAA playoffs. During the offseason, Coyotes ace pitcher, Tyler Wells was drafted by the Minnesota Twins, causing a loss of depth in the pitching rotation. Nine players graduated, putting a big hole in the team's roster. This required a major rebuild for head coach Dave Martinez. Last year the team posted a 22-29 record, earning more than 20 wins for the first time since the 2012 season when Don Parnell was head coach. This season, the team's overall record … END_OF_DOCUMENT_TOKEN_TO_BE_REPLACED

Kiara Paul |Asst Sports Editor| Coyote women's basketball dominated in their game against the Cal State Los Angeles Golden Eagles on Jan. 22, winning 70-53. Adriana Brodie and Sophie Bhasin pushed hard in this game. Both ladies played 27 minutes and led their team to victory. Brodie was in the zone on Friday night, scoring 21 points throughout the game, a career-high for her. Bhasin scored 12 points and came through for her teammates with 5 assists. The first quarter started with a three-pointer by Chelsea Austin, which ignited the crowd for an entire night of cheering. The Golden Eagles were not about to stay behind for long. Within minutes, they followed with a two … END_OF_DOCUMENT_TOKEN_TO_BE_REPLACED

By Lily Perez |Asst. A&E Editor| Women’s volleyball ended their regular season on a high note after two consecutive wins against Cal State Los Angeles Golden Eagles and Cal State Dominguez Hills Bulls. On Nov. 13 Coyotes faced the Golden Eagles in what would turn out to be an intense match for their 3-1 win. The home game had Coyotes working extra hard after trailing behind the first set with a set score of 23-25. The crowd of spectators looked on with great support and belief that the Coyotes could rise up and dominate the court like they have done countless times before. To no ones surprise the small set-back did not hold the Coyotes down for too long as they took back control of … END_OF_DOCUMENT_TOKEN_TO_BE_REPLACED

By Richard Burrud | Staff Writer Coyote Women’s Soccer team took their fifth win in Sundays game against California State University of Los Angeles. The Golden Eagles and Coyotes were tied at the half, until freshman Paige Kang was able to capitalize on a rebound in overtime and was the difference maker in a close game against the Golden Eagles. Coyote defense held strong and according to Coach Travis Clarke, “if the team is able to score at least one goal in a game we have a great chance of winning”. In the second half the Coyotes were able to get more shots on goal, although Clarke said, “CSULA was playing tough defense.” Although, the Eagles had 10 shots on goal the Coyotes … END_OF_DOCUMENT_TOKEN_TO_BE_REPLACED