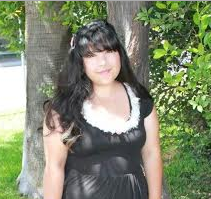 By Gina Miranda |Staff Writer| While many students view graduation as the end of their academic careers, Moreno has forgone walking in the 2014 graduation ceremony because her education is far from completed. Moreno will continue her studies as a graduate student at California State University, Fullerton (CSUF) with an emphasis in mass communication research and theory. “I am choosing to attend grad school because I am not done with my formal education, I feel that I have learned a great deal at CSUSB over the past two years but there’s so much more,” said Moreno. In the past, Moreno was a theatre student at CSUF and plans to fully immerse herself into the arts this … END_OF_DOCUMENT_TOKEN_TO_BE_REPLACED 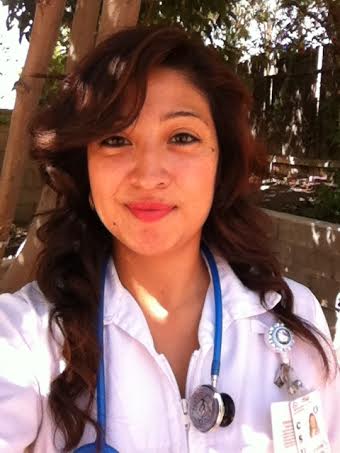 By Gina Miranda |Staff Writer| Joanne Rivera is one of many graduating seniors from CSUSB who is earning her Bachelor's of Science in Nursing this quarter. In just a few weeks, her all night study sessions, flashcard trivia, medical jargon and dedication will be celebrated in the 2014 Graduation ceremony. “I am super excited to graduate. I wasn’t sure this day would ever come. A part of me is still shocked that I made it this far. It took me seven years to get to this point and now that graduation is just around the corner the entire experience seems so surreal,” said Rivera. Rivera has attended CSUSB as a part-time student for roughly seven years, four of which she dedicated to … END_OF_DOCUMENT_TOKEN_TO_BE_REPLACED

By Gina Miranda |Staff Writer| Bruce Allen, the newly appointed President of The Washington Redskins, responded in a letter to senate Majority leader Harry Reid stating that the team logo is not racist and instead shows “reverence” toward Native Americans. Redskins owner Daniel Snyder has opted for tradition and refuses to change the team logo. On behalf of the Washington fran- chise, Allen commented on the racial al- legations. “Our use of ‘Redskins’ as the name of our football team for more than 80 years has always been respectful of and shown reverence toward the proud legacy and tra- ditions of Native Americans,” wrote Allen. Allen’s letter references history … END_OF_DOCUMENT_TOKEN_TO_BE_REPLACED

By Gina Miranda |Staff Writer| Former NFL players are suing the league for their unethical practices in masking injury with pain killers for player performance and financial profit. Nearly 500 former NFL players are seeking compensation for their post career ailments, claiming NFL doctors would keep players in the dark about their health and game related injuries. Steven Silverman, an attorney for the players, said in a statement, “The NFL knew of the debilitating effects of these drugs on all of its players and callously ignored the players’ long-term health in its obsession to return them to play.” Players perform in sixteen regular season games, with the possibility of playoff … END_OF_DOCUMENT_TOKEN_TO_BE_REPLACED

By Gina Miranda |Staff Writer| The United States men’s national soccer team is preparing to compete in the 2014 World Cup. U.S head coach Jurgen Klinsmann has just announced 30 potential players for the United States roster with preliminary evaluations underway. “These next couple of weeks will allow us to make the final determinations on the best 23-man unit to represent the United States in the World Cup,” said Klinsmann. Potentials players have already begun conditioning at Stanford University where they are expected to compete over the next few weeks. Among those is Landon Donovan, a Redlands California native and midfielder for the Los Angeles Galaxy. A final roster for the … END_OF_DOCUMENT_TOKEN_TO_BE_REPLACED

By Gina Miranda |Staff Writer| Kevin Durant, Oklahoma City’s shining star was named the NBA’s Most Valuable Player (MVP).  The 25-year-old forward for the Oklahoma City Thunder also won this year’s scoring title for the fourth time in five years. Durant's acceptance speech was heartfelt, humorous, and reminiscent of his humble beginnings as a young basketball player. A tearful and barely audible Durant publicly thanked his mother for being the motivating force behind his success. "We weren't supposed to be here, you made us believe, you kept us off the street, you put clothes on our back, food on the table, and when you didn't eat, you made sure we ate," Durant continued, “You … END_OF_DOCUMENT_TOKEN_TO_BE_REPLACED

By Gina Miranda |Staff Writer| Donald Sterling became the NBA’s biggest villain on April 29. Sterling, the franchise owner of the Los Angeles Clippers, received a lifetime ban from the NBA. An audio recording of Sterling barking racist remarks about African-Americans went viral this weekend wreaking havoc on the NBA and its affiliates. Adam Silver, the newly appointed commissioner of the NBA held a press conference to establish order within the NBA. “Accordingly, effective immediately, I am banning Mr. Sterling for life from any association with the Clippers organization or the NBA,” said Silver. “Mr. Sterling may not attend any NBA games or practices, he may not be … END_OF_DOCUMENT_TOKEN_TO_BE_REPLACED

By Gina Miranda | Staff Writer | CSUSB student recreation and fitness center (SRFC) personal trainers are offering a beneficial Q&A to help those workout “I dont knows.” Students and faculty have the option to hire a personal trainer on campus to improve their health and fitness. “Personal trainers will assess your goals and help you reach them,” said Katherine Brobst, a student and personal trainer at CSUSB. Anyone looking to breathe life into their dull and repetitive workouts should consult with a trainer for individualized training programs. “Expectations and workouts are different for each client, so they should expect evolving routines as goals are met with notable … END_OF_DOCUMENT_TOKEN_TO_BE_REPLACED

By Gina Miranda |Staff Writer| The UCONN Huskies defeated the Kentucky Wildcats for the 2014 NCAA men’s Basketball Championship winning their second champion title in three years. The Huskies were able to clench the title with a 60-54 victory over Kentucky during Monday night’s final in Arlington, Texas. The Huskies are one of six schools in NCAA history to claim four championship titles. UCONN was the seventh seed going into Monday night’s final, Shabazz Napier and Ryan Boatright led the Huskies to victory with a combined performance earning 36 points, ten rebounds, and six assists during the game. Husky guard and second leading scorer Boatright suffered a potentially game … END_OF_DOCUMENT_TOKEN_TO_BE_REPLACED