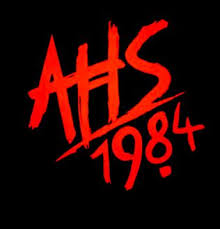 Season 9 of American Horror Story (AHS) created by Ryan Murphy brings back the 80's slasher films era. A perfect way to kick off this year's "spooky season." AHS: 1984 follows the Camp Crystal Lake theme from Friday the 13th. This season focuses on a group of young adults in Los Angeles heading into the newly reopened Camp Redwood in escape of the summer heat as camp counselors. After being warned that reopening Camp Redwood is a mistake, the gang still heads for the woods, as any 80's slasher film cast would. AHS: 1984 is continuing to slowly tie in seasons together, such as season 5, AHS: Hotel. Although it may not be the last season, the main actors Sarah Paulson and Evan … END_OF_DOCUMENT_TOKEN_TO_BE_REPLACED

By Taylor Vermillion |Staff Writer| Popular television network FX premiered its newest original mini-series “Fargo” on Tuesday, April 15 starring Academy Award winner Billy Bob Thornton and Colin Hanks. FX hosts many popular television series, including “Sons of Anarchy” and “American Horror Story.” It seems that "Fargo" is heading for the same amount of popularity.   The series is a screen adaptation of the 1996 cult classic film of the same name, developed by legendary Hollywood directors Joel and Ethan Coen. The Coen brothers have signed on to the series as executive producers, and are also credited as writers. The season’s first episode entitled “The Crocodile’s Dilemma,” … END_OF_DOCUMENT_TOKEN_TO_BE_REPLACED

By Kimberly Rosales |Staff Writer| A few recently debuted television shows are expected to be the heavy hitters in a new year of television programming for 2012.  But not all syndicated programs are safe. Shows like New Girl and 2 Broke Girls have become unexpected hits for their respective networks. FOX’s New Girl premiered with approximately 10.3 million viewers while CBS’s 2 Broke Girls premiered with approximately 19.4 million viewers. TV by the Numbers reports that both shows have retained their higher rating in their time slots on primetime broadcasting. 2 Broke Girls however has recently been rocked by criticism.  Entertainment Weekly reported that the show is being … END_OF_DOCUMENT_TOKEN_TO_BE_REPLACED