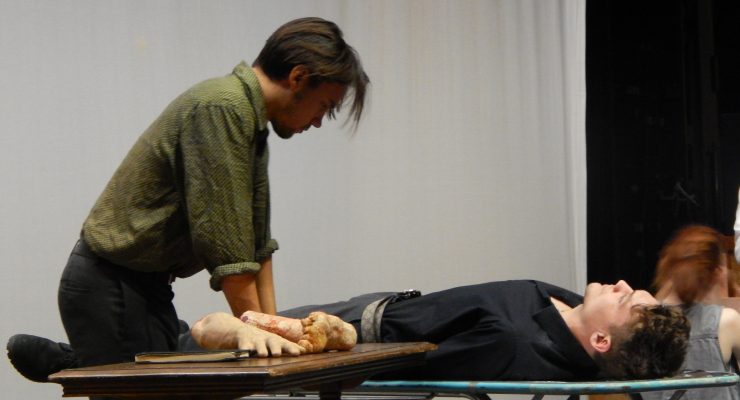 The CSUSB Theatre Arts department will continue to present its 2017-18 play lineup themed Power & Control with its upcoming production of "Frankenstein." Opening at the Barnes Theatre stage on March 9 and continuing its run on March 10, 15, 16, and 17 at 8 p.m. and March 11 and 18 at 2 p.m., this adaptation of Mary Shelley's classic gothic tale will be directed by professor Tom Provenzano. Having directed twenty plays over the course of his 24 years teaching at CSUSB, Provenzano has been wanting to direct this particular play for quite some time. Due to difficulties with obtaining the rights to the script of a pre-existing London production of Frankenstein, he decided he would write … END_OF_DOCUMENT_TOKEN_TO_BE_REPLACED

By Cassie Coughlin |Staff Writer| In an effort to promote "Zoolander," the king of fashion Derek Zoolander strutted down the runway of the 2015 Paris Fashion Week, but his performance couldn't prevent the film from flopping in the box office it's opening weekend. In a report by Rotten Tomatoes, the film gained a 34 percent like score from audience viewers, and a 22 percent Tomatometer score, which is the percent of critics who gave the film a positive review. Even though the film didn't do as well as expected, there was plenty of hilarious advertisement material leading up to the release. Promotion for the film began when main characters Derek, played by Ben Stiller, and Hansel … END_OF_DOCUMENT_TOKEN_TO_BE_REPLACED

By Diana Ramos |Staff Writer| Mary Shelly’s “Frankenstein” hit the California Theater on Feb. 14 -16 bringing in a full house at $80 per ticket. This new thrilling spin-off of the classic tale Frankenstein takes a complete left turn with the monster’s character. Instead of having a dim-witted monster like most writers have in their version of “Frankenstein,” Mary Shelly had a fast learning monster with a robotic like brain that was able to learn how to read, write and reason all in less than a year. The actors that performed in “Frankenstein,” held in the California Theater were good at making you feel the emotions they were portraying. The actor that played Frankenstein’s … END_OF_DOCUMENT_TOKEN_TO_BE_REPLACED