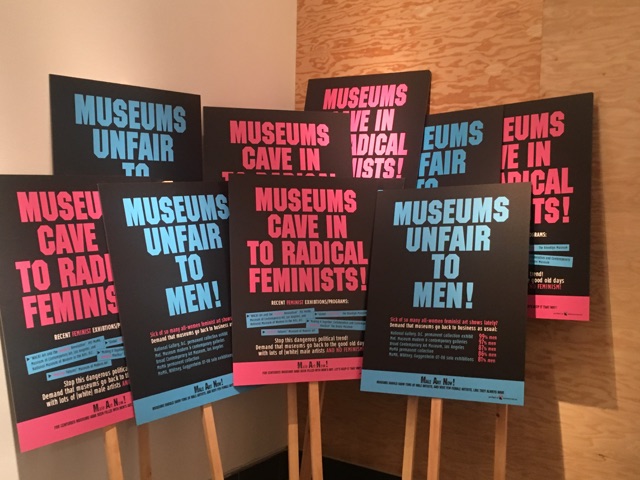 By Samantha Flores & Janet Martinez |Staff Writers| The Guerrilla Girls have come to CSUSB to display, challenge, and discuss the role of gender and inequality within the fine arts. The group of masked women devote themselves to represent women artists and create opportunities for their art to be displayed. They do not use their real names. Instead, they use names of dead artists to protect their identity and stay anonymous along with the gorilla masks they use. One of the purposes for wearing the "masks" is that they separate their real life and the organization. "I am so happy that RAFFMA was able to bring this important exhibition and with it the opportunity to hear … END_OF_DOCUMENT_TOKEN_TO_BE_REPLACED

By Arthur Medrano | Staff Writer | The Department of Music and Voice presented “The Seven Deadly Sins” Feb. 5 and Feb. 13 in the Performing Arts Recital Hall on the campus, as well as The Vine Theatre at the Bernardo Winery in San Diego. Director Stacey Fraser, of the CSUSB Opera Theatre, presented Kurt Weill and Bertolt Brecht’s sung ballet, which struck a dramatic punch amongst the audience with their invoking stage presence. The story shows us the toll the prohibition era took as it compromises the life of Anna, who holds an internal divide preventing her to accumulate wealth for her family. Having been a part of the opera herself, Fraser provides a stunning performance … END_OF_DOCUMENT_TOKEN_TO_BE_REPLACED