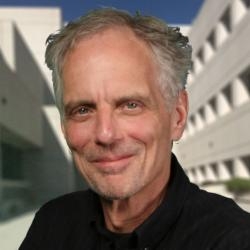 By Joseph Bedard Electronic media manipulation is impacting our current epistemology and has left our democracy flawed. Charles Metts, Ph.D. is an Associate Professor at CSUSB. He has been a researcher in the areas of contemporary critical theory, visual culture, media criticism and aesthetics. His paper, “Reclaiming the Typographic Mind in an Age of Authoritarian Aesthetics and Bliss” was presented at the Union for Democratic Communication Conference, Media, Resistance, and Justice: The Fight for Humanity. Being a concerned professor for our democratic future, Dr. Metts provides his outlook on the promotion of pro-authoritarian ideologies through social media platforms. Q: During … END_OF_DOCUMENT_TOKEN_TO_BE_REPLACED

By Angelice Romero |Staff Writer| It has been 61 years since Puerto Rico became a commonwealth of the United States, so why is it still not a state when it obviously should be? The answer is politics. Being Puerto Rican-American, I see firsthand the struggles Puerto Rico is going through and how becoming a state would benefit us. The education system in Puerto Rico is terrible and lacks major funding. According to The New York Times, riots started because of a 50 percent tuition increase of $800. This not only shows the struggles of the University of Puerto Rico campuses but it also represents the struggle of Puerto Rico and it’s people. The 2010 and 2012 census in Puerto Rico shows … END_OF_DOCUMENT_TOKEN_TO_BE_REPLACED