By Essence Dennis |Staff Writer| The issues within the city of San Bernardino were discussed at the city council meeting held on Tuesday, Feb. 18. Important topics presented at the council meeting were the city’s bankruptcy, Omnitrans, and San Bernardino’s new mayor. Carey Davis, who was elected new mayor of San Bernardino on Feb. 4, was the topic of some discussion during the meeting. “I don’t think voting for a new mayor is a good idea because of all the money troubles we’ve had so far,” said student Monica Pham-Luu. His inauguration will be held on March 3, 2014, but until then he will continue working half days at his job at Hehr International before transitioning to … END_OF_DOCUMENT_TOKEN_TO_BE_REPLACED

By Angel |Staff Writer| An overflow of people crowding into the hallway of CSUSB’s theater as mayoral candidates Carey Davis and Wendy McCammack answered questions from the public and panel on Wednesday, Jan. 22, 2014. Both candidates addressed claims of dishonesty while furthering their political stances on the city’s issues. San Bernardino Generation Now partnered with CSUSB, The Sun, and the CSUSB chapter of Pi Sigma Alpha Honor Society to host the debate and town hall meeting. The event drew more people than the 188-seat theater could hold making an overflow room required to accommodate the excess guests. Both candidates started off by praising the audience for their turnout and … END_OF_DOCUMENT_TOKEN_TO_BE_REPLACED 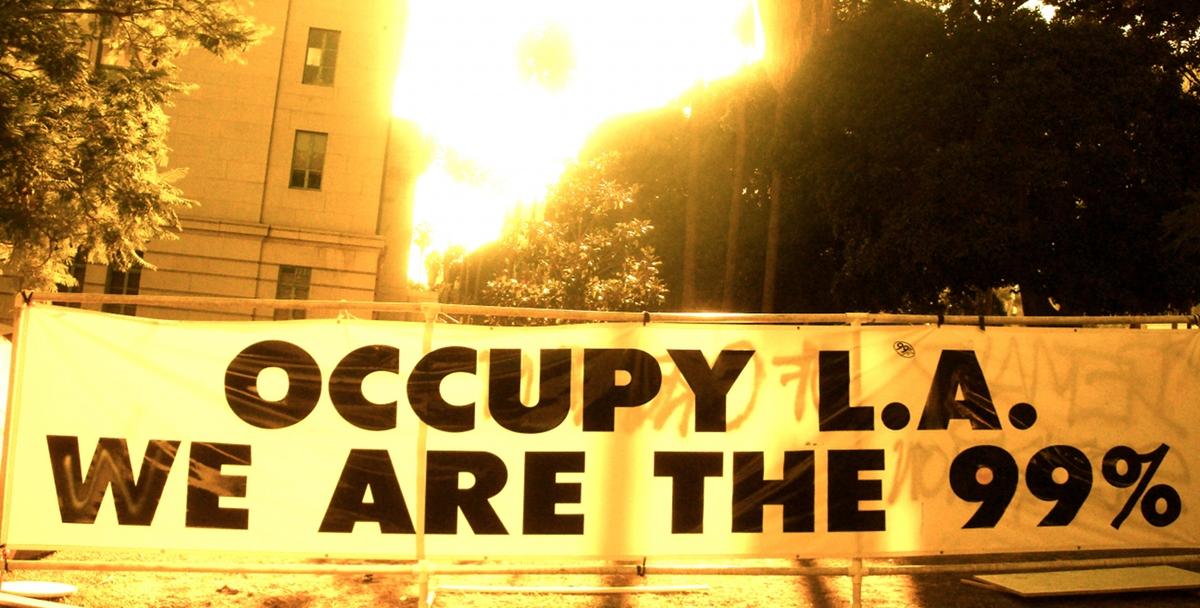 By Eric Brown |Managing Editor| While #occupywallstreet has taken off to infect entire cities, campuses and people across the world, San Bernardino has been relatively slow to follow suit in its demonstrations until recently. With demonstrations taking place on the city beginning Nov. 17, the movement seems poised to take it on campus  at CSUSB next. A meeting was held Tuesday Nov. 22  outside the Blue Coyote Pub in the SMSU with an average attendance of 30 plus attendees throughout the meeting. The meeting was a collaboration of concerned and interested students, mostly on behalf of CSUSB's Students for Quality Education (SQE), although it is important to note that not all students … END_OF_DOCUMENT_TOKEN_TO_BE_REPLACED