By Lauren Jennings |Staff Writer| Intramural Sports are a fun way for the "average Joe" to participate in sports that they enjoy or want to try in their free time. The Student Recreation & Fitness Center (Rec Center) offers flag football, volleyball, indoor and outdoor soccer, dodgeball, basketball and softball, all of which are co-ed. CSUSB offers two leagues of intramural sports, an independent league and a fraternity league. The fraternity league offers the same sports as the independent league and features members of Sigma Chi, Delta Sigma Phi, Sigma Phi Epsilon and Sigma Nu. Basketball is played with five players for each team and consists of two 20 minute … END_OF_DOCUMENT_TOKEN_TO_BE_REPLACED 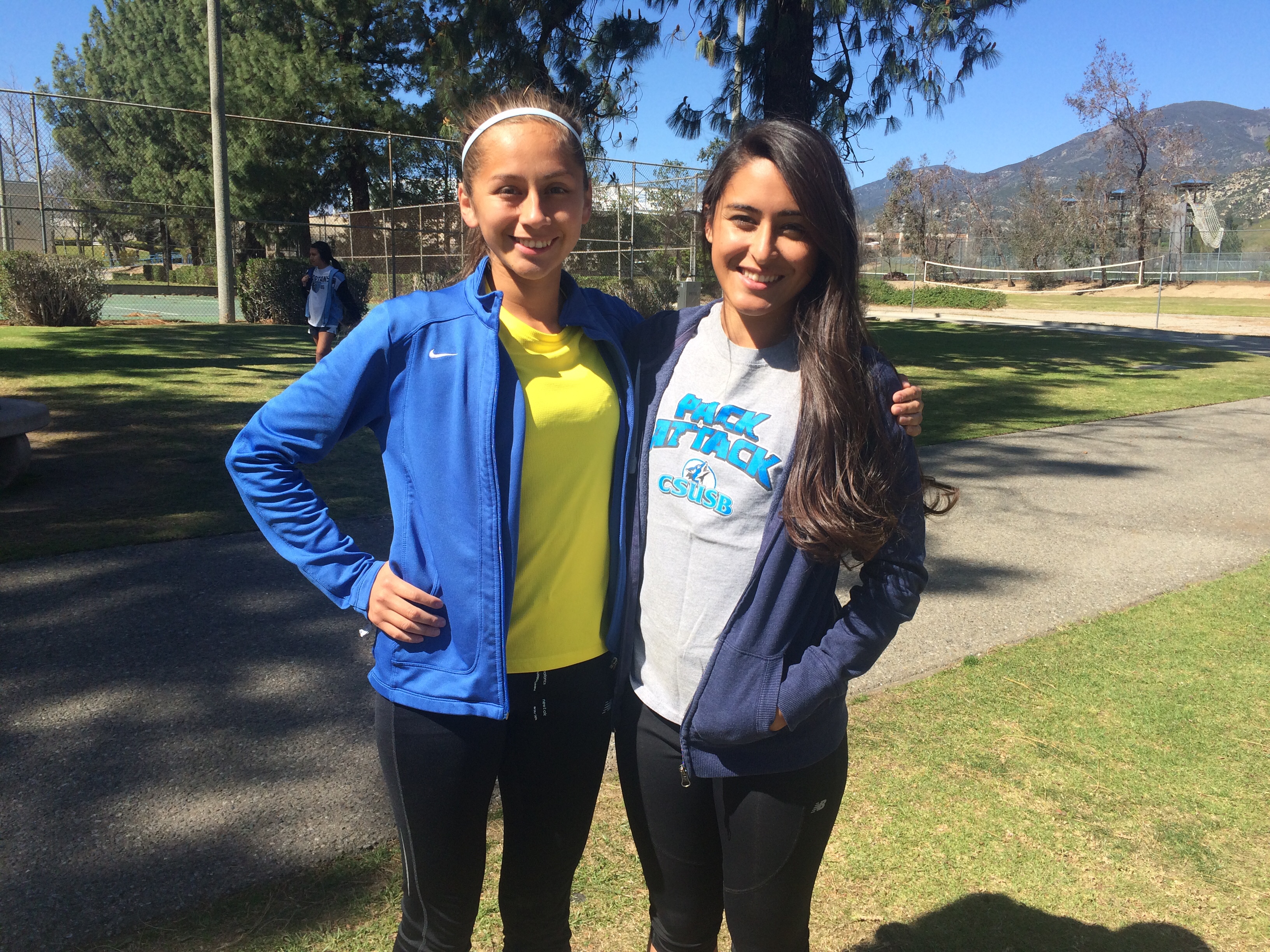 By Emmanuel Valadez |Staff Writer| Women's Track and Field is leaving a mark this 2015 season here at CSUSB, with their first meet in CSUSB history.  Due to the absence of an established track team for the school, several athletes ran in the school's cross country team during the fall season. Therefore the athletes, who wanted to participate  in track during the spring season, had to participate individually in track and field competitions around the state. This made it very difficult for the athletes because they had to cover their own competition and travel fees. During the years that CSUSB didn't have a track and field team, students have participated in track meets in … END_OF_DOCUMENT_TOKEN_TO_BE_REPLACED

By Javier Rodriguez |Staff Writer| The Coyote women’s volleyball team swept the Cal State Stanislaus Warriors and Chico State Wildcats during the Halloween weekend. As the team headed up North to compete, they knew regionals were in the near future. There were many positive vibes following the team from friends and family. In the spirit of Halloween, Outside Hitter Ashley Solis’ parents put together a scarecrow family, consisting of a picture of the team’s three coaches inserted onto the scarecrows: Kim Cherniss, Danny Scott, and Mike Gutierrez. The team appreciated this warm gesture, in addition to the family and friends who made the trip to watch them play. They’ve been hard at … END_OF_DOCUMENT_TOKEN_TO_BE_REPLACED

By Jasmine Gonzales |Staff Writer| CSUSB women’s volleyball team is still in the running for the Conference Championships after defeating Cal State Monterey Bay Otters on Oct.15, and the Cal State East Bay Pioneers on Oct. 18. Coyotes fought hard against the Otters, winning 3-0 in the Coussoulis Arena. The Otters put up a strong fight in the first match, only trailing the Coyotes by one, but eventually fell short after allowing two aces, ending the match at 28-26, with the Coyotes on top. The Coyotes went into the game strong, “we have a high confidence level based on past results,” said Head Coach Kim Cherniss. In the second match, the Coyotes showed great teamwork, being in sync … END_OF_DOCUMENT_TOKEN_TO_BE_REPLACED

By Jasmine Gonzales |Staff Writer| Coyote Sophomore Goalkeeper Emily Whyte puts up a strong defense against opponents leaving them with a 15 percent chance to score. The average percentage of scoring on CSUSB's opposing goal keepers is about 28 percent, states the CSUSB Athletics web site. In the Coyote's past two games Whyte blocked a total of 12 goal attempts. On Oct 3, CSUSB women's soccer team was defeated by the University of California San Diego (UCSD) Tritons 2-0.  The Coyotes attempted five shots in the first half while Tritons women attempted four but by the end of the second half UCSD had out shot the Coyotes 11-9. Coyote's Jasmine Williams attempted the first … END_OF_DOCUMENT_TOKEN_TO_BE_REPLACED

By Gina Miranda |Staff Writer| Former NFL players are suing the league for their unethical practices in masking injury with pain killers for player performance and financial profit. Nearly 500 former NFL players are seeking compensation for their post career ailments, claiming NFL doctors would keep players in the dark about their health and game related injuries. Steven Silverman, an attorney for the players, said in a statement, “The NFL knew of the debilitating effects of these drugs on all of its players and callously ignored the players’ long-term health in its obsession to return them to play.” Players perform in sixteen regular season games, with the possibility of playoff … END_OF_DOCUMENT_TOKEN_TO_BE_REPLACED