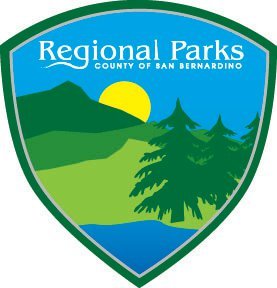 By Aaron Wolf |Staff Writer| It's summer time and let's face it, there is not enough money in your budget for a dream vacation to Hawaii. Enter the California State and Regional Park system. San Bernardino County is home to several national, regional and state parks. The parks are easily accessible and everyone is welcome. San Bernardino County is home to a variety of activities available to you at a limited cost and drive time. Glen Helen Recreation Area is the closest Regional Park to the CSUSB campus. According to the San Bernardino County's Regional Parks webpage, "located at the base of the chaparral covered hills of the Cajon Pass with scenic views of both the San … END_OF_DOCUMENT_TOKEN_TO_BE_REPLACED

By Aaron Wolf |Staff Writer| Walking down a narrow path you feel calm and relaxed. The birds are chirping and bees are buzzing. You are one with nature. This relaxing and fulfilling experience could be yours. CSUSB Recreation and Wellness Center (Rec Center) offers camping trips throughout the quarter. The trips are scheduled between May and September and a variety of locations are explored. The next destination is Yosemite National Park. This trip is scheduled for April 29 through May 1. Sign-ups conclude on April 27. According to the Adventure Guide, Yosemite is one of the first and most popular parks in the United States. Yosemite is known for its beautiful views and … END_OF_DOCUMENT_TOKEN_TO_BE_REPLACED

By Shelby Hancock |Asst Sports Editor| Save big bucks and have a blast this summer by renting summer sports equipment from the Student Recreation and Fitness Center. The Rec Center Outdoors program offers a variety of low cost summer sports rentals for CSUSB students. The kayaking package ranges from $22 to $43 depending on single or tandem kayak, snorkeling packages range from four to six dollars, surf packages are $25 and paddle board rentals vary from $12 to $16. Kayaking is pretty simple; all you need is a kayak, a paddle, and a life jacket. For beginners, the beach or bay is a great place to start with a leisure paddle across the water. "Options for expert kayakers … END_OF_DOCUMENT_TOKEN_TO_BE_REPLACED

By Melissa Gilbert|Staff Writer| Spring is the perfect opportunity to take a break from school or work.  Most students don’t have a lot of money to place towards fancy outings, but there are a few things you can do this season to enjoy the sun at a low cost. The beach is the number one place to soak up some sun and the best thing is, it’s free. Venice Beach is significantly less expensive than most other beaches in that area. It’s famous for its edgy artists, highly animated boardwalk and stately body builders. Just a few minutes away from Santa Monica, Venice Beach offers a festive and eclectic feeling without costing too much. Not only is it quite the sight, the water is … END_OF_DOCUMENT_TOKEN_TO_BE_REPLACED

By Shane Burrell |Staff Writer| well, dusts off her cleats ending her last season with the Coyotes. Leffingwell ranked in the top five for overall statistics of the season, ranking third place in both RBI’s with 23 and HR’s with three. Furthermore, she earned fifth place for overall batting average of .269 and her 18 runs scored. In addition, she took fourth for overall hits with 42. The stats show that Leffingwell is a skillful player both at the plate and in the field. She made player of the week while making some of her best plays when the Coyotes faced the Stanislaus Warriors. “When we played Stanislaus and I got player of the week, on Friday I went six for seven,” said … END_OF_DOCUMENT_TOKEN_TO_BE_REPLACED

By Amanda Mendoza |Staff Writer| It was a three game strike out for Coyote baseball last weekend against the Chico State Wildcats, who are currently ranked fifth in the NCAA. On Friday’s opener, the Coyotes fell behind early and could not catch up to the Wildcats. The Coyotes gained their first run during the seventh inning when Richard Mount singled to the left side bringing home senior Curtis Cassise to score. Later in the eighth inning they scored their final run as senior Michael Castello grounded out to second base, bringing home senior Jake Pilkerton ending with a final score of 2-6. Looking to redeem themselves, the Coyote’s were ready for the double header on Saturday, … END_OF_DOCUMENT_TOKEN_TO_BE_REPLACED

By Annette Verdejo |Staff Writer| CSUSB Outdoors will take students and the community horseback riding and to the Walk of Fame for an affordable price. CSUSB Outdoors is a division of the Student Recreation and Fitness Center, it’s more than just a trip to the Walk of Fame, they also provide trips to local snowboarding resorts, hiking trips in our local mountain range and actual rock climbing trips. One of the more recent and interesting trips is the Horseback ride in Hollywood on April 22nd from 4 p.m. to 10 p.m. The event will be taking place at Sunset Ranch in Hollywood and it includes an hour long guided tour. After the tour participants will be dropped off at the ‘Walk of Fame’ … END_OF_DOCUMENT_TOKEN_TO_BE_REPLACED