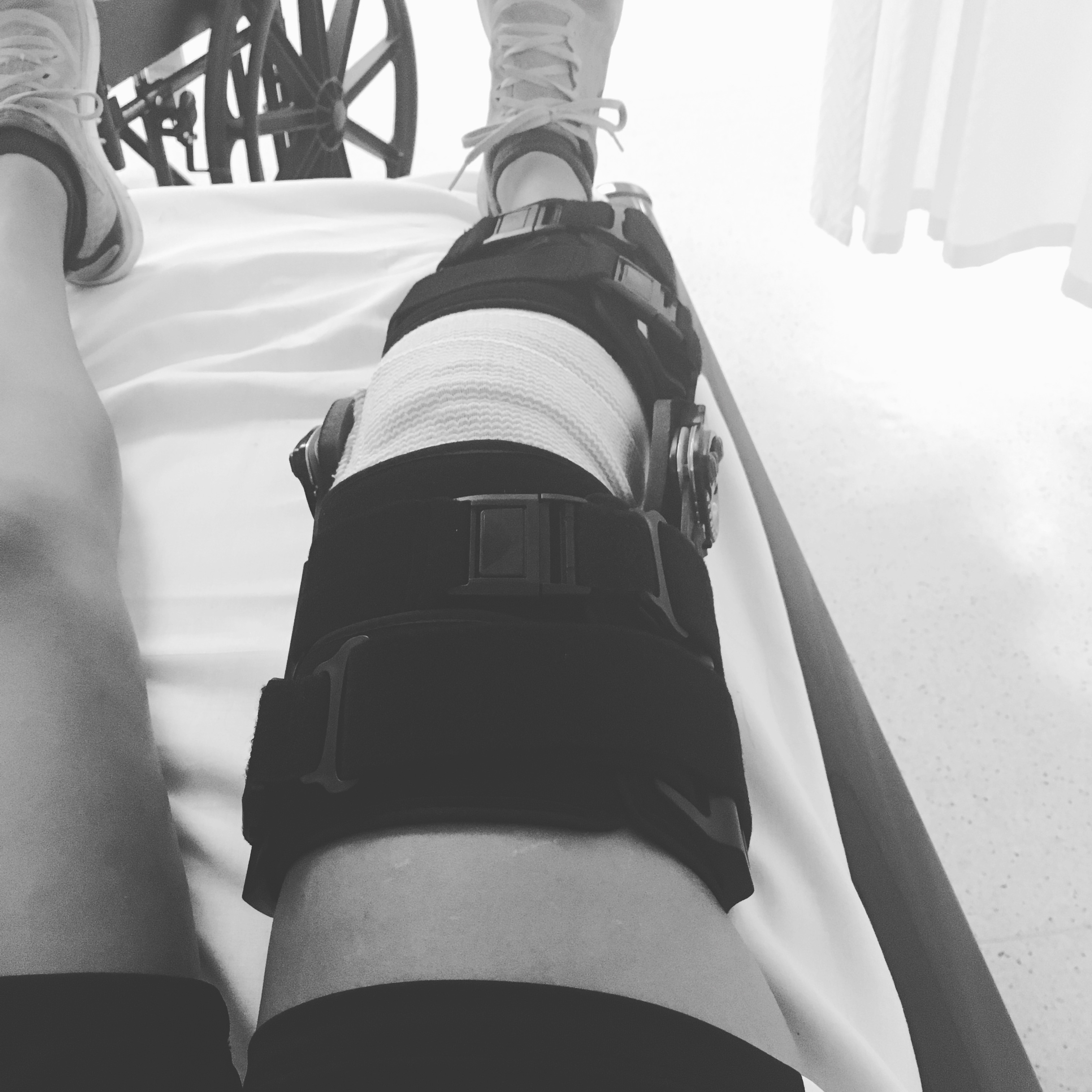 By Megan Vina |Staff Writer| CSUSB soccer recruit Alexia Gonzalez is determined to get back on the pitch after her season ending injury. With two months of recovery ahead of her, she is ready to take on the 2017 season. Gonzalez tore her anterior cruciate ligament (ACL) just two weeks prior to the start of the 2016 season, which forced her to sit out the entire year. Gonzalez, a Bakersfield native and two-time first team All-American choice at Taft College, was eager to take her soccer and leadership skills to the Division II level. She was recruited to CSUSB by head coach LeBaron Hollimon, who stated that "she exhibits important character traits needed to be successful in … END_OF_DOCUMENT_TOKEN_TO_BE_REPLACED

By Gregory Gammill |Staff Writer| This year's volleyball season is wrapping up with big, final highlights as the women won the title of 2016 California Collegiate Athletic Association (CCAA) champions. They started off their season by playing in the Ferris State Invitational, which featured match-ups against opponents ranked in the top 10. The first opponent they faced in the tournament was No.8 Ferris State University. The Coyotes swept them in 3 straight sets. This victory was an impressive start to the season, but they then faced another tough opponent in their following match up against No. 10 University of Minnesota, Duluth. They fought hard during all 3 sets but were … END_OF_DOCUMENT_TOKEN_TO_BE_REPLACED

By Gregory Gammill |Staff Writer| The Coyote baseball team is approaching the start of their season with their sights set on winning the conference. Jordan Simon is one of three starting outfielders for the team. “Our goals this year are to have a winning season, make the conference tournament and for us to win a championship,” said Simon. Before he came to CSUSB, Simon grew up in Malibu, Ca. where he attended Malibu High. In high school, he earned the spot of team captain during his junior and senior seasons while capturing a league MVP in 2012. After high school, he attended Ventura College where he would go on to play two seasons with them from 2014-15 at second base and … END_OF_DOCUMENT_TOKEN_TO_BE_REPLACED

By Gregory Gammill |Staff Writer| The first annual Run Like a Mother 5K took place this past weekend on Nov. 5 to assist women and children of color raise money and support for two non-profit organizations in our community. Over the weekend, more than 200 participants showed up with their running shoes on, ready to run to make a difference in the lives of others. The participants this past weekend came together as one and put together over $1500 which will be divided out equally between the two organizations. Our own Health Science and Human Ecology (HSCI) department and Eta Sigma Gamma (ESG) sorority put together this 5k to benefit Soul Food for Your Baby and the Time For Change … END_OF_DOCUMENT_TOKEN_TO_BE_REPLACED

By Gregory Gammill |Staff Writer| Women's soccer team is filled with memories of good and bad times during the past 28 seasons. Since the introduction of the team in 1988, they have been increasing their dominance with wins and tournament appearances showcasing their progress throughout the years. The team's first two seasons in '88 were lead by Ralph Perez. Perez made one of the best contributions to the Coyotes by leading them to an impressive 16-12-3 overall record. The Coyotes would move on from Perez and hire Dave Widor in 1990 who led the women's team for the next four seasons. During Widor's second season in 1991, the team would change from Division III to Division … END_OF_DOCUMENT_TOKEN_TO_BE_REPLACED

By Kriston Costello |Contributing Writer| The no. 18 Coyotes continued their winning streak after their victories on Oct. 21 against the Cal State LA Golden Eagles and Oct. 22 against the Cal State Dominguez Hills Toros. The game against the Golden Eagles proved to be a difficult one. It ended after five sets that went 25-23, 27-25, 25-17, 25-20 and 17-15. The whole match was neck and neck with no clear victor until the end of the game. Defense helped the Coyotes defeat the Eagles as they led the game with 101 digs.  Five players reached double digits in digs: Jayann DeHoog (22), Abbey Vollkommer (22), Hannah Barrett (21), Lauren Nicholson (17) and Malika O’Brien … END_OF_DOCUMENT_TOKEN_TO_BE_REPLACED

By Kriston Costello |Contributing Writer| The no.19 ranked Coyotes strung together a home winning streak on Oct. 14 against the UC San Diego Tritons and Oct. 15 against the Cal State San Marcos Cougars. The game against the Tritons was one of the biggest highlights of the season thus far. The Coyotes fought back from a 2-0 deficit and won in a superb way to cap off the night.    Set totals capped off at 25-22, 25-23, 25-21, 26-24 and 16-14. The three consecutive set victories had the crowd on their feet in the Coussoulis Arena. The Coyotes led the way with a stellar number of kills from OH Lauren Nicholson (23) and middle blocker's Malika O'Brien (16) and Hailey Jackson (12). … END_OF_DOCUMENT_TOKEN_TO_BE_REPLACED

By Gregory Gammill |Staff Writer|  The woman's volleyball team looks to make it back to the National Collegiate Athletic Association (NCAA) tournament under the instruction of veteran head coach Kim Cherniss. Cherniss has been the main person in charge of the volleyball team for the past 25 years and is entering her 26th year. She took over the program in 1991 and eventually brought the Coyotes back to their winning ways. Things got off to a slow start for her, but quickly picked up in 1997 when she turned the team around from a 13-15 record in 1996 to a 20-11 record in 1997. Players came and went over the years for her and the Coyotes, allowing her to move people around and … END_OF_DOCUMENT_TOKEN_TO_BE_REPLACED

By Lauren Jennings |Sports Editor| CSUSB women's soccer made sure their game against the Cal State East Bay (CSUEB) Pioneers was enthralling, sending it to double overtime before winning it 2-1. The Pioneers got on the board early, scoring a goal in the first seven minutes to go up 1-0 over the Coyotes. The Coyotes would answer back 10 minutes later with a goal from midfielder Rachael Figg, her fourth of the season. Defender Megan Todd earned the assist. "I was definitely motivated after the great team goal we earned early on to tie the game," said Figg. The game would remain scoreless through the second half and through the first overtime. With just one minute and … END_OF_DOCUMENT_TOKEN_TO_BE_REPLACED

By Gregory Gammill |Staff Writer| Every new college student has heard of the infamous ‘Freshman 15’ and all the negativity that comes with it. It is said that 15 pounds is supposed to be the average weight gained for all first-time college students within their first year, but is that really the truth we are being fed? “Freshman 15 is a myth: I only gained 5 pounds my freshman year. Weight gain is common in college, you’re going to be just fine,” stated Angelica Foronda. Incoming freshman will not actually gain a staggering 15 pounds of extra weight like the myth claims they will. Former alumni and a current Registered Dietitian at Kaiser Permanente Riverside, Kari Duenas, and … END_OF_DOCUMENT_TOKEN_TO_BE_REPLACED