Punk band "Fall Out Boy" came to rock The Forum arena in Inglewood on Friday, Nov. 17. Opening acts Jaden Smith and Blackbear stirred up the crowd before the headlining band’s entrance. The arena opened its doors early enough for people to head over to their seats before the 7 p.m. showtime. Many attendees strolled in with enthusiastic vibes while showing off the band’s logo plastered on their shirts. There was an atmosphere of positivity because everyone was looking forward to an entertaining night. Fall Out Boy consists of lead vocalist Patrick Stump, bassist Pete Wentz, lead guitarist Joe Trohman and drummer Andy Hurley. The group was formed in Illinois, Chicago in 2001 … END_OF_DOCUMENT_TOKEN_TO_BE_REPLACED 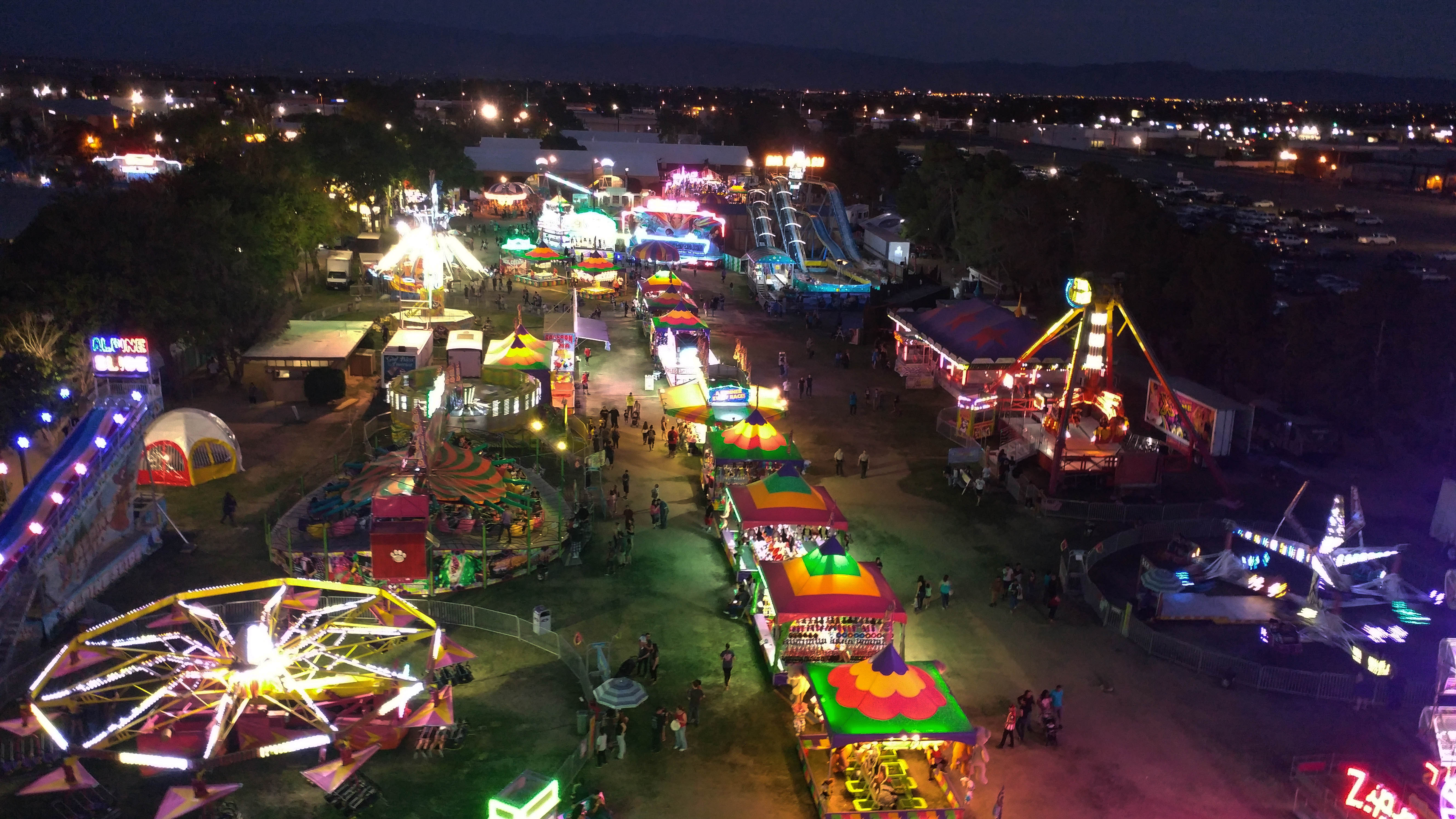 By Jason Samp |Staff Writer| The San Bernardino County Fair wrapped up this weekend at the fairgrounds in Victorville, after offering rides, food, art, animals, vendors and performers. Although the fair is small in comparison to the Orange County Fair or Los Angeles County Fair, it offered many of the same attractions and even other activities that are not experienced at the larger venues. "It's nice not having to fight through crowds or really wait in any lines while you are here," said fair goer Leonel Perez.The fair had more of a small town feeling to it that was more personal and intimate than the large scale fairs in Southern California. During the daylight hours, the … END_OF_DOCUMENT_TOKEN_TO_BE_REPLACED

By Gladys Oliva |Staff Writer| Kanye West made a classic "Kanye entrance" at The Forum, in Inglewood on Oct.26 . The Chicago born and raised artist opened up with the song “Father Stretch My Hands.” His stage setup was unlike any live performance that has been seen before. While performing his hit songs, West’s fans were right beside him and underneath him as he hovered over the crowd throughout the night. The stage was attached to massive cables that would allow it to tilt down and move to one side of the venue all the way to the other, making every seat in the house a great seat. The platform was lit with low key lighting and had orange beams that were shooting underneath … END_OF_DOCUMENT_TOKEN_TO_BE_REPLACED 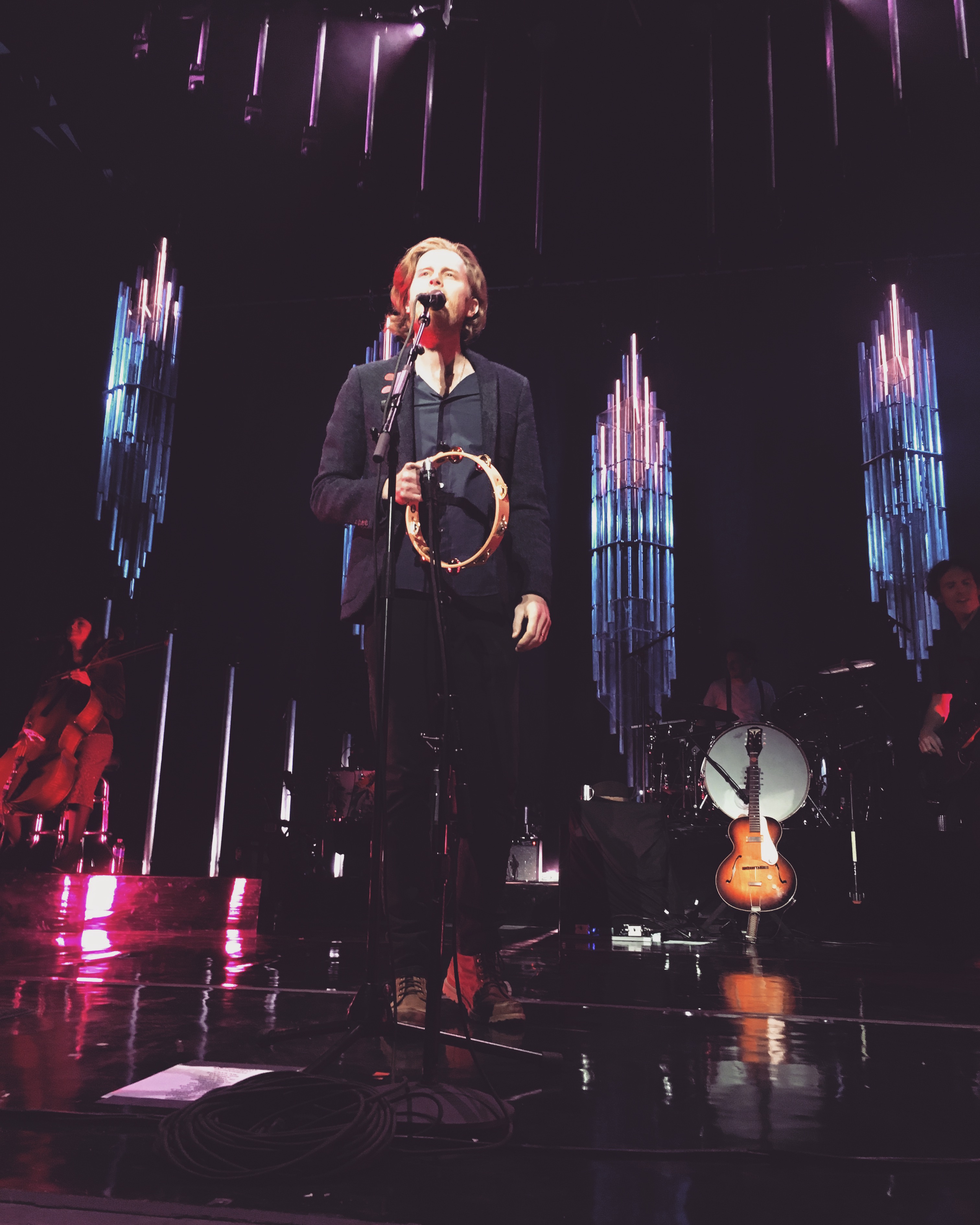 By Natalie Padron |Staff Writer| This weekend The Lumineers and friends graced the Santa Barbara Bowl with their incredible talents, showing the crowd how magical music can be. The excitement was palpable in the stands starting with the night's first artist, Sleepwalkers, a heavily '70s rock influenced indie band from Virginia. Sleepwalkers performed hits off their wildly raved about album, "Greenwood Shade," preparing the crowd and their musical souls for a night of meaningful lyrics and intricate musicianship. "When they performed, my mind was blown. I was so confused how I didn't know about these guys, but that's the great thing about opening acts, you discover so much and … END_OF_DOCUMENT_TOKEN_TO_BE_REPLACED

Tamar no longer keeps it REAL Tamar Braxton was blindsided and fired from “The Real” daytime talk show. The host posted a cryptic message online on May 21 about being “stabbed in the back”. Reasons for her departure vary from having Diva antics to not testing well with research focus groups. NikeLab x Olivier Rousting Nike has collaborated with Balmain designer, Olivier Rousting. Nike unveiled the sportswear line on May 23, including photographs of Rousting and Cristiano Ronaldo. The line is black and gold, inspired by European football and set out to be released on June 2. Professor Angelina Jolie Actress, Angelina Jolie is set out to teach a class on violence against women. On … END_OF_DOCUMENT_TOKEN_TO_BE_REPLACED

By Estefania Torres | Staff Writer| G-Eazy engaged the crowd of screaming fans at the Shrine Auditorium sporting his signature comb-over, dressed from head to toe in black, and a skull bandanna covering half of his face. Walking into the designated press area I was immediately drawn to the inventive stage. There was a very dark, urban feel to his stage setup. A grungy inspired layout displayed a sign that read Motel, a strip club and a bar with neon lights flashing the words "The Saint," and "Girls, Girls, Girls." This highly anticipated five month world tour was announced after the release of his new album "When It's Dark Out." Selling out almost every show, the young … END_OF_DOCUMENT_TOKEN_TO_BE_REPLACED

By Jaritza Mendoza | Staff Writer | Sir Elton John closed out Jimmy Kimmel Live with a performance that brought fans back to the past on Jan. 19. Before the concert, the show's representative requested the audience to please put aside their phones to solely focus on the performance rather than their screens, a request which is rarely asked. With the absence of smartphones, the song acted like a machine, transporting fans to the past where concerts were meant to be experienced, not recorded. A crowd of around 200 waited for hours in order to see the famous "Piano Man." The concert took place at Kimmel's live stage in Hollywood as part of John's promotion for his new album … END_OF_DOCUMENT_TOKEN_TO_BE_REPLACED

By Bree Reyes |Staff Writer| It was showtime; white lights began to change to a dark red, making the entrance of Dia Frampton, Joseph Trapanese, the orchestra, and a surprise appearance from Meg Frampton, Dia's older sister and lead guitarist for the two shows. "This is the first real Archis show ever, so thank you so much for coming. This really means a lot to us," said Frampton before performing the duo's last song of the night, "Let Me Love." Dia, the runner-up on season one of "The Voice",  teamed up with friend and composer Trapanese to form the musical duo, Archis. They recently performed two shows at the Swing House in Los Angeles to celebrate the release date of their … END_OF_DOCUMENT_TOKEN_TO_BE_REPLACED

By Nadia Ahmad  |Staff Writer| Indie-rock trio, Geographer, performed an exciting show in Pomona on Friday, Jan 16 that included new music and new fans. The Glass House is a small venue in Pomona that allows for an intimate show for fans. Members of the crowd were screaming out the band’s name as they waited for the San Francisco-based band to take the stage. “I had the option of seeing them at the El Rey Theatre in Los Angeles but I chose to see them here because I knew it would feel much more special,” said Becca Chavez, one of the screaming fans. The lights dimmed and the crowd roared as a handsome Mike Deni, the band’s frontman, appeared on stage. If I could describe … END_OF_DOCUMENT_TOKEN_TO_BE_REPLACED

By Bree Reyes |Staff Writer| The CSUSB Music Department and Coyote Music Society will host a benefit concert in memorial for Danny Ramadan, a CSUSB trumpet player and graduate who passed away last summer. The proceeds from the concert will go to creating a scholarship under Ramadan’s name, upon which a CSUSB student majoring in music, who possesses stellar academic achievement, work ethic, and musical talent will be eligible to receive. “I think we all felt collectively as a faculty, and as students that we wanted to do something,” said Dr. Erik Jester, director of bands at CSUSB. “And being musicians, we perform music...I’m glad that the students and his friends that are alumni … END_OF_DOCUMENT_TOKEN_TO_BE_REPLACED