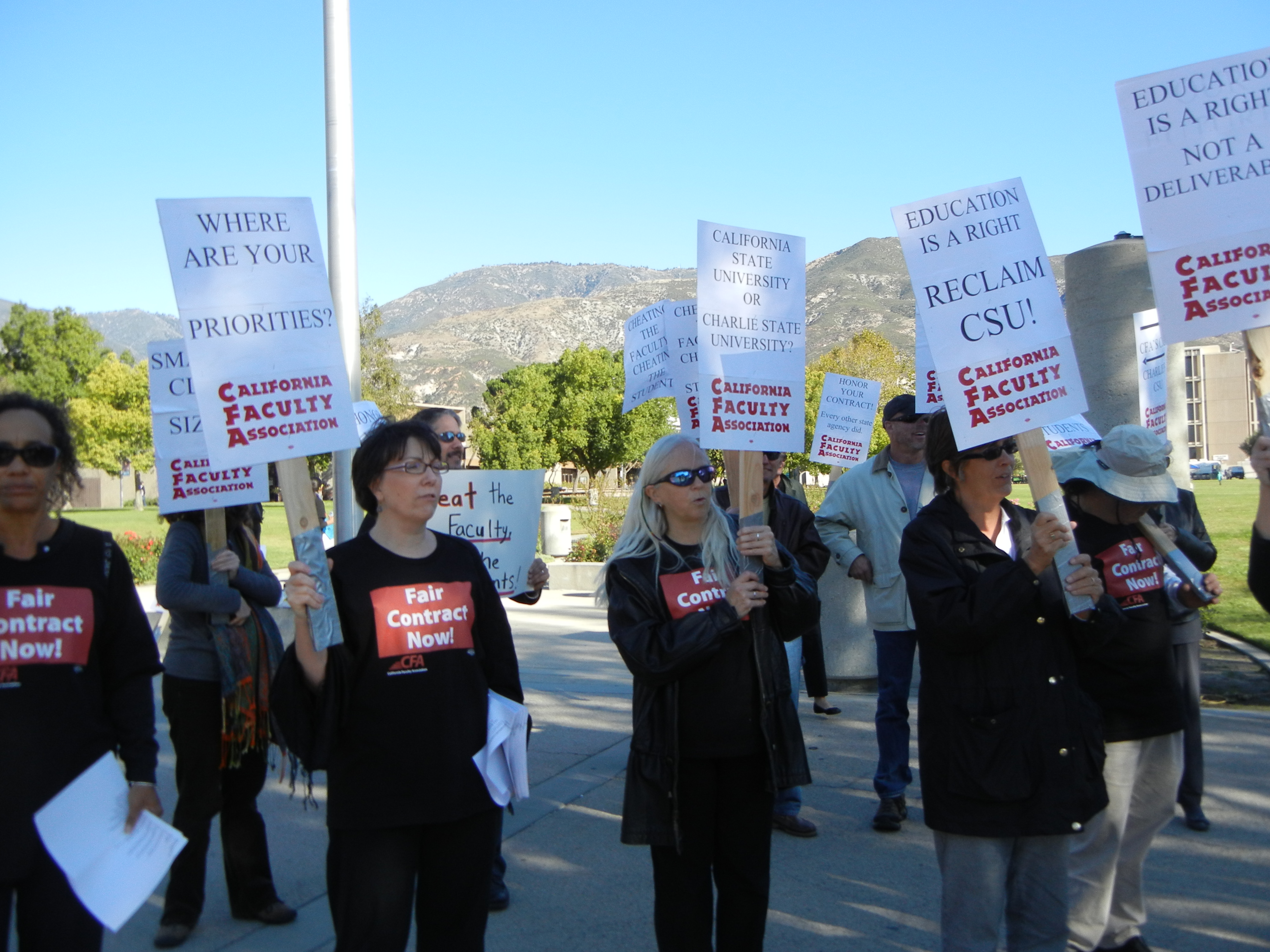 By Veronica Natal |Staff Writer| The California Faculty Association’s (CFA) board voted to authorize a one-day strike Thursday, Nov. 17, at only two campuses according to the CFA website. The strike will be held at CSU Dominguez Hills and CSU East Bay. A CFA conference call was held on Monday, Nov. 7 where members revealed 93 percent of the statewide CFA members had voted to support the strike. The CFA board made it clear during the conference call that they are striking over Chancellor Charles B. Reed’s refusal to uphold his agreement in 2007 about faculty raises for the 2008-2009 and 2009-2010 school years. CSUSB CFA President, Professor Marcia Marx, in a former interview … END_OF_DOCUMENT_TOKEN_TO_BE_REPLACED