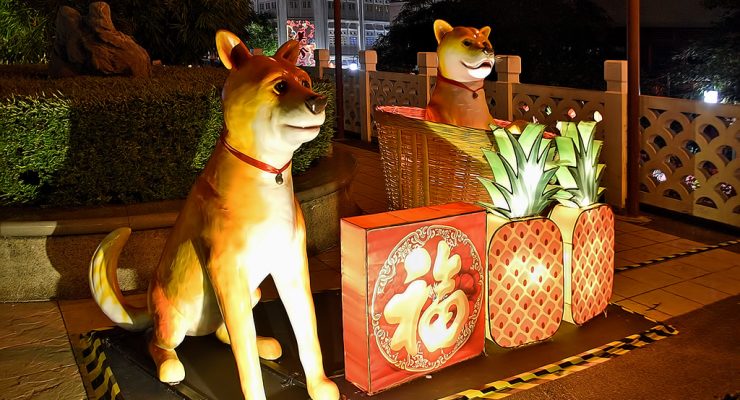 The Chinese New Year of 2018 officially begins on Feb. 16, and the zodiac sign of the year is the dog. One out of every five people in the world is Chinese. More than 20 percent of people celebrate Chinese New Year all over the world. It is the most important festival for all Chinese people. In China, people usually call it “chunjie(春节)” or the Spring Festival. It represents the end of those coldest days, and people welcome a new season of starting a new year. It is also known as the Lunar New Year. Some Asian countries such as North Korea, South Korea and Vietnam celebrate it as well. Many people might confuse why it begins in February because people always calculate the date … END_OF_DOCUMENT_TOKEN_TO_BE_REPLACED

By Jaeyeon Kim |Staff Writer| In America, New Year’s day is every January 1. In China, New Year’s Day in 2016 is February 8. Why is the Chinese New Year different from America's? How does Chinese New Year’s Day operate on the Lunar Calendar? “Though China officially operates on the international Gregorian calendar, the traditional lunisolar calendar maintains ceremonial significance, and so every year, around the new moon closest to the beginning of spring, Chinese people ring in the beginning of a new annual cycle,” according to Time magazine. The Chinese calendar allocates each New Year with an animal of zodiacs: rat, ox, tiger, rabbit, dragon, snake, horse, goat, monkey, … END_OF_DOCUMENT_TOKEN_TO_BE_REPLACED

By Raequan Harrison |Staff Writer| Big tippin’ pastor (Oct. 19) An Alaska pizza man was given a $1,900 tip.   In the city of Anchorage, "pizza man was asked what's the highest tip you've ever gotten?" according to the Voice of Alexandria.   When he replied $100, Pastor Dan Krause asked him, "How does a tip of $1,900 sound?"   According to the Voiceofalexandria.com, Krause said "this was an opportunity to do something small that would really have a big impact on somebody's life."       Cat day the Uber way (Oct. 28)   Over 50 cities teamed up with Uber for National Cat Day according to CBS New York.   By using … END_OF_DOCUMENT_TOKEN_TO_BE_REPLACED

Cherae Hunt |Staff Writer| The United States meddling in Chinese affairs and battles may cause a war, according to a U.S. author Jim Sciutto. The South China Sea is the subject of numerous rival territorial claims over an area that includes fertile fishing grounds and potentially rich reserves of undersea natural resources. China is increasingly showing that even far from its mainland, it sees itself as having jurisdiction over the body of water, according to Sciutto in an article in CNN Politics. Senior Pentagon officials acknowledged for the first time that China is placing weapons on artificially constructed islands in the South China Sea in an apparent attempt to assert more … END_OF_DOCUMENT_TOKEN_TO_BE_REPLACED 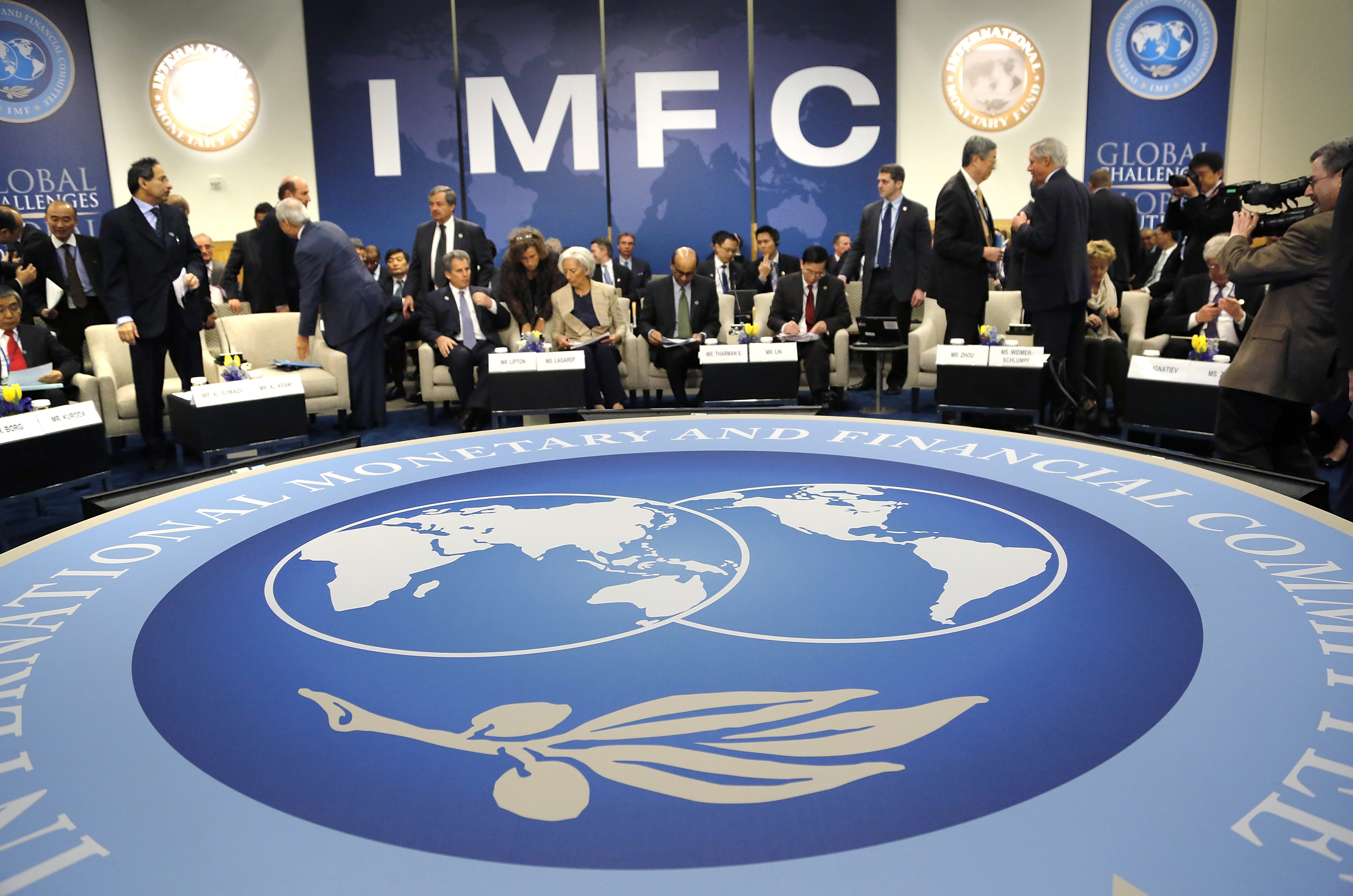 Marion Gil |News Editor| This week, fives countries are seeking to launch their own versions of the World Bank as well as their own International Monetary Fund (IMF). Brazil, Russia, India, China and Africa, collectively called the BRICS countries, are attempting to launch these international financial plans as a way to give emerging economies around the world an alternative to Western dominated financial loans, according to the Associated Press. The first plan suggested by the countries is their own version of the IMF called the Contingent Reserve Arrangement, which will be a $100 billion fund they claim will be dedicated to fighting international financial crises. The … END_OF_DOCUMENT_TOKEN_TO_BE_REPLACED

By Angel Lizardi |Staff Writer| Eighty percent of the active pharmaceutical ingredients in drugs imported to America are actually manufactured in other countries. About 40 percent of the finished drugs are coming from other countries, according to Dr. Margaret Hamburg, Food and Drug Administration’s commissioner. In a radio interview with NPR’s Diane Rehm, Hamburg addressed the matters and said that it was the FDA’s “global responsibility” to make sure that all medicine is heavily monitored. “Today the FDA must behave like a global agency with a global mission because the products we regulate for the promotion and protection of health of Americans here at home depends on the … END_OF_DOCUMENT_TOKEN_TO_BE_REPLACED

By Daniel DeMarco |Staff Writer| Pig virus continues to spread across U.S. (Jan. 18) A deadly pig virus has reportedly spread to Wyoming and California, bringing the total number of states affected to 22 since it surfaced in the country last April. The virus is not harmful to humans, but is having a heavy effect on the pork industry where numbers are estimated to be in the millions of pigs lost to the virus. Student Christian Barker said, “I think that says something about our food industry when every year there’s some crazy new virus killing all the animals.” Mystery rock recently found on Mars (Jan. 20) As part of an exploration mission, a rover on Mars discovered a … END_OF_DOCUMENT_TOKEN_TO_BE_REPLACED

By Marlyn Rodriguez |Staff Writer| Not only is soy lower in fat but it also contains less cholesterol than animal based products, according to People for the Ethical Treatment of Animals (PETA). This is why people should choose to consume soy products instead of animal products. Soy is rising in popularity because it has been found to not only be a healthier option but it also provides consumers with a higher portion of their daily vitamins. Thevegetariansite.com agrees that the expansion of products that are free of animal based ingredients have grown to the point where there is a substitute for almost all animal products. Soy is considered to be not only the richest but the … END_OF_DOCUMENT_TOKEN_TO_BE_REPLACED

By Daniel DeMarco |Staff Writer| Oct 18: UN Security Council seat rejected by Saudi Arabia Saudi Arabia was elected as a non-permanent member of the UN security council and the country rejected the seat, according to Aljazeera. Saudi Arabia attributes the decision to the Security Council's failure in carrying out duties to resolve the Syrian civil war or punish the Syrian president's regime.   Oct 19: 3,000 miles of Dead Ocean According to ENENews, a man sailed across the Pacific Ocean from Osaka, Japan to San Francisco, where the sailor described the sea as "dead." He reported seeing hardly any wild life, but instead saw "garbage in astounding … END_OF_DOCUMENT_TOKEN_TO_BE_REPLACED

By, Ryan Libby |Staff Writer| Kwame Alexander has flown himself into the limelight with his backboard-breaking dunking ability, but his humble attitude off the basketball court makes his celebrity status unknown to many. Alexander, the All-CCAA senior forward seemed surprised at his YouTube popularity with over 800,000 views on YouTube for his high flying slam dunks, appearances on ESPN, ABC and NBC as well as the number two play on SportsCenter’s top 10 plays of the week. "It’s an honor," said Alexander. "It’s a once in a lifetime thing. Somebody else put [the video] on [YouTube] and it goes viral like that. It’s good. It’s fun." Walking around campus it’s hard not to notice the 6 … END_OF_DOCUMENT_TOKEN_TO_BE_REPLACED