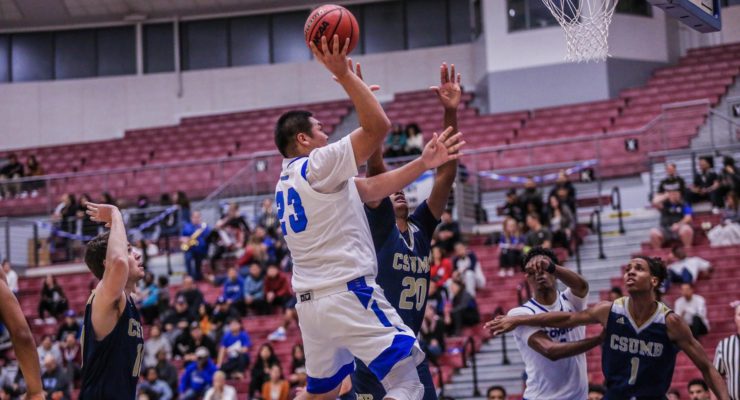 Collegiate sports are on hold with no timetable on when they will resume. In sports, wins and losses are understood clearly. As of now, it seems like nothing is certain because of a global pandemic. The timetable for a return to normalcy is unknown. “It’s low key depressing, but I'm just continuing to work out and stay busy, I have weights and pull up bars here at home,” explains CSUSB star point guard, Jeremy Smith. Smith is a senior on the team who was awarded all California Collegiate Athletic Association (CCAA) first team this year. CSUSB’s men's basketball team was set to make a deep run in the National College Athletic Association (NCAA) tournament, only to find out that they … END_OF_DOCUMENT_TOKEN_TO_BE_REPLACED 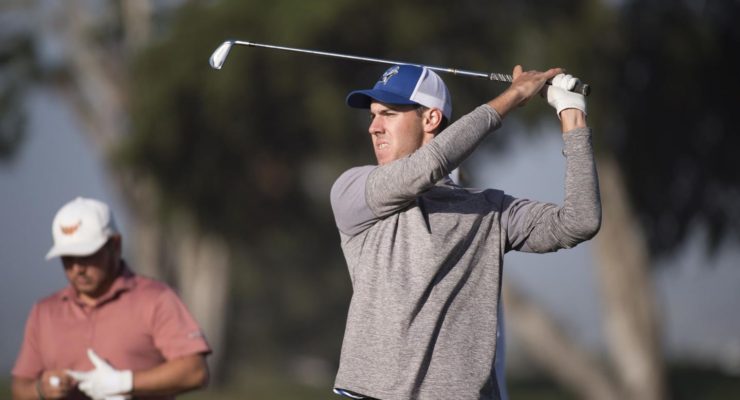 A new regional champion was crowned at this week's NCAA West Golf Championship, hosted by Dixie State University at The Ledges Golf Club in St. George, Utah. The tournament consisted of 28 teams - 20 of which qualified as teams and 8 players who qualified individually. Advancing from here to the National Championship in South Carolina next week are the top 4 teams and top 2 individuals. This weeks field was full of star-studded power like those of Western Washington University ranked 4 in the country, and Chico State University ranked 5th in the country.  The CCAA conference had 6 out of 9 teams in the conference competing here this week. The Ledges Golf Club, a 72.7 rated, the … END_OF_DOCUMENT_TOKEN_TO_BE_REPLACED

By Donte Medder |Staff Writer| In what proved to be another battle between the tortoise and the hair, Real Madrid denied Atletico Madrid its fairy tale ending. The final score of four to one shows the game to have been a comfortable win for Real Madrid. Atletico Madrid’s Diego Godin scored a header in the 36th minute that would prove to be Atletico’s only goal. Real Madrid coasted through the first half, playing with little intensity. Gareth Bale, Cristiano Ronaldo, and Iker Casillas, the supposed leaders of Real Madrid, stumbled through mistakes. With five minutes left to the first half, Ronaldo and his world class teammates began to fear a defeat that would … END_OF_DOCUMENT_TOKEN_TO_BE_REPLACED

By Donte Medder |Staff Writer| In the first appearance between two undefeated women’s basketball teams in the National championship, the University of Connecticut claimed its ninth title under Geno Auriemma. This capped the sweep with the Connecticut men’s team against Kentucky and give UCONN a full sweep. The UCONN women were led by Sophomore Associated Press player of the year Breanna Stewart with 21 points, nine rebounds, and four assists. Senior Stefanie Dolson added 17 points, 16 rebounds, and seven assists. Coach Auriemma stated, “I knew if we played great we’d have a chance to win,” and the Huskies did not disappoint. They outscored Notre Dame 32 to 10 in points in the paint in … END_OF_DOCUMENT_TOKEN_TO_BE_REPLACED

by Zafiro Tellez | Staff Writer | A CSUSB faculty member has been appointed to represent the west region in the Men’s Basketball Championship Committee. Kevin Hatcher (Ph.D.), who has been the Director of Athletics at CSUSB for three years, has begun the school year with added responsibilities. Hatcher is no stranger when it comes to dealing with a heavy work load, as he has worked at universities such as Colgate University in New York, University of Texas at El Paso and University of Southern California. “I am all about service.” said Hatcher. “I get a joy from just serving the NCAA. To help serve the west region institutions, that’s what is exciting for me.” This appointment to … END_OF_DOCUMENT_TOKEN_TO_BE_REPLACED

By Chris Hanley |Staff Writer| NBA superstars Dirk Nowitzki and LeBron James will meet each other in battle to decide who will win his first NBA championship ring. This year’s NBA Finals include of two the league’s most uniquely talented basketball superstars that sports fans have ever seen. James came into the league and was crowned “King James” from the start of his rookie season. No one has come into the league straight out of high school and has lived up to the expectations like James, except for maybe a guy named Kobe. Starting his career in Cleveland, he gave them six of the best years that the sports franchise has seen. The amazing dunks, triple doubles and excitement was … END_OF_DOCUMENT_TOKEN_TO_BE_REPLACED

By Keleigh Acosta |Staff Writer| A recent motorcycle crash left professional Supercross rider Blake Baggett with head trauma and memory loss. Baggett, 19, rider for Monster Energy/Pro Circuit Kawasaki, was doing his daily training at Glen Helen Raceway in San Bernardino during the fi rst week of March when his day took a turn for the worse. The San Bernardino native was getting ready for the Daytona Supercross race which was scheduled fi ve days after the accident. After riding four laps at the practice track, Baggett was thrown head first into a dirt wall after his front tire struck a large rock. “I was coming around a right hand corner, and inside the rut there was a rock,” … END_OF_DOCUMENT_TOKEN_TO_BE_REPLACED