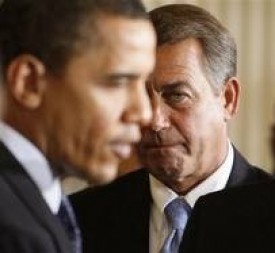 By Eric Brown |Managing Editor| After arduous debate in both houses of Congress, the Senate gave final approval to legislation to raise the nation's debt by $2.4 trillion in conjunction with cutting federal deficits. Having already passed Monday through the House, President Barack Obama is likely to sign the bill into law wiftly after months of debate have stalemated many efforts in Washington to move further in economic recover. As the trenches of partisan gridlock were dug, Obama and House Speaker John Boehner both proved unlikely allies in a hotly debated topic. While GOP and Tea Party hardliners apposed any raise in the debt-ceiling, Democrats and progress oriented Republicans … END_OF_DOCUMENT_TOKEN_TO_BE_REPLACED