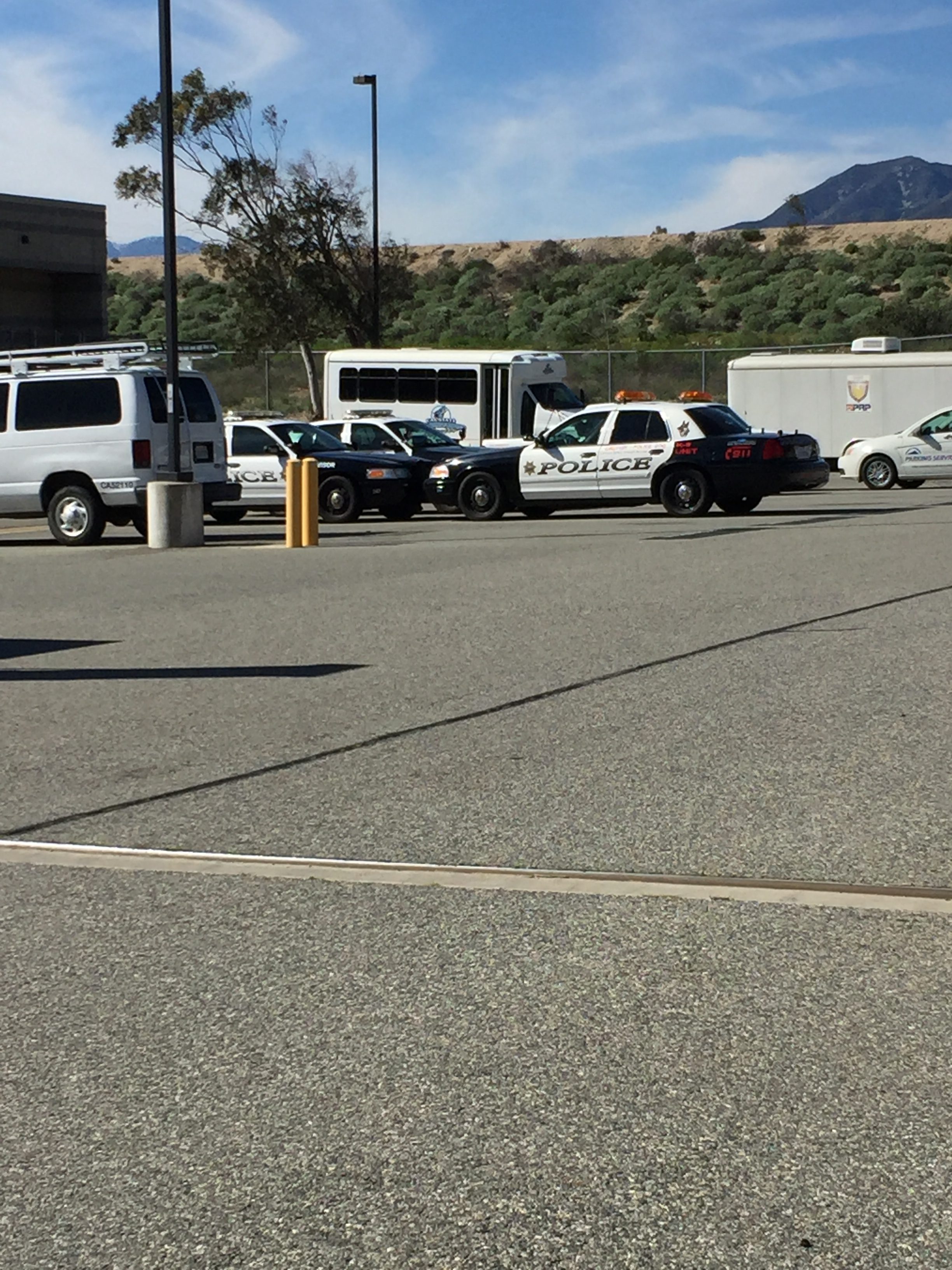 By Kathleen Ramirez |Staff Writer| CSUSB has had its' share of on-campus crime in the past, whether it is carjackings, theft, or assault, but the hijacking attempt of last Tuesday intensified some of those fears. Armed with facts Coyote Chronicle set out to investigate how secure CSUSB students feel on campus and what measures are being taken to ensure their safety. "For the most part I do feel safe on campus when walking around during the day," said student Daniel Cedeno. "I know there are cops making their daily patrols, I think they should increase their night presence on campus." From the beginning of the year until present there has been two cases of burglary, four cases of … END_OF_DOCUMENT_TOKEN_TO_BE_REPLACED

By Jacob Collins |Asst. Online Editor| There was an incident on the CSUSB campus on March 8, at approximately 3:05 p.m. According to a campus wide email sent by Vice President of Student Affairs, Brian Haynes, a student was making a phone call outside the Pfau Library when a man grabbed her from behind, placing his hand over her mouth and told her, he intended to take her to his car. The student elbowed the suspect who ran off past the temporary classrooms, according to Haynes' email. The suspect has not been identified and is described as a possible Hispanic male in his 20's, 5-foot-8-inches tall, thin build, and medium length, dark colored hair. He was wearing dark color shorts … END_OF_DOCUMENT_TOKEN_TO_BE_REPLACED

By Phil Ruddle |Staff Writer| How safe do you feel when walking around campus at night? Do you often get that feeling that someone is following you? Or that the worst imaginable is about about to happen? If so, are you aware that there have been multiple instances of crime at our campus every single month? And these are just crimes that were reported. There is an interesting feature on our campus website that perhaps not all students know about. There you can find that the campus police have a map of the campus titled Crime Map which designates all of the different crimes that took place throughout the month. It allows you to look at every single month from April 2013 back … END_OF_DOCUMENT_TOKEN_TO_BE_REPLACED