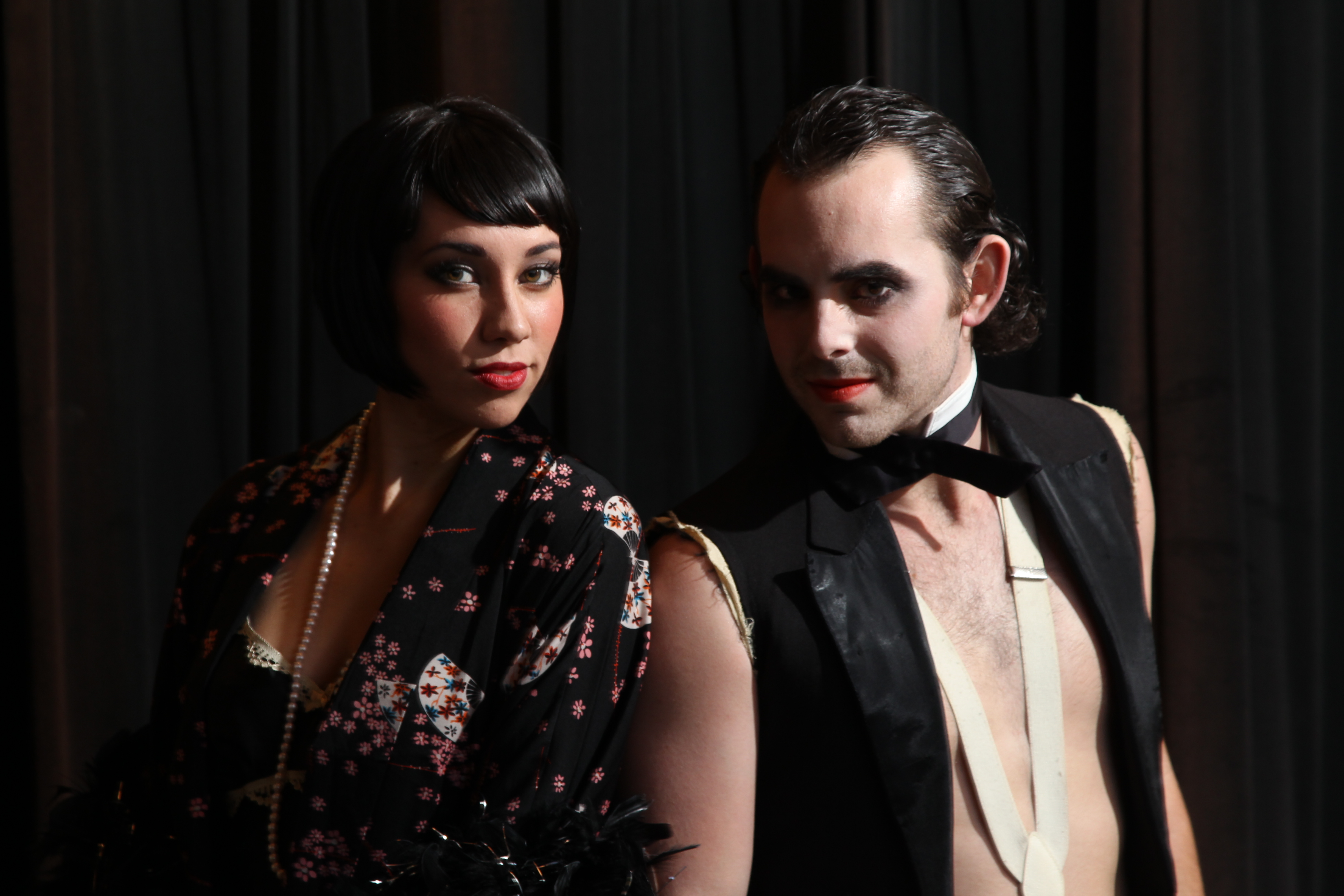 By Matthew Bramlett |Arts & Entertainment Editor| The performing arts center at CSUSB was transformed into a seedy, backlit Berlin nightclub on June 1 during the Theatre Arts Department’s rousing rendition of “Cabaret.” The play, directed by Tom Provenzano, chronicles the life and times of a group of people either working at or associated with the Kit Kat Klub, an establishment known for its devil-may-care attitude and unbridled, taboo-annihilating cabaret performances. Based on a semi-autobiographical book written by Christopher Isherwood named Goodbye to Berlin, the play was eventually transformed into an award-winning film in 1972 that made Liza Minnelli a star. As the … END_OF_DOCUMENT_TOKEN_TO_BE_REPLACED

By Princess Russell |Staff Writer| CSUSB’s Theatre Arts Department is set to present their adaptation of the world-famous Broadway musical "Cabaret" this June. The transcendental production of the critically acclaimed musical is about the lives of an array of characters within the overtly sexual taboo Kit Kat Club. The Broadway production "Cabaret" is the Tony Award-winner for Best Musical and Best Revival of a Musical. "Cabaret" details the story of the seedy Kit Kat Club and its denizens as they live their lives under the growing influence of the Nazi Party during the final gasps of the Weimar Republic. Productions of "Cabaret" have been entertaining and historical; however, … END_OF_DOCUMENT_TOKEN_TO_BE_REPLACED

By Gabbie Corral |Staff Writer| The glamour, glitz and risqué art of burlesque dancing comes to CSUSB. The Women’s Resource Center in the Santos Manuel Student Union (SMSU) held a workshop on May 7 that taught students the history and evolution of burlesque dancing as well as choreography typically found in modern performances. “I’ve always liked burlesque. I’ve seen it on TV and I just love the costumes, so joining my friend was fun even though I wasn’t that good at the moves,” said student Carolina Mejia. Burlesque dancing first originated in Europe during the early 18th century as a form of theatrical entertainment performed primarily by women. The early performances were … END_OF_DOCUMENT_TOKEN_TO_BE_REPLACED