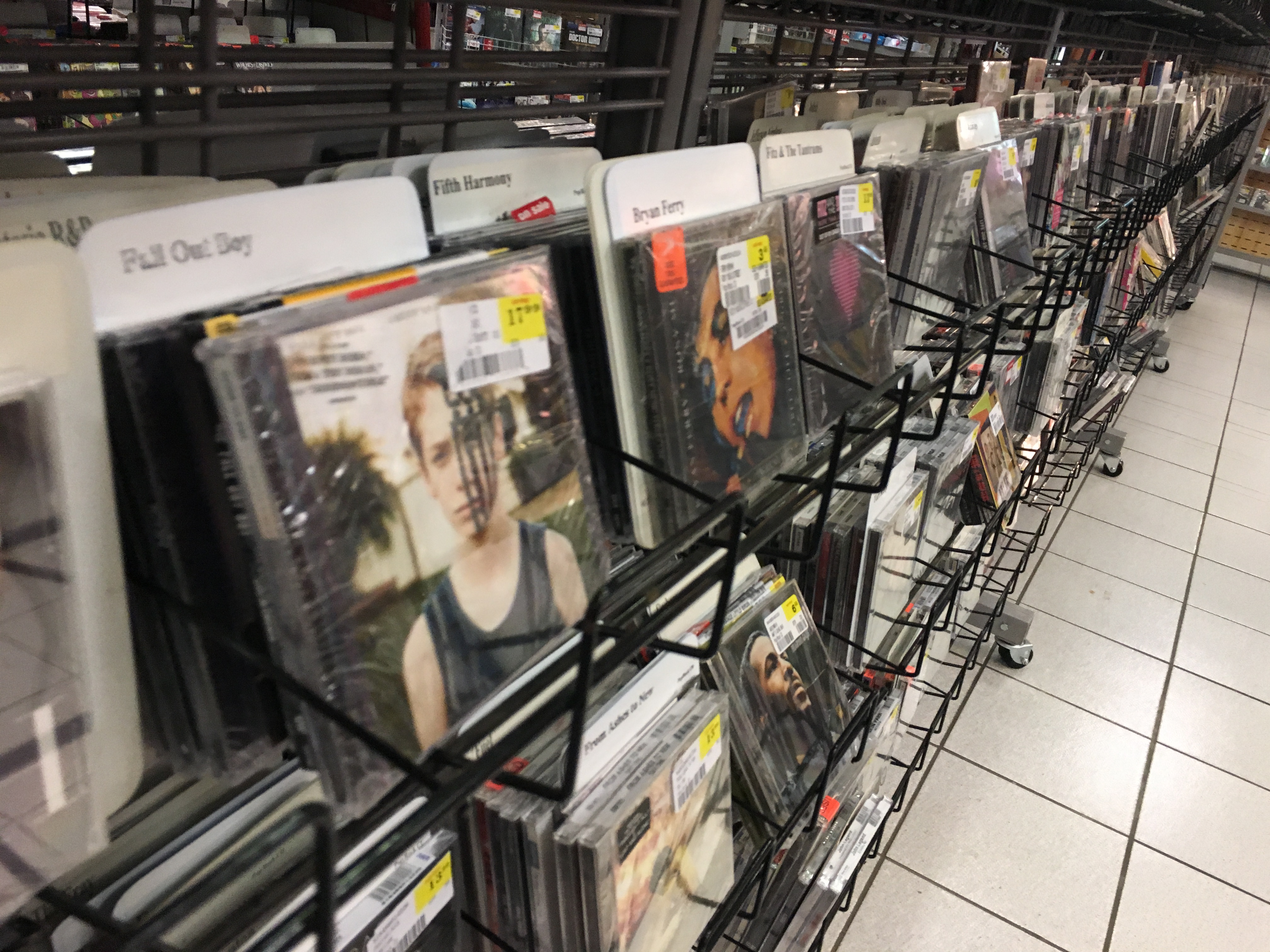 By Yesica Gonzalez |Staff Writer| Hip-hop and rap group Migos, dropped their new sophomore album "Culture" on Jan. 27. Never in the past had I listened to a particular rap album that was intriguing and different from other artists out there. This album would most likely be enjoyed by students who enjoy fast-paced raps and upbeat music. Migos is an American group from Lawrenceville, Georgia, and consisting of members: Quavo, Takeoff and Offset. The group was formed in 2009 and had one album prior that did not reach the success of their current one. They had reflected that their last album was not very much expressing who they were, unlike the present album, which they felt … END_OF_DOCUMENT_TOKEN_TO_BE_REPLACED

By Andrea Jimenez | Staff Writer | Prince Royce is a bachata singer from New York City who broke into the Latin pop mainstream in 2010 after incorporating both English and Spanish into Ben E. King's famous song "Stand By Me," and giving it a smooth urban beat. The remake quickly became a hot hit, making it on to the top ten Latin Billboard Chart; not only was this the beginning of Royce's career, but the kick-off to a new bilingual style of music. "It gives the listeners the best of both worlds, keeping a mutual understanding between his listeners and the messages he tries to convey with his lyrics," said student Kathia Rodas. Royce focused on bachata music for the first four … END_OF_DOCUMENT_TOKEN_TO_BE_REPLACED

By Cassie Coughlin |Staff Writer| Melissa McCarthy not asked to be in "Gilmore Girls" remake According to E! Online, Netflix is bringing the iconic television series "Gilmore Girls" back, but sadly the remake will be missing a beloved character. When asked by fans if "Sookie" will be featured in the remake, actress Melissa McCarthy, who played the main character, said she was never asked to. Netflix has not yet set a release date for the upcoming remake, but production of the show has begun with without McCarthy insight. Truck Driver involved in Tracy Morgan crash pleads not guilty Back in June 2014, Tracy Morgan was involved in a car accident when Walmart truck driver … END_OF_DOCUMENT_TOKEN_TO_BE_REPLACED

By Abel Arriola | Staff Writer | Many know Avicii through the Electric Dance Music (EDM) world, and from the sounds of his new album, it is safe to say that Avicii has officially expanded his horizons. Avicii has taken another road, landing into pop-culture with his anticipated album “Stories,” which finally released on iTunes on Oct. 2. Tim Bergling, better know by his stage name Avicii, is a Swedish DJ, remixer and record producer. Avicii’s music features artists like John Legend, Wyclef Jean, Zac Brown, Chris Martin from the band Coldplay and many more. When it comes to making music, Avicii is the man who always keeps it consistent in making great music. During the year … END_OF_DOCUMENT_TOKEN_TO_BE_REPLACED

By Caleb Gasteiger |Staff Writer| A politically charged billboard, funded by the police unions of San Bernardino, located off Highland Avenue and E Street, raises questions and throws accusations at some San Bernardino politicians. The billboard was deemed so political that the owner of the building, Tim Mullen, said he had to contact the company who owns the billboard and ask that it be removed. “I was totally disappointed,” said Mullen to The San Bernardino Sun on the placement of the billboard, “I don’t want any negative political messages on my building.” The five people who are being called out on the billboard are Mayor Pat Morris and Council members Wendy McCammack, Fred … END_OF_DOCUMENT_TOKEN_TO_BE_REPLACED

By Lupe Duran |Staff Writer| Six-time Grammy award winner singer/songwriter, Taylor Swift lets her confidence and lyrical talent blaze through the music on her highly anticipated album Red, released on Oct. 22. The album sold over 500,000 copies on its release date and is expected to top a million copies according to Billboard. Along with "We Are Never Ever Getting Back Together," the first single that's been topping the charts since it's release two months ago, tracks like "Everything has Changed" and "Treacherous" have claimed their spots at the top of iTunes' charts. With a mix of rock, pop and of course a hint of country, Swift's fourth album features songs that carry a "tween" … END_OF_DOCUMENT_TOKEN_TO_BE_REPLACED