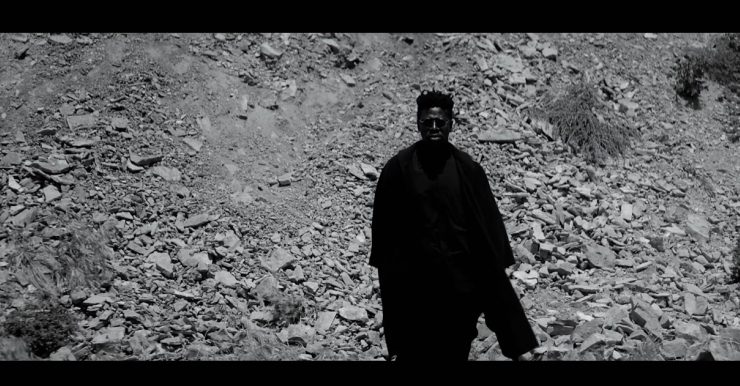 Establishing his position as the next up and coming artist to watch for, singer-songwriter Moses Sumney's debut is a stunner and one of the year's best. Thanks to world renown singer and songwriter Solange, Moses has gained mass attention with his latest release from Jagjaguwar Records.  The record is packed with calm and cool tracks that showcase his unique falsetto vocals and cool acoustic riffs that can be heard on popular tracks like "Plastic." Sumney was born in San Bernardino, California but he moved with his family to Ghana when he was 10 years old. And it was only when Sumney moved back to California to attend UCLA that he taught himself to play guitar. I first heard his … END_OF_DOCUMENT_TOKEN_TO_BE_REPLACED 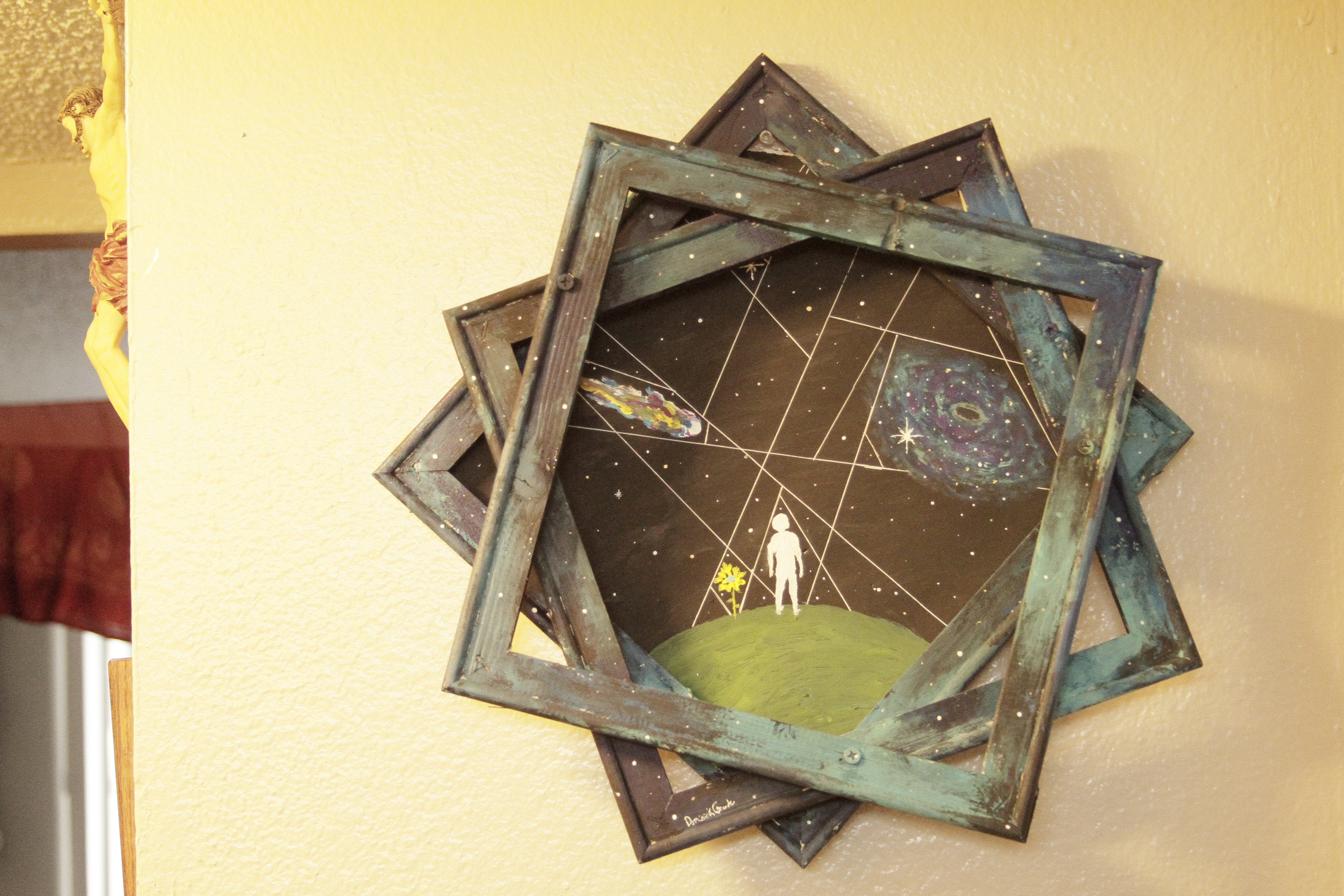 By Nicholas Linares |Staff Writer| With art pieces influenced by cosmic explosions and space/time concepts, artist Dominick Grande is gathering newfound attention in the underground art scene. After two decades of drawling, doodling and painting, the young Southern California philosopher is now selling his art for the first time. “Two years ago my mom was my first customer and bought a painting of mine,” said Grande. He mentions his constant doodling and anxiety is a large inspiration for his more mature and thought out pieces. Life and Death on a Cosmic Scale was the name of the first galactic complement observed with the innovative artist. An elongated canvas stretching … END_OF_DOCUMENT_TOKEN_TO_BE_REPLACED

By Yesica Gonzalez lStaff Writer| Hip-Hop artist Kendrick Lamar’s new album “DAMN.” was just released on Friday, April 14. Lamar's album was very different from other artists that usually focus on this type of field and I found it to be enjoyable. "DAMN." would most likely be suitable for young adults and any hip-hop lover out there. The album has14 tracks that each have various ranges of beats and melody that distinguishes it from each other. This is Lamar’s fourth hip-hop album and has been receiving various reviews from many online and magazine sources. Online Magazine, Pitchfork, has rated a nine out of ten stars and has considered it  to be a "master … END_OF_DOCUMENT_TOKEN_TO_BE_REPLACED 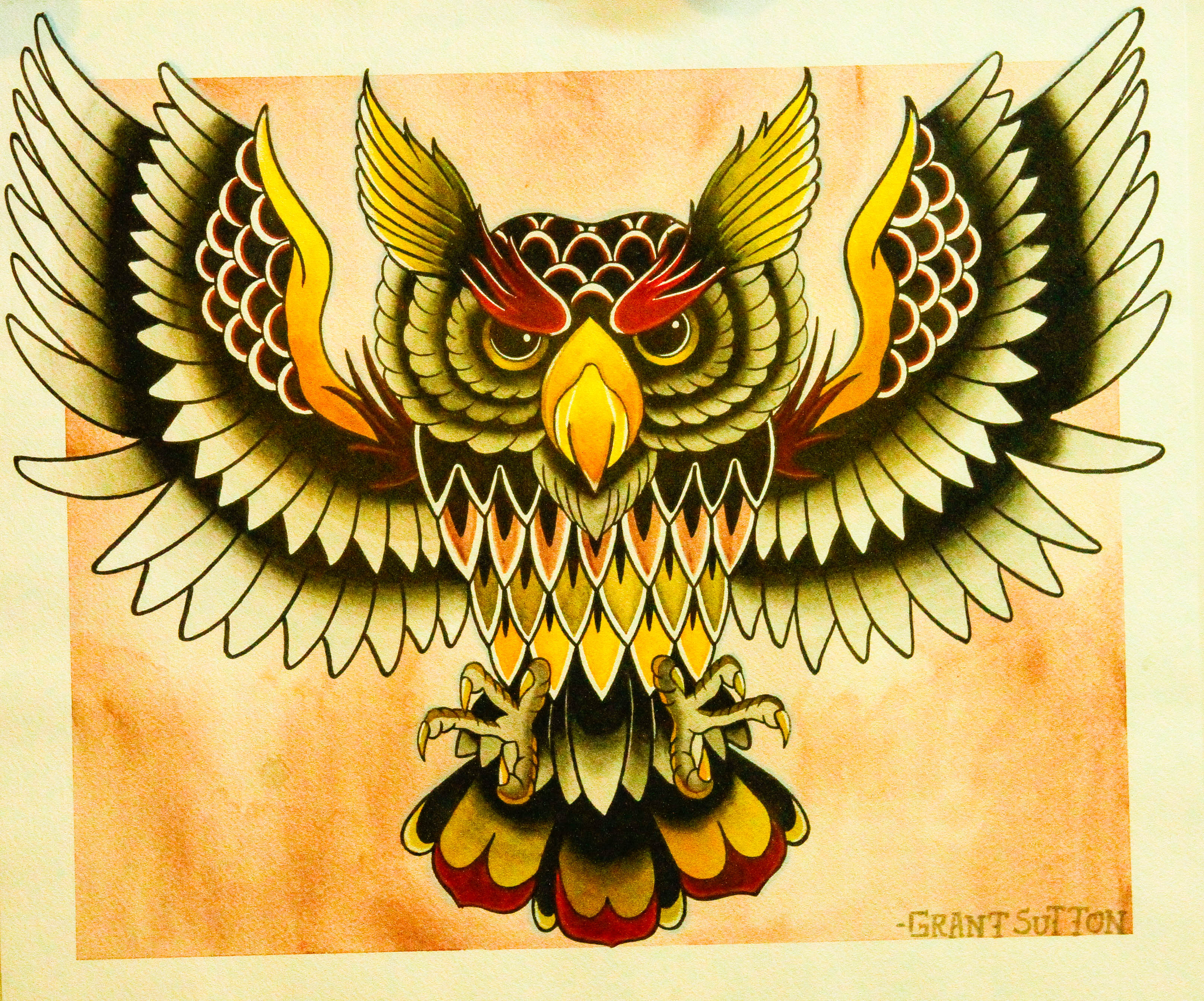 By Nicholas Linares |Staff Writer| CSUSB alumni Grant Sutton, a local Southern California resident is living the creative life with his full-time career as a respected traditional tattoo artist. In his booth at Empire Tattoo, Sutton has several mediums of art displayed for the public. One of these pieces is a burnt paper with a scenery weapon from Rob Zombies movie, Halloween. On the burnt paper is a large cleaver depicting the house that Michael Myers grew up in, the clown mask he wore as a child, a revolver and a pumpkin. “I was really upset when my wife accidentally knocked over a beer onto the painting right after I had just finished painting the blood,” stated Sutton. … END_OF_DOCUMENT_TOKEN_TO_BE_REPLACED

By Erika Aguilar  |Staff Writer| 11/20 San Bernardino Police Seek Man Who Kidnapped Woman Police are investigating a carjacking and kidnapping of a woman that begun at the St. Bernardino's Medical Center parking lot. After finishing her shift at the medical center, the woman was approached by a man who was carrying a knife and forced her to get inside the car with him, according to authorities. The suspect then dropped off the woman at IHOP in Rancho Cucamonga with no injuries and police were able to find her car yet it is unclear weather the suspect was arrested. Man Falls While Hanging Christmas Lights A 51-year-old Victorville resident man fell from his roof Sunday … END_OF_DOCUMENT_TOKEN_TO_BE_REPLACED

By Estefania Torres |Staff Writer| Adrian Gamboa, also known as AG, has the key that leads to stronger success. The aspiring rapper realized his talent for writing music in middle school when he created versus on MySpace. However, it wasn't until high school that he decided to take things a bit more seriously and compose his own music. Sacrificing his lunch money, the Riverside native began to save up for recording equipment. He saved enough money to buy a microphone and initiated his journey to making music. The rapper became noticeable on campus for his artist's views. However, he took some time off to master producing and writing. Coming onto the CSUSB campus, AG … END_OF_DOCUMENT_TOKEN_TO_BE_REPLACED

By Andrea Jimenez | Staff Writer | Prince Royce is a bachata singer from New York City who broke into the Latin pop mainstream in 2010 after incorporating both English and Spanish into Ben E. King's famous song "Stand By Me," and giving it a smooth urban beat. The remake quickly became a hot hit, making it on to the top ten Latin Billboard Chart; not only was this the beginning of Royce's career, but the kick-off to a new bilingual style of music. "It gives the listeners the best of both worlds, keeping a mutual understanding between his listeners and the messages he tries to convey with his lyrics," said student Kathia Rodas. Royce focused on bachata music for the first four … END_OF_DOCUMENT_TOKEN_TO_BE_REPLACED

By Estefania Torres |Staff Writer| #FreeKesha  Stars like Taylor Swift, Lady Gaga, Lorde, and Lena Dunham have publicly shown their support for Kesha during her widely publicized court battle with record producer Lukasz Sebastian Gottwald, also known as Dr. Luke, and Sony Music. On Feb. 19 a New York judge denied a court injunction that would have released the "Tik Tok" singer from working with her alleged abuser and his record label, Kemosabe Entertainment. "I couldn't believe that the judge denied the injunction. It was shocking to me especially at a time when women are fighting for equal rights," said student Samantha Cortez. The singer-songwriter filled a lawsuit … END_OF_DOCUMENT_TOKEN_TO_BE_REPLACED

By Justine Lopez | Staff Writer | The music industry needs to brace itself because Def Jam Recordings have officially signed a new artist who has taken over the charts. Alessia Cara debuted her first single, "Here," this April and has over 17 million views on YouTube. Her touch of sound is commonly linked to Amy Winehouse, which is not too bad for a 19-year-old from Ontario, Canada. Within the first week of the song's release it accumulated over 500,000 streams and became the recently added track on every teenager's playlist. Complex magazine even labeled it as one of the best Canadian songs of April, and Billboard also added it to their "20 pop songs you need for your … END_OF_DOCUMENT_TOKEN_TO_BE_REPLACED

By Ivanna Carlos |Staff Writer| Rachel Anne Morris, better known by her stage name Rae Morris, 21, released her debut album Unguarded on Jan. 26. Unguarded, which was released in stores and on iTunes, has a total of 12 songs which includes Morris’ hit single, “Unguarded.” When listening to the single “Unguarded,” which is personally my favorite song from the album, I felt as if I was listening to Ellie Goulding, a pop artist from England. Not only does Morris sound similar to Goulding, but she also compares to Coldplay, and Lana Del Rey giving off a pop-like vibe at times but also toning it down and having a resemblance to Birdy. The song that reminded me of Birdy is Morris’ … END_OF_DOCUMENT_TOKEN_TO_BE_REPLACED