By Kimberly Treloar |Staff Writer| The stress is building in the CSU system. Tuition and fees continue to rise every year and the number of class offerings and the budget are slashed even further. It appears as if this volcano may be near the point of erupting. I think increasing tuition and other fees are probably the worst thing that the CSU system can do to students right now. We are already broke and the constant increases will only force many of us to either have to drop out, or work two to three jobs. How will we be able to obtain an education? According to CSU San Bernardino's website, as of July 2012 the CSU Board of Trustees approved a tuition increase by 12 percent … END_OF_DOCUMENT_TOKEN_TO_BE_REPLACED 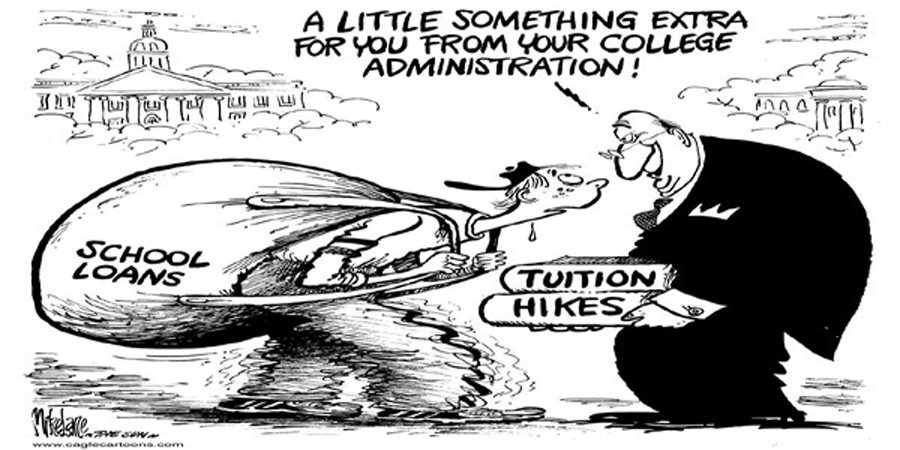 by Vicki Colbert | Staff Writer | The California State University Board of Trustees approved a nine percent tuition increase starting fall 2012. How do the students at CSUSB feel being that they are directly affected by this hike? Two words: Pissed off! The decision took place in Long Beach, totaling a vote of 9-6 to hike up 2012-13 tuition another $500. During the meeting many CSU students stood outside of the building and chanted “We are the 99 percent.” According to Trustee Roberta Achtenberg, rejecting the tuition hike would mean less access for students. "We have an obligation to make this institution run properly," said Achtenberg. Others share the attitude that the nine … END_OF_DOCUMENT_TOKEN_TO_BE_REPLACED