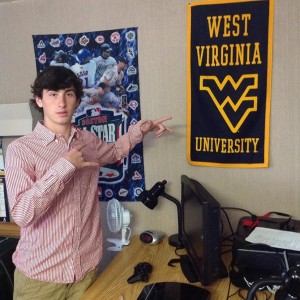 The death of West Virginia University student Nolan Burch led to the suspension of all Greek events on campus.

Burch was not breathing when he was found unconscious inside a fraternity house in early November.

According to NBC News, Burch was in critical condition in intensive care at Ruby Memorial Hospital.

The 18-year-old freshman was confirmed dead two days later by Amy Johns, a spokeswoman for West Virgina University Healthcare, according to People.com.

Police had initially been called to the Kappa Sigma house and found someone performing CPR on Burch who laid unresponsive on the floor, reported People.com.

Morgantown Police Chief Ed Preston confirmed the incident was alcohol-related, but he did not comment on whether alcohol caused Burch’s death.

According to a press release from Leo Brown, director of chapter services for Kappa Sigma, the Morgantown chapter had previous violations for the fraternity’s codes of conduct and had been on suspension since mid-October.

Brown added that the fraternity was in the process of further investigating the circumstances of the death but that the chapter’s charter was withdrawn and its operations closed.

One week before the incident that led to Burch’s death, a separate fraternity, Sigma Chi, was suspended after 19 pledges were involved in a street brawl at 1:30 a.m. on Nov. 6, according to NBC News.

Morgantown police reported responding to disturbance calls to find the students “running and screaming, yelling and engaging in disorderly conduct.”

A total of 19 intoxicated pledges were arrested or cited for underage possession of alcohol, reported NBC News.

In the past year, Greek organizations at college campuses across the country have come under scrutiny following the deaths and injuries of pledges.

In July, the death of 19-year-old Armando Villa of California State University Northridge, was ruled by police officers as being hazing-related.

Marquise Braham of Penn State, 18, committed suicide in March after what his family claimed was repeated hazing.

Students who had membership in Greek organizations like Delta Sigma Chi, Sigma Nu, Kappa Delta, and others, pledged to not haze by participating in the “These Hands Don’t Haze” campaign this fall.

The Student Leadership and Development office at CSUSB also enforces a zero tolerance stance towards hazing in accordance with California law.

The SLD Greek handbook maintains that ” Abusive behavior toward, or hazing of a member of the campus community is forbidden.”

According to California Education Code Section 48900q and California Penal Code 245.6: “Hazing includes any method of initiation or pre-initiation into a student organization, or any pastime or amusement engaged in with respect to such an organization, which regardless of location, intent, membership status or consent of the participants, causes or is likely to cause bodily danger, physical harm, mental or physical discomfort, embarrassment, harassment, fright, humiliation, intimidation, degradation, or ridicule, extreme mental stress, or otherwise compromises the dignity of any student or member of the campus community.”