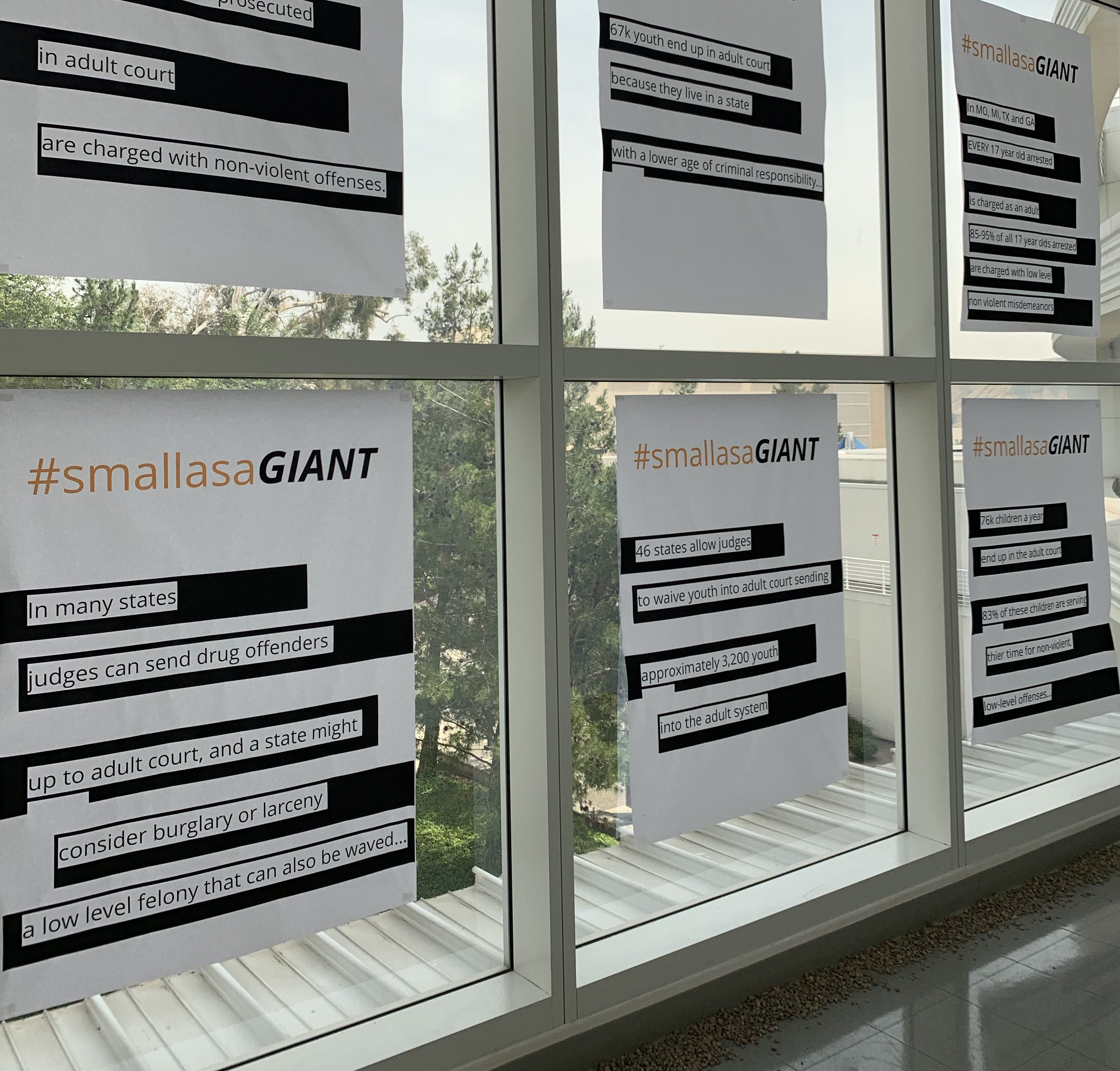 Every quarter the Anthropology Museum, located in the Social and Behavioral Building, holds an exhibit open to all students, faculty and the community. The current exhibit is titled “smallasaGIANT.” Guest curator Ise Lyfe presents a moving message through his artwork in a photography exhibition to expose, end and rectify California’s long term prison sentencing of children.

“SmallasaGIANT is a state-wide forum throughout California at an attempt to bring awareness to the issue of the sentencing of children and the ineffectiveness of long-term sentences,” according to smallasagiant.com.

Guests are welcomed with a biographical introduction into the background of Ise Lyfe, which is extremely significant in understanding the reasoning behind his intention of creating this exhibit and why starting this dialogue is important.

“I think this is one of the most important messages to get people talking about this issue of long terms sentences on children. It is, tragically, something not a lot of people even think twice about and as a Criminal Justice major I think it is an urgent matter.”

When strolling through the museum, guests are shown a number of photographs along with the name of the person in the picture, their age of incarceration and the length of their sentence. It is powerful to not only read the stories of these people who were, at the time, children when their lives were changed forever but to also see their faces as adults.

Criminal justice major Jennifer said, “These faces, the children who made mistakes, were robbed of a childhood and that is not okay.”

The exhibit takes it one step further and provides videos of these actual people having a chance to tell their stories and be heard. These people were all underage and sentenced to serve long-term sentences in correctional facilities in California.

This project reveals the truths in a proactive way, of juvenile incarceration in hopes to encourage participation in the efforts to reform the juvenile justice system.

Along one of the walls of the museum is a timeline visually explaining the process and progression (or lack of) reform to juvenile justice laws and how those influence sentencing length.

This is an eye-opening, engaging and inspirational exhibit that everyone should take the time to visit. The exhibit is a self-guided tour, so you are able to take your time reading all the stories and taking in everything at your own pace, at no cost to you. Arranged hours are available outside of the Monday through Friday 9 a.m. to 4 p.m. schedule the museum currently offers. If you are unable to visit the museum, there is an online version of the exhibit on the Museum of Anthropology website, so you are still able to participate and learn about such an important issue that every person listening can make a difference.