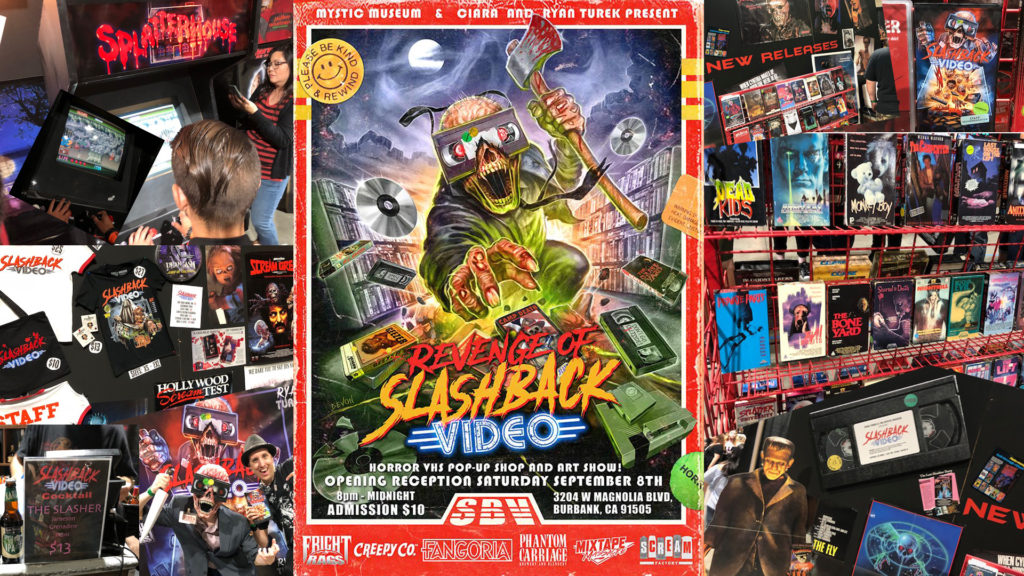 The Slashback Video art exhibit is located at the Bearded Lady’s Mystic Museum in Burbank on Magnolia Blvd and seeks to bring together those nostalgic for the days of the video store.

The exhibit is made to resemble a video store one would find before the era of streaming with VHS tapes lining the walls alongside posters for the newest releases, candy and sports cards being sold at the cash register, and a catalog of upcoming tapes for rental.

With the name of the exhibit and artwork showcased, Slashback has an obvious bend towards horror and the macabre which might steer away some from wanting to visit but it’s an open place with people willing to answer any questions you have about the exhibit or just talk about the experience in general.

Unlike an actual video rental store, you can’t rent anything as the exhibit itself exists to show off the artwork used on tapes throughout the decades and the amount of effort that would go into the video stores of old to catch the eye of any possible customer.

There’s also an area that showcases new original art for films from fans of the exhibit who want to show some respect and love for the entertainment they cherished.

A lot of the tapes and memorabilia at the exhibit are donated by fans and friends from their personal collection to show off and help give the event more to show.

In a recent interview, one of the creators for the Slashback exhibit, Ryan Turek, mentions what they’re willing to take into the collection from donators. 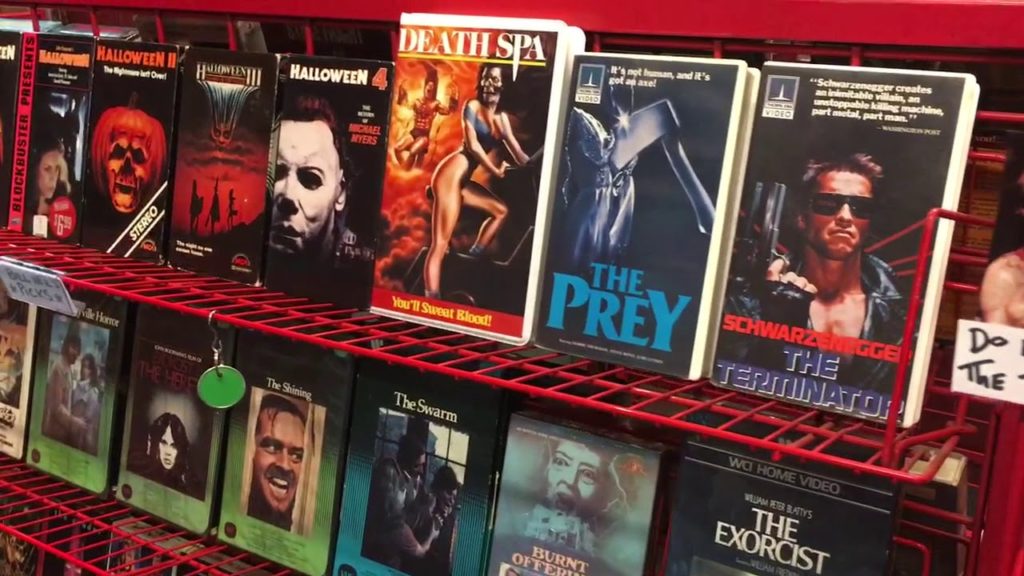 “Our whole thing is to try to find those VHS box covers that are visually exciting,” Turek said. “They don’t make art like that anymore.”

Turek is also the director of development for Blumhouse Pictures, a studio which specializes in the horror genre showcased at the exhibit, which just released the recent 2018 revival, Halloween.

Because of the level of care put into the design and artistic integrity of the exhibit, Slashback Video does a wonderful job at replicating and even reviving the feel of walking into a store to rent a video, a feeling that’s become almost entirely lost with each new generation who grow up to be embraced by the era of streaming.

One who visits the exhibit will find a variety of people looking to be taken back to their youth through aisles filled with the worn cardboard boxes of VHS tapes.

“I feel like I’m a kid again,” CSUSB student Bryant Venture recalled. “It reminds me of something like Hollywood Video with a lot of personality thrown in.”

Slashback Video is an interesting little oddity tucked away in the streets of Burbank that you might have completely missed out on but it’s more than worth spending an hour or two of your time there.

The exhibit officially opened on September 8th and will continue into the latter half of December. If you have no plans this Halloween, consider taking a few friends for a ride back in time.