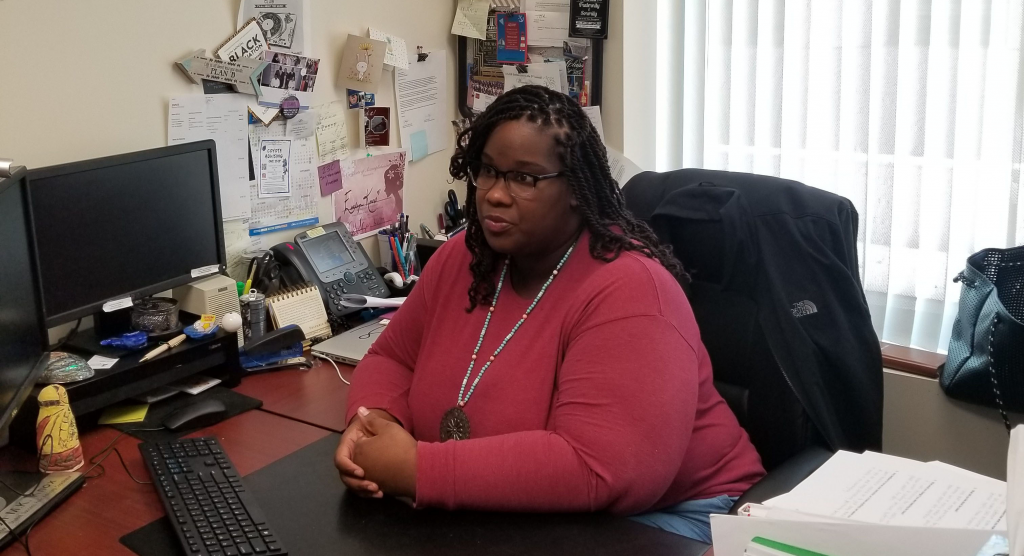 The Black Student Union (BSU) is an organization that helps connect the black students and faculty of CSUSB to promote feelings of acceptance and a sense of a family.

Evelyn Knox, who is the advisor for BSU, took the time to be interviewed about her involvement with the union and how students can benefit from being a part of the BSU.

Q: How did you become involved with BSU?

A: I became involved with the BSU around 2013. I worked in housing as a coordinator and one of my RA’s  that I supervised at the time was really involved on campus and he told me that he had to talk to me about something. During that time, they had an advisor, but she could no longer do it in her capacity and they needed someone to fill in. So they wanted to meet with me to sit down and talk about it and propose the idea to me. However, he caught me on my way to lunch and asked me if I wanted to be the advisor and I agreed because I wanted to be more involved with the students more than I already was.

Q: What opportunities does BSU offer those who join?

A: We have meetings every week on Thursday and it’s been that way since I started being an advisor. They can expect to come to the meetings and feel a sense of family. We’ve been meeting in the black residential hall in Badger housing and it’s like a living room where we have a lot of good discussion about current events and programs that we have coming up. They can expect to come to the meetings to be informed and engage with other people.

A: Next year will be our 25th year of black grad. Between December and January, we start to figure out what we want for the program. When it first started, black grad was held in a smaller location on campus and now we’ve expanded with our program and we’re in the arena. We usually do it during the same day as Latino grad and we have students that participate in both. It’s a cultural celebration and it’s a really good time for students because there is an unlimited amount of tickets for students to give to their families. Some students do black grad as their main celebration because they feel a better sense of connection.

Q: What are the social media websites that the BSU has and what are the names of them for the students that want to follow and be engaged?