The spread of COVID-19 has pushed people in office to enforce orders that require people to practice social distancing and only go out in public for essential services. One of these services, abortion, has been deemed by many states, such as Texas, to not be an essential service and many clinics are either being shut down or are denied funds to perform the procedure. 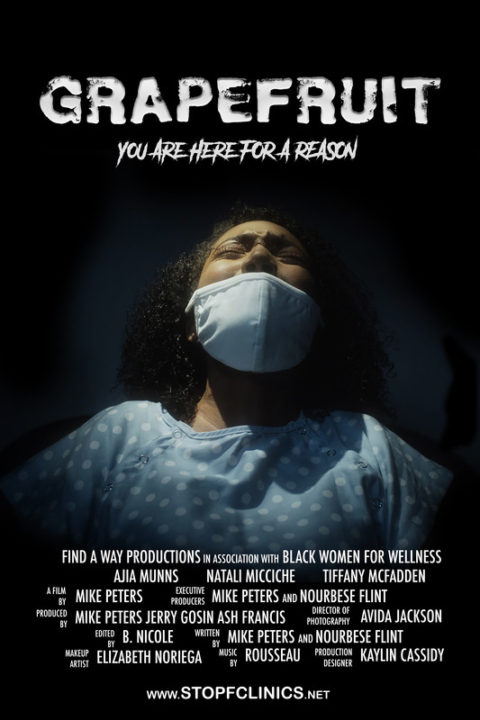 The short film “Grapefruit,” directed by Mike Peters, had an online film premiere on April 7 to spark the discussion of a woman’s right to an abortion and the obstacles she may face, such as being led into a fake clinic.

“My hope is to be a catalyst to encourage discussion,” Peters said.

“Grapefruit” focuses on a young woman who is accompanied by her two friends to travel across two states to get an abortion. Many aspects of the short film were incorporated based on real life laws.

According to Heather Shumaker, the Senior Counsel for Reproductive Rights and Health of the National Women’s Law Center and one of the guests speakers at the webinar, “We saw 25 abortion bans signed in 2019.”

The current COVID-19 pandemic has further limited the access women to receiving an abortion. Grapefruit’s depiction of the main character and her friends travelling across two states for an appointment mirrors the real life decision some women make if they are in a state that cannot perform the operation. State Senator of California, Heather Mitchell, gave an example by commenting that, “Three Texan women reached out to PP (Planned Parenthood) L.A. to schedule an appointment.”

Ajia Munns, the lead actress of the short film, described the research she conducted before going into her role.

“Before going into this role, I had no idea about it,” Munns said in regards to the fake clinic portrayed in Grapefruit. “It’s not about right or wrong, it’s about telling a woman what to do with her body.”

During the webinar, a couple of speakers shared their own personal experiences with abortion. Munns mentioned that her sister received one and Jess Jacobs, another actress in the film, commented that she had one at the age of nineteen.

Prior to the discovery of COVID-19, advocates for abortion took into consideration the various factors that go into a woman’s decision to receive one. One factor that was emphasized in the webinar was whether or not a woman had health insurance and if said insurance covered abortions.

“In most states if you receive Medicaid, you cannot use it for an abortion unless under extreme circumstances,” said Ravina Daphtray, the Director of State Strategies for the All Above All campaign. “There have been thousands of restrictions introduced at a state level before COVID-19 and even still during this pandemic.”

Despite restrictions being put in place for women to receive an abortion during this pandemic, individual cities are finding ways to assist these women. Houston, Texas has received approved funding to take care of people who need rides and lodging for the procedure.

Jacobs believes that mass media can have an impact on the laws that get passed.

“When we go to the movie theater, or when we turn on our streaming platforms, the opportunity for Hollywood to be a part of change-making is huge,” Jacobs commented. “This is how we create a place to normalize the laws that will be in place.”

Senator Mitchell shares a similar sentiment as she wants to see more of the lawmaking aspect of abortion discussed in media.

“We need a provider angle,” Mitchell said. “To show the members of Congress. To show the policy-making. To talk about it as an access issue.”

Discussions about abortion continue to be had in the midst of this pandemic, but the advocates who fight for women’s rights to have control over their bodies continue to find ways to engage in conversation.

“We live in this world right now where we give more body autonomy to the dead than the living,” Peters expressed. “Every woman should be able to make a choice about her body.”