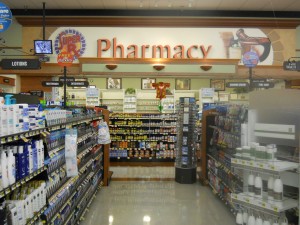 At a medical conference in Atlanta on Sunday March 3, a group of scientists mentioned that they believe they have cured a child of HIV.

According to the LA Times, for the first time, doctors are reporting that a child born with HIV and put on an unusually aggressive treatment regimen has been functionally cured of the infection.

The child in question is a two-year-old girl from Mississippi, whose identity has not been revealed to the public.

The girl’s mother did not know she had HIV until she took a screening test after she was already in labor, according to Dr. Hannah Gay, the pediatric HIV specialist at the University of Mississippi Medical Center in Jackson, who treated the baby.

Instead of giving the newborn an anti-retroviral drug, Gay opted for a three drug regimen that is usually given as a long term treatment for infected children.

The first infusion was given to the girl just 30 hours after her birth. It was not until several days after her birth that a blood test confirmed that she was HIV positive.

With continued treatment, it took less than a month for the girl’s viral load to become undetectable with standard clinical tests, Gay said.

The girl’s treatments continued normally for 15 months, but then became irregular and when she was around 18 months old her mother stopped bringing in for further treatment.

Almost five months after her last treatment, the girl’s mother brought her into the clinic and had her blood drawn.

According to the results of her blood test, the girl only has a small trace of HIV in her bloodstream and doctors had been able to keep the virus under control without the use of medicine.

Dr. Karin Nielsen, a pediatrician who specializes in infectious diseases at David Geffen School of Medicine at UCLA, believes that the aggressive treatment used in the case could potentially lead to further ground breaking research.

“If there is a trial that shows this can happen again, then this will be very important,” said Nielsen.

Nielsen believes that if researchers demonstrate the same results in other children, it could drastically alter the lives of the children born with HIV.

According to Kaiser Family Foundation, since the HIV and AIDS epidemic first gained recognition in the 1980s more than 60 million people worldwide have been infected with HIV/AIDS.

Out of that 60 million, about 1 million of them are Americans who have been diagnosed with HIV and approximately 600,000 have died of AIDS related causes.

Out of those 1 million people diagnosed HIV, approximately 200 of them are children who were born with the HIV disease.

According to the Atlanta Journal-Constitution, Nearly 200 U.S. mothers this year will learn that their newborns are HIV-positive and that they will need a steady dose of anti-retroviral medicines most likely for the rest of their lives.

Despite these numbers, scientists are continually progressing forward in working to prevent the AIDS virus and hope to repeat similar trials for further advancements.