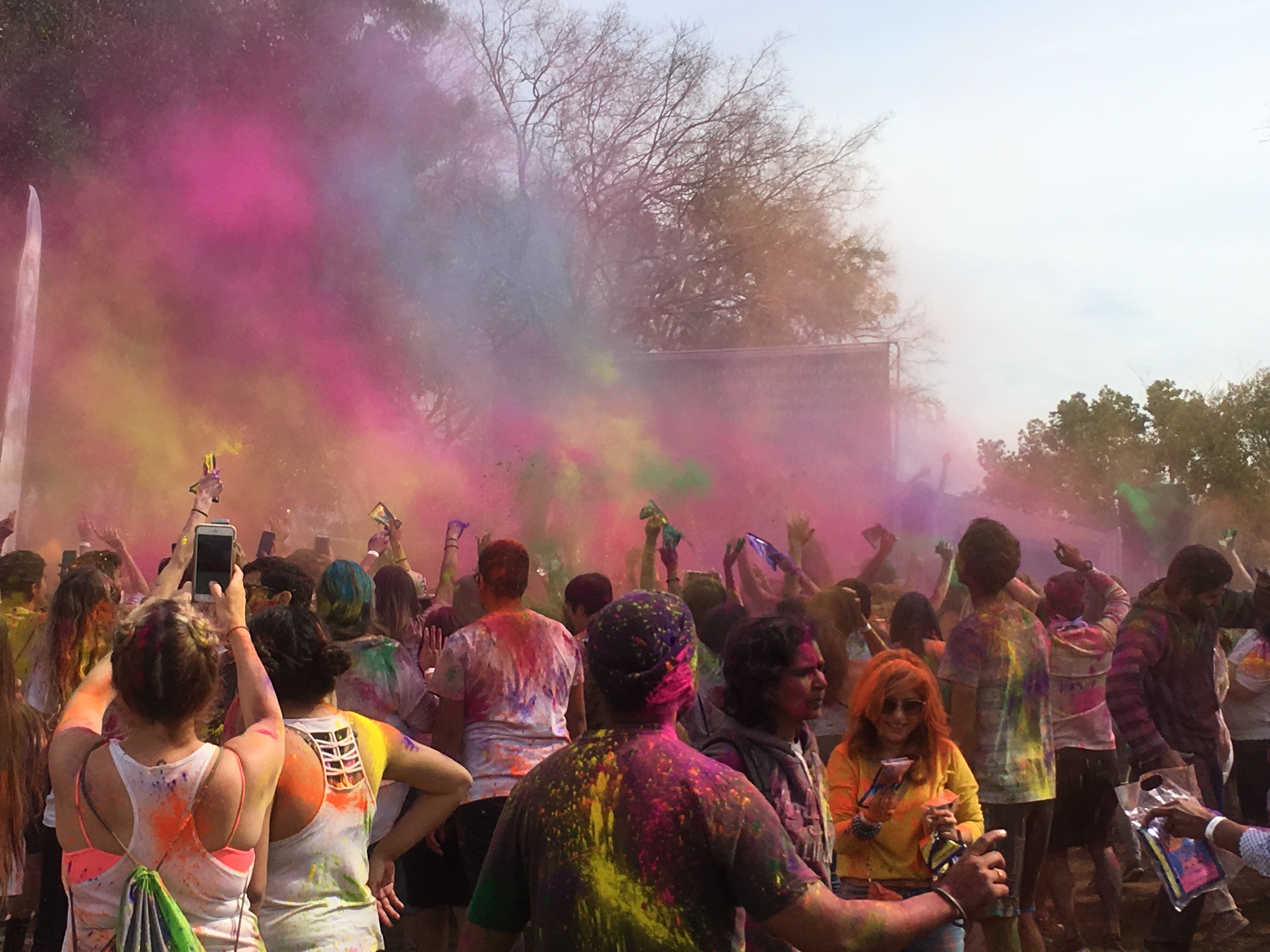 This past weekend was the third year that the Holi Festival Of Colors was held in Riverside at Martha McLean Park.

The colorful and vibrant event was open to all ages as hundreds across the Inland Empire community came together to celebrate the passing of winter and the arrival of spring.

Holi is an ancient tradition in India, that is celebrated a welcoming of the change of seasons.

The festival is a way for those to “bury their hatchets with a warm embrace and throw it into the wind.”

The main goal of the fesitval is to send a positive and powerful messages to each and every individual as diverse people, of ethnicities, gender, sexuality and even religion, we are all united here, but we should all be unified.

With the different colored dusts (that vary) from red, yellow, green, pink, blue, and silver, (they) each represent our different backgrounds.

We come together by throwing colors, hence becoming one.

“Holi is a consciousness raising event,“ stated Arcita Dasa. “It is for people who wonder who they are, who every body else is, and what they are suppose to be doing,” Dasa continued.

Festival of Colors hosts on an environment that allows people to come together and in a fun and entertaining way.

“I would describe my first time here fun and exciting all my worries went away and it was a fun experience I would defiantly do again. Nobody was judging me because we were all doing the same thing we are all equal,” said first time attendee Arin Tanji.

There were different types of music, such as traditional Indian music, hip hop and rap.

Many people joined the yoga sessions and also people participated in yoga practices to release tension.

What seemed to capture people’s attention was learning how to dance to the Indian music.

The atmosphere at the event appeared to be full of enjoyment as everyone participated in either dancing or  throwing colorful powders.

Some fun activities included: a bouncing house for small children to play in, acrobats, and plenty of dancing.

“Its been really great I love the unity among everyone their is a really good sense of peace and humanity that I think a lot of people need to experience around this time in our country,” stated CSUSB videographer for Office of Strategic Communication, Giacomo Thillet.

This event embraces the idea of meeting new people, exchanging colors with others, and most importantly spreading peace and unity.