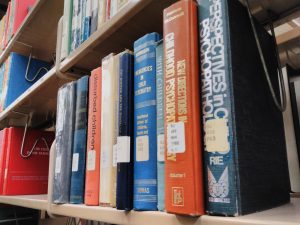 Aside from being considered an incredibly large dormitory for books by some, CSUSB’s John M. Pfau Library (Pfau) offers a plethora of free resources, programs and services for attendants.

Libraries are insightful pinnacles into communities; they serve as a reflection of a community’s history, culture and values.

Moreno further described that libraries provide more than just a location to study and work, but also access to information otherwise inaccessible by other methods, as well as numerous beneficial services needed.

One beneficial service that Moreno enjoys utilizing are Course Reserves.

“I like the Course Reserves because it saves money,” said Moreno.

Course Reserves allow students free access to rent certain materials for use, and the loan period allotted for course materials are determined by the instructor.

This service allows students an opportunity to allocate some of their funds towards other necessities. 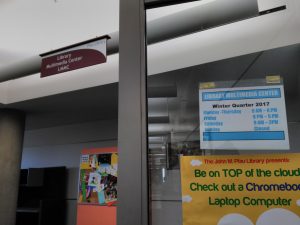 Moreno works on the fifth floor of the library where the LMMC (PL-5005) is located.

Moreno mentioned another one of his favorite services at the LMMC is the Blu-ray rental program.

One suggestion that Moreno advised to students in regards to utilizing Pfau services and resources is to engage in workshops.

Depending on one’s academic level, one can attend a library research for freshmen, transfer/junior bootcamp, or graduate studies workshop series.

“It’s an amazing opportunity for students to become involved in the intellectual community on the campus,” said Coordinator of Special Collections Jill Vassilakos-Long.

“People are welcome and I really think it enhances their education,” continued Vassilakos-Long in regards to encouraging students to attend events and workshops related to the community at Pfau.

Gifts like photographs or articles provided by the community as well as from baseball players who were active during the time period of the 1930s to 50s help bolster the project’s archive.

“At that time, people who were Latino were not welcomed into the major leagues, and so, they were involved in the pony leagues,” said Vassilakos-Long.

“We had a very active group in this area, and we are collecting their information on their leagues, on their playing, on what the world was like back then—on everything we can learn from them,” she continued.

The Latino Baseball History Project honors those players for their amazing skill and ability to persevere despite detrimental tribulations.

“People aren’t eternal,” said Vassilakos-Long, so it is imperative that we “capture them while we can” she continued. 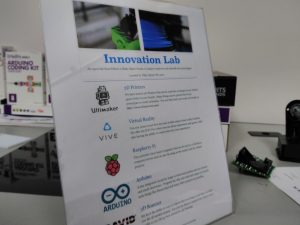 The Innovation Lab located on the first floor (PL-1003) features stimulating, advanced technology for anyone interested in learning and experimenting with creative tools and devices.

“You have a full, little room of a playground to come in and make whatever projects—whatever. Anything you want to learn or make and go out and find out about,” said Innovation Lab student assistant Mark Ortiz.

Inside the Innovation Lab there are sections featuring different stations. One section contained littleBits, which Ortiz described as magnetized circuits or “advanced Legos,” teaches students how circuitry works.

“We have RedBoards which are a little bit more advanced hardware components, resistors, wires, LEDs, nothing too fancy, but at the same time it is something to teach students on how to build circuits, or anything like that,” said Ortiz.

Demos and projects are exhibited to show how different attendants created their own unique pieces with the technology available.

“The biggest thing around here and in the Innovation Lab is 3D printing, it’s all completely free, just like anything else in this lab,” said Ortiz. 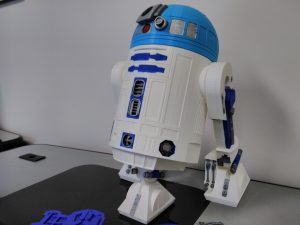 Attendants create a design of their liking and it is replicated with polylactic acid (PLA) “which is just a fancy term for plastic,” described Ortiz.

He also spoke about a project in which a drone frame was created using “nothing but 3D printed parts.”

For those interested in coding and programming there are microprocessing computers featured at the Raspberry Pi station.

“We provide low-cost, high-performance computers that people use to learn, solve problems and have fun,” stated the Raspberry Pi Foundation “About Us” page.

How about those interested in transcending this current reality? Virtual reality stations feature games and experiences for attendants. Ortiz mentioned that a psychology student studying the effects of exposure therapy is developing a program involving virtual reality.

Ortiz used an example of a person with arachnophobia dealing with their fear(s) in a controlled environment as an example of how virtual reality may be serve as a resourceful assistance in exposure therapy.

“You have all the resources here in the lab and they’re not going to cost you anything,” said Ortiz.

“We have students who come in for lunch or anything just to pass the time and enjoy the room, and by the end of the day, they’ve met four or five new people and they’ve started up a project,” mentioned Ortiz also.

“[We] are the nucleus of campus […] all of the colleges, departments, and students depend on us to support the curriculum,” said Petry.

Librarians are the most important resource an attendant can utilize when visiting a library, Petry explained. She has been a librarian for 24 years.

Around 1992 there was only one online database available with a few available on CD-Rom, now, there are about 150 to gather information from, described Petry.

“There’s a lot to explore if the person has the inclination and time,” said Petry.

For curious attendants with varied interests and needs, there are numerous resources, services, workshops and more that encourage attendants to become intellectually and socially engaged with the campus and local community.