Papa Charles, as he refers to himself, is a homeless person we met at Seccombe Park and wrote about in February of this year.

He was full of life and talked about his problems including his family and his living situation.

“Everybody sees the homeless as a negative part of life,” Charles said months ago. “I’m not negative, period.”

Papa Charles was lively and energetic as he spoke with our team at the time, and was even glad to converse with us to tell his story.

He spoke about his family including his wife and niece who was the only person who lived near San Bernardino. 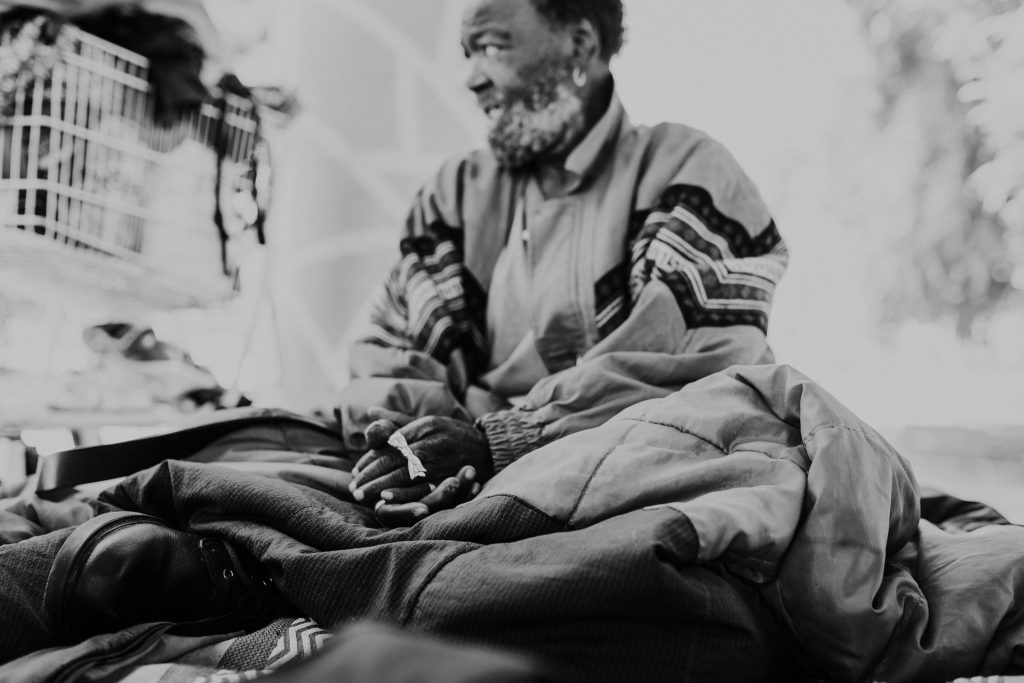 After speaking to Charles, we wanted another story about these park residents in the future.

Eventually, we planned with a new group to go interview individuals at Seccombe Park.

After walking around the park trying to find people to interview, we spotted Charles under a gazebo.

We approached him to say hello, but this was different and we noticed some changes with Charles.

He spoke softly with a raspy voice and had to clear his throat a few times while he spoke.

“You know, I had been in the hospital a little while back,” said Charles. “About a week and a half ago, I couldn’t breathe and I blacked out. They had to take me to the hospital.”

This came as a surprise to us because he had seemed to be much healthier when we spoke to him before.

He did not tell us what had happened to make it hard to breathe for him, but he said he lost contact with his niece after that incident.

His wife also does not speak to him.

“My wife does not want me out here,” said Charles. “I can get my own place, but I’m not fighting to get one.”

We asked him how he has been doing but he told us he had not eaten since Tuesday except a few cookies that he had in his shopping cart.

After he told us this we quickly got him water, which was the only thing we had on us.

We asked him if he knew some places that gave out food and he said that there are a couple of places near the park that give some out occasionally.

After we handed him some waters we said our goodbyes and as we walked away we heard a noise from him.

We ran back and asked what the matter was to which he replied, “Oh, this water just tastes so good.”

We questioned amongst ourselves about Charles’ past which lead up to this current point in his life that he refused to talk about.

His comments tremendously affected us. This was a man who was walking around happy to be alive and in good spirits but this was not the same person we met in February.

This was a man who fell through the cracks and that society seems to have forgotten.