The United States held its fifty-ninth presidential election on November 3. This country, which is often referred to as the beacon of democracy, will continue to use the Electoral College to elect the President. However, it is time to elect a president based on the majority vote, because it is time for the voices of the many to be heard.

The Electoral College may have been a good idea when there were only 13 states in the Union, but this country is vastly different now.

I would say the voting is for the individual. It is each person’s voice; each person’s say on who will sit at the head of this country. Voting is not for the state. Each individual should feel that their vote is being counted towards the whole and not lumped into a group of votes. People have given their lives for the right to cast an individual vote. Five times in our country’s history, a presidential nominee has won the majority vote but lost the Electoral College.

Campaign managers and strategists put together the plans to win the Electoral College. They spend all of their time trying to win the swing states like Ohio, Florida, Texas, and Pennsylvania, which hold 20 electoral votes. Presidential nominees spend most of their time campaigning in these states. The fight to win these votes is intense. 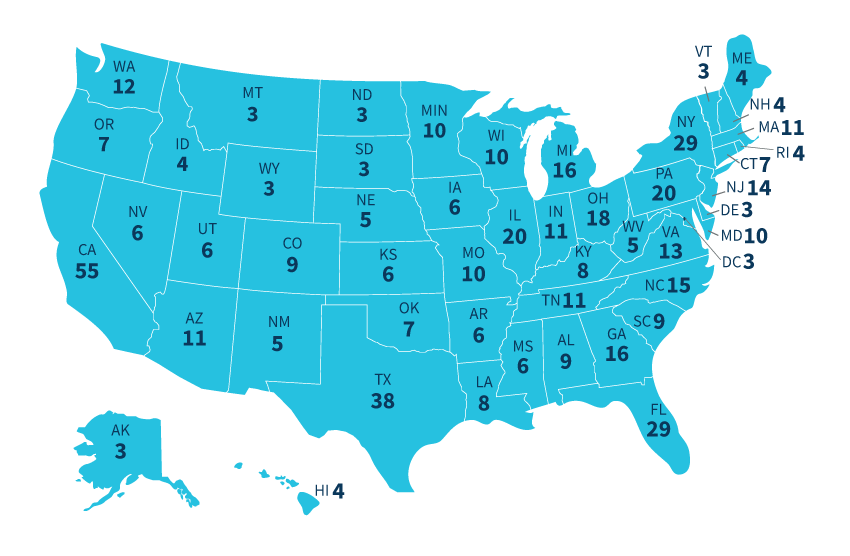 Map of Electoral college votes per state from www.usa.gov/election.%5B/caption%5D