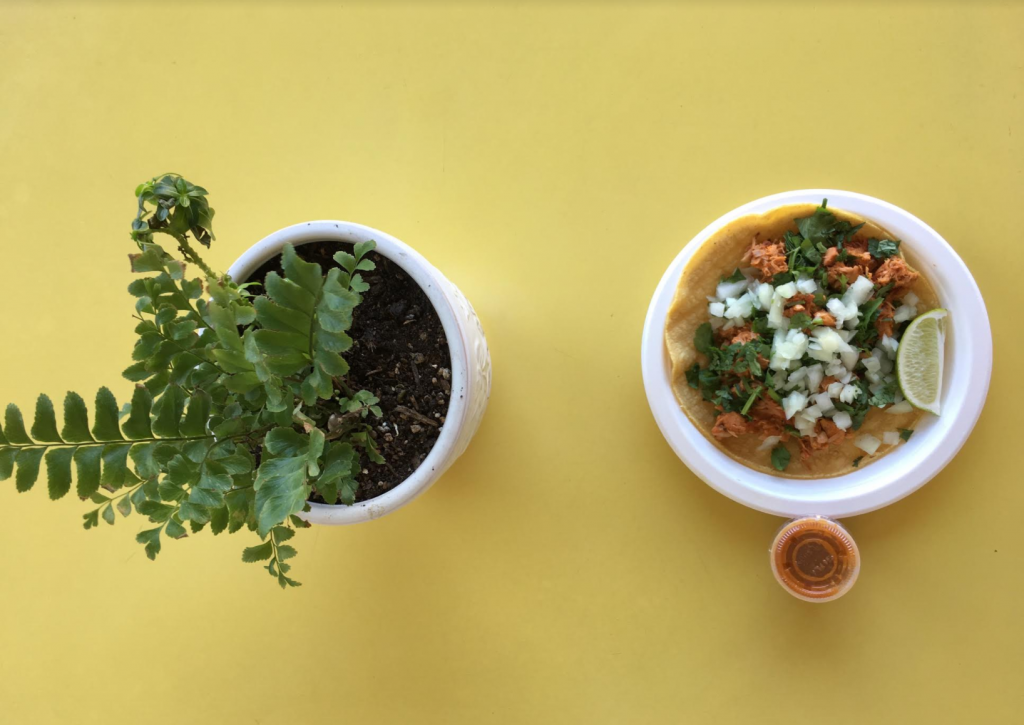 Located within the La Sierra Natural Foods Market, Oasis Vegetarian Café is a family-owned establishment and has been serving locals plant-based Hispanic dishes since 1996. To this day, the restaurant continues to flourish among the community.

With its fully plant-based menu that offers organic, fresh, gluten-free, and non-GMO dishes, the restaurant has been hailed as one of the Inland Empire’s best vegetarian restaurants that caters to those who are seeking to consume healthier o

ptions. As we begin to settle into the new year, healthy foods have become a staple to the new millennial mindset and in turn has transformed our lifestyle choices.

One of the most prevalent problems in the U.S. has been the issue of obesity among the average adult population. According to the CDC, more than one-third (36.5 percent) of U.S. adults have obesity, taken from an NCHS Data Brief conducted in 2015. However, the resurgence of health-conscious consumers has prompted a new wave of dietary choices that are often nutrient-intensive and most importantly, clean.

With this movement, the emergence of restaurants that are healthier in comparison to conventional food-chain corporations has also risen. Thus, an increase in vegetarian and vegan restaurants with plenty of plant-based alternatives have become a choice to combat the increasing health issues experienced today.

Unlike most restaurants with menu items that boast at least one or more processed ingredients with an even higher caloric intake, Oasis provides customers with dishes that are comprised of fresh, often locally-sourced foods. The plant-based proteins that are incorporated within some of the dishes are also made from scratch every morning.

I sat down with the owner of the restaurant, Branko Fernandez, to discuss the importance of having a plant-based restaurant within the community.

“As a family, we want to operate a business that has the highest integrity. We wanted our food to be healing in comparison to alternative foods out there. Health is everything to me and I believe that if we are able to achieve the optimal health, we can achieve the best versions of ourselves,” said Fernandez.

Since 2017, the restaurant has also undergone a few changes, with Fernandez choosing to revamp the menu and start by scratch. As a result, all the items served within Oasis are completely fresh and made from scratch. Some of the restaurant’s most popular dishes include their plant-based carnitas tacos, black bean burger, jack fruit tacos, avocado wrap, carne asada burrito, and steak fajitas bowls.

In addition, students can receive a 10 percent discount on any purchase the next time they drop by.