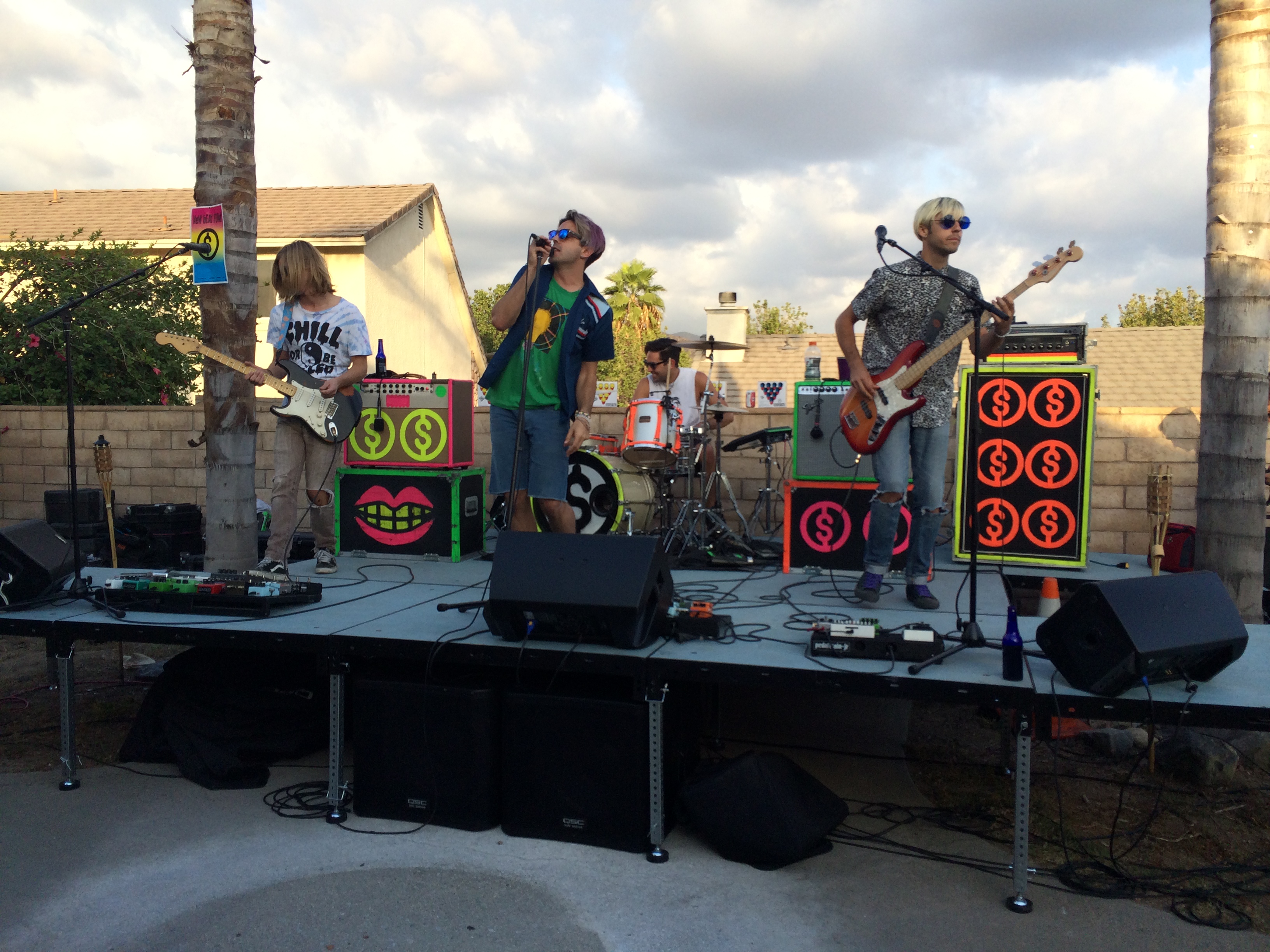 New Beat Fund came back and had another epic performance on Saturday, Sept. 27.

It was great catching up with band mates Paul and Jeff Laliberte, Michael Johnson and Shelby Archer since our first interview in May.

Their last performance in the Inland Empire was at the University of California, Riverside (UCR).

This time they performed for students at CSUSB and it was better than the last.

The venue was smaller and less crowded, which allowed for the audience to have plenty of space to dance and get into the performance.

The performance mesmerized me the entire time. As they played I saw how much they enjoyed being on stage. And how much love they had for music, even if it wasn’t their own.

In between each song, they played a random beat and started adding lyrics that could be potential future hits.

They were having fun, joking around, and making fools of themselves, all while doing what they love to do most: play music. The music didn’t even have to make sense.

The performance was absolutely amazing.

Their style is unique and enjoyable because it is a sound of music that isn’t common. This makes watching them that much more entertaining.

After the show, the band had a lot to say about what they’ve been doing since their show in Riverside.

“Since our performance at UCR, we’ve been up to a lot. We’ve been in the studio. We finished recording our new album. We have a single coming out next week, called ‘It’s Cool.’ We’re doing a lyric video and a music video for it next month,” said Jeff.

They are excited to be going on a national tour with Pepper that kicks off in Tucson, Arizona on Nov. 10.

They will be touring for five to six weeks as well as promoting their new single and album which will be released early next year.

Before they kick off the tour, the band is making the most of their free time.

“Since recording, we’ve hung out in Venice where a helicopter showed up at our first party, not because we arrived in a helicopter but because the cops showed up,” said Archer.

After the show, I asked them how they felt after a performance.

I asked why they decided to come back to the IE, they responded that they had a great time at UCR, they just had to come back.

The interview ended when they became swarmed by groupies, who showed up out of nowhere begging them to go to their homes. I think it’s safe to say, they are living the dream of a popular rock band.

Concert dates, music and any other information can be found on newbeatfund.com.