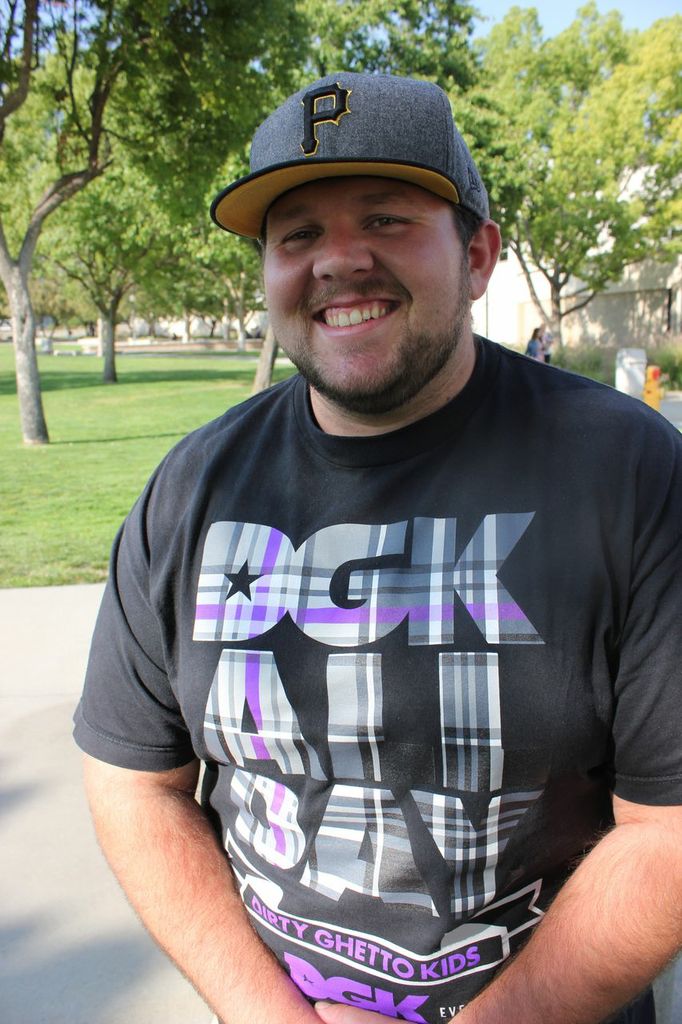 While attending CSUSB I have made many new friends, undergone multiple transformations, and created lifelong memories.

I will be graduating this Saturday with a BA in Communication with a mass communication concentration.

I enrolled at CSUSB during the fall of 2010 as a psychology major after completing two years at Crafton Hills Community College.

My first year as a Coyote was quite stressful; I wasn’t attending classes on a regular schedule and ended up on academic probation multiple times.

In addition, I began to doubt myself thinking that maybe college wasn’t for me.

After almost a year of struggling as a psychology major I made the switch to communications with a concentration of mass.

Since then, I no longer had to deal with the stress of academic probation and for once was able to tolerate my classes.

After enrolling in various core communications courses I began to lean towards film history and video production.

That was another one of my many phases and transformations.

In the winter of 2012 I enrolled in Comm. 240, writing for media, with professor Kathryn Hansler.

This specific course was chosen in order to fulfill a mass communication concentration requirement.

This course required students to learn the different techniques and strategies used in journalism.

I like to think this was the class that initially sparked my interest in journalism.

During the winter of 2013 I decided to enroll in Comm 243D with professor James Smart. The purpose of this class was to simule working for a newspaper company and required students to write stories for the Coyote chronicle.

For the duration of that quarter I wrote for the sports section covering stories on CSUSB sports teams.

While writing for the Chronicle I realized I had finally found what I wanted to do with my life.

At the end of last quarter I approached Professor Smart and asked how I could become more involved in the Chronicle.

Since I discovered my career path late in my college career I needed to gain all the experience I could with the short amount of time I had left.

I decided to enroll in Comm 399B, community service project. While enrolled for this course I worked for the Chronicle as assistant sports editor.

Some of my responsibilities included editing stories, generating layouts, and composing story ideas.

Working for the Chronicle this past quarter has given me the experience and knowledge I need to pursue a career within this field of work.

I believe my time at CSUSB will play a vital role in my future success in life.