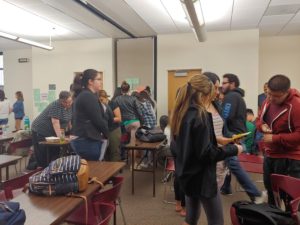 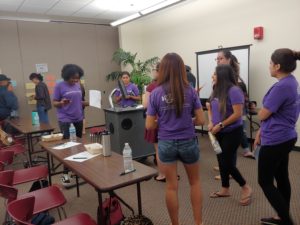 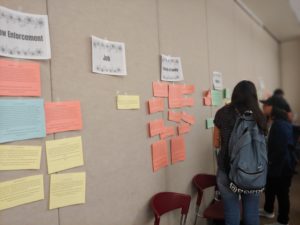 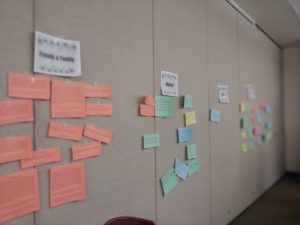 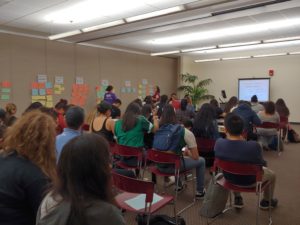 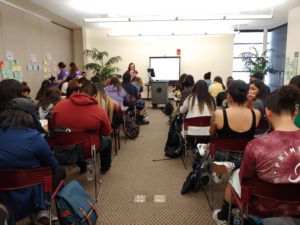 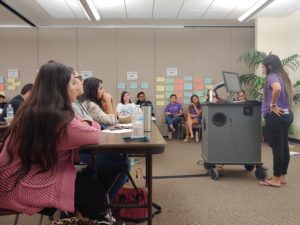 Today’s ongoing immigration policies not only target migrants that live in or journey to the US, but also target individuals caught in domestic violence situations who cannot report their abuse due to their immigration status and fear of deportation.

A workshop titled “#JourneyToSafety – Intersections of Domestic Violence and Immigration” was held at the San Manuel Student Union (SMSU) Fourplex on Oct. 25 to inform students of the ongoing social justice issue.

Campus Advocate for Survivors of Sexual Assault, Dating Violence and Stalking and event’s organizer, Marina Rodriguez, hosted the event with VOICE and the Undocumented Student Success Center (USSC) in honor of Domestic Violence Awareness Month and as part of End Sexual Violence Training students are required to do every school year.

VOICE is a peer educating group at CSUSB that hosts various events on campus to educate students about forms of violence such as dating and domestic violence, sexual assault and stalking and host support groups for students in an effort to prevent further violence in the community.

Fortunately, the event was packed with many students ready to learn about the topic and listen to survivor testimonies.

Various presenters from VOICE Peers explained and provided specific information regarding domestic violence and how it intersects with immigration.

It is a heavy struggle for individuals who are caught in the middle of a domestic violence situation, but for others such as women and children of color, their fight to leave their abusers behind almost feels impossible because of the lack of resources and outside support.

Jharlin Saloma, VOICE Peer and domestic violence survivor, gives her testimony on the experience and talks about her personal journey to guests on the topic at hand.

“I have been having to cope with my internal struggles and hasn’t been easy but I’m doing things for myself and helping those around me so I now do things like therapy and help run a support group on campus. I also talk about my experiences to help others that may have gone through similar situations,” Saloma told the audience, “So I’m here to tell survivors that you’re not alone, I believe you, and it’s never, ever your fault.”

Testimonies on sensitive topics like these are likely to become an emotional moment for speakers. In response, the audience were able to snap their fingers in support for the speaker to continue their story and if they relate to the issue itself.

Andy Garcia and Lorena Rosas from the USSC were present at the event able to provide an insight and information on the topic of immigration.

“One of the main claims that victims used coming to the United States to claim asylum was either they were victims of domestic violence or gang violence,” Rosas explained to students, “Now, Attorney General Jeff Sessions issued a memorandum on June 11, 2018 stating that people filing asylum on the basis of gang violence or domestic violence will no longer be eligible for asylum.”

Towards the end of the workshop, students were provided with resources to help survivors, other students, or anyone else that may need help. They were later asked to take part in a Journey To Safety activity that allowed them to go through and understand the experiences of a domestic violence victim/immigrant.

For the VOICE peers, it is important that they bring heavy issues such as these into the spotlight and have students understand them through these activities.

“Our main point for a lot of these events that we hold is to have an intersectional voice for others; to be heard and want to make sure we hit all these important topics just because, typically, domestic violence survivors are very silent including people of color,” Saloma said, “We want to create a lot of intersectional events where people can be like ‘hey this is something for me and I want to go to the event to learn more about this’.”

Discussing domestic violence and immigration may hard for anyone who may be involved in a similar situation, know others who are, or who may have never dealt with it.

However, that was the purpose of the event; to lessen the subject as a taboo topic in society.