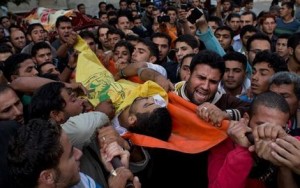 The world has witnessed in the past few days deadly acts of retaliation in the regions of the Gaza Strip and Israel.

The Gaza Strip lies on the coast of Mediterranean Sea bordering Israel and Egypt mainly inhabited by Palestinians.

This region has suffered causalities from rocket impacts launched by Israel.

According to BBC News reports:

An analysis of various news reports of Israeli–Hamas brings a greater awareness to the current conflict. As diverse as we all are, understanding the Israeli Hamas conflict gives some understanding of some our students that come from or have ties to this region, as well as brings our student body great awareness of this issue.

"Dear White People" and America
America might not be known for soccer, but it should be
Oktoberfest and the Ramen festival take over Pomona