The topics of race and racism and the inclusion of wider gender identities was presented to CSUSB in the form of comic books. 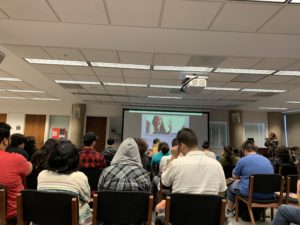 CSUSB hosted its third annual Comic Book Expo on Thursday, February 20, to state the impact of comics, help students who seek a future in comics, and

This event was held by Cesar Caballero, the dean of the John M. Pfau Library, and Matthew Poole, the professor and Chair of Art Design on our campus.

Cesar Caballero said, “We put this event on to help our students and give them an opportunity to show off their creative skills.”

There were also five panelists present who wrote comics and loved what comics do for society. Those panelists included Amanda Jacquez, comic and zine maker of “Doctor Gurlfriend”; Melina Chavarria, a comic book writer and co-creator of “The Magic Glasses”; Eric Koda, a comic book artist and a former Marvel Comics animator; Javier Hernandez, a cartoonist, art educator and co-founder of the “Latino Comics Expo”; and lastly, Phil Yeh, a muralist, artist, author, publisher and founder of Cartoonists Across America and the World. 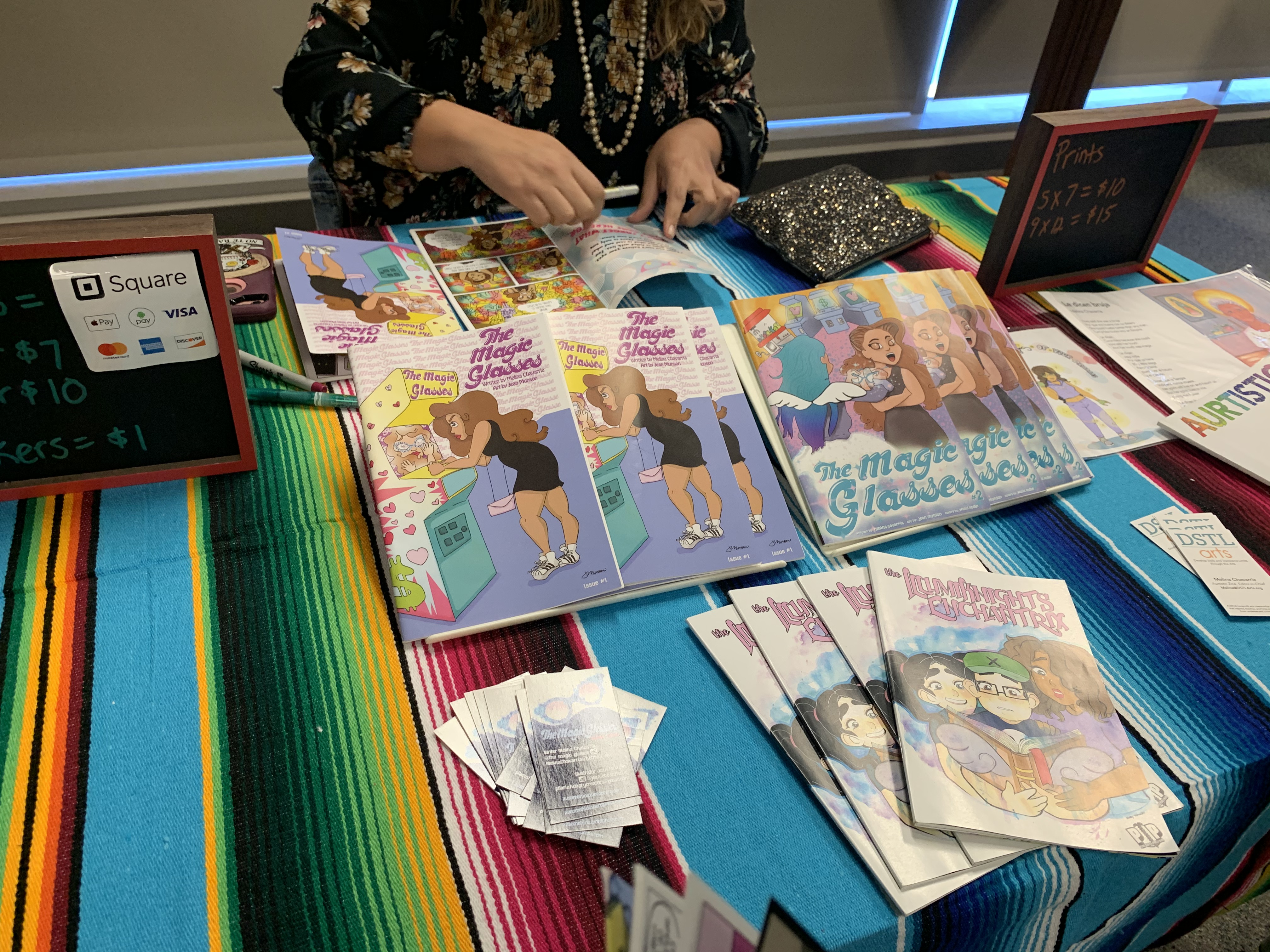 Each of the panelists came from similar backgrounds and all had something in common. They loved comics! They each enjoyed what comics had done for society and what more it could do. During the event, students were intrigued by what each panelist had to say. They were spreading rich knowledge about how much comics have evolved for the better. For example, how nowadays, we have colored super heroes, which was never the case in the past.

“It used to be that every Latino in a comic book was a bad guy. This was a problem to me because that would somehow teach kids to fear Latinos, and to be scared of us because that is what the comic is saying. It was saying that we are to be feared and ridiculed. When I made my comics, I decided that my hero was going to be a Latino. It was a statement to me, it was,” Melina Chavez said.

Comic books have made strides in the inclusion of different races and this invites the opportunity for more readers to find these stories and maybe become fans of certain comics. It serves the industry well to include other races In this regard. Hispanics for instance, have made real strides when it comes to representation in comic books. 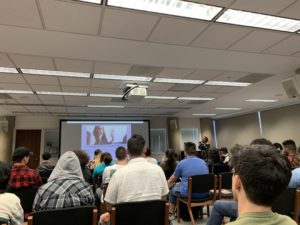 Hernandez said, “I have been around comics a very long time. I have seen many things and read many great comics. One of the best things I have seen was this evolution of comics to include other races as leading characters. Not just white people, but black people, Latinos, and Asian characters. This is amazing to me. This is why I love comics, because they never stop evolving.

With this inclusion of Latinos, African Americans, women and students are starting to take notice.

Kenny Castellanos, a math major said, “Comic books have always been a getaway for me. Being Latino, I love seeing all of the work that some authors are doing to be as diverse as possible. Its important that every race gets representation in comics.”