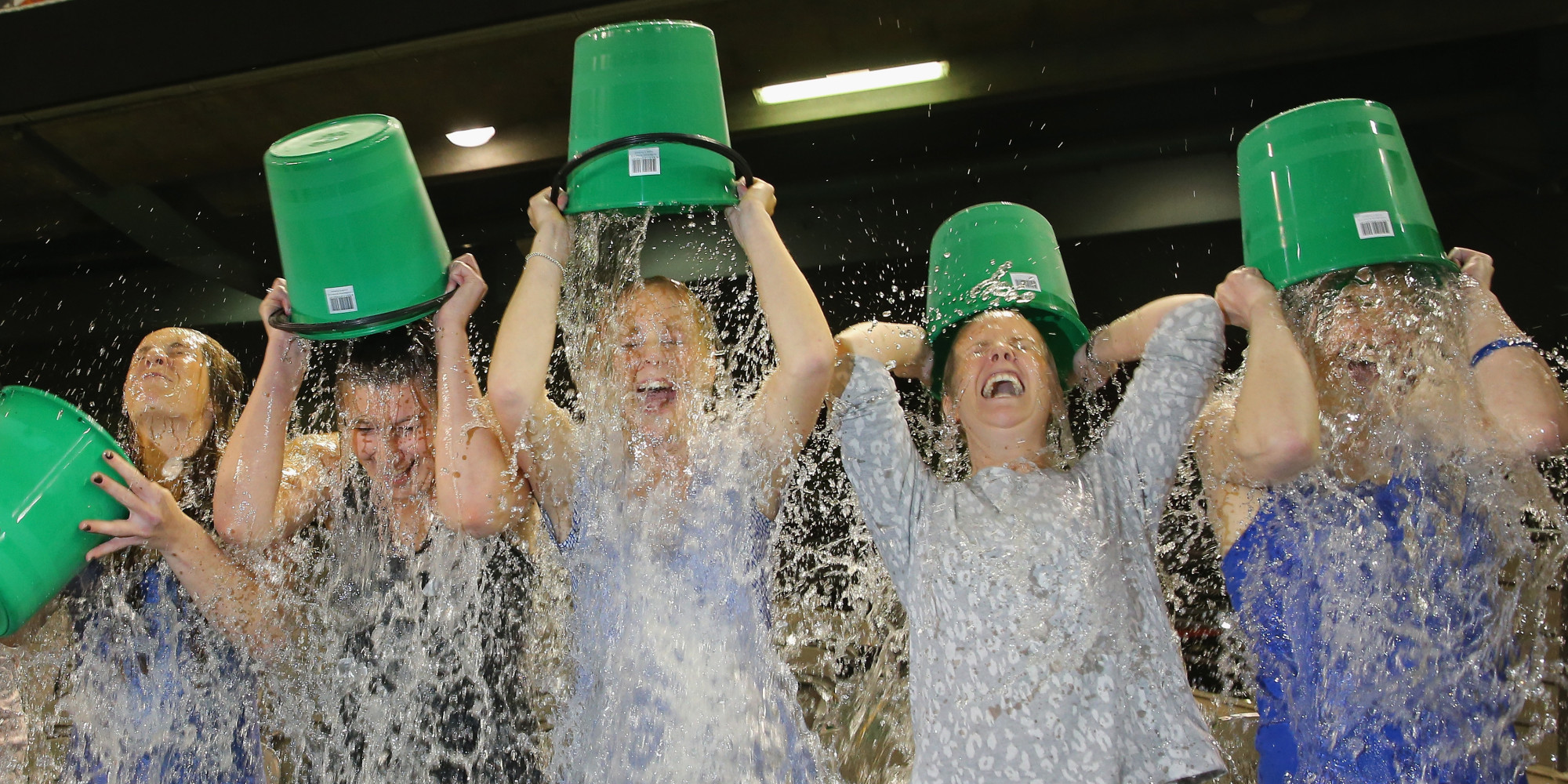 That challenge inspired the ALS ice bucket challenge and soon it went viral.

The way it works is that a person is challenged to dump ice cold water on themselves (which in theory is supposed to give a person an idea of what it feels like to have ALS). You can either accept the challenge and dump iced water on yourself or refuse to participate and donate money to the fund aimed towards finding a cure.

If you decide to throw a bucket full of iced water on yourself you challenge other people to do it and the same process is repeated (either they accept or refuse), which has caused this trend to expand nationwide.

Amyotrophic lateral sclerosis (ALS) is a motor neuron disease that slowly, throughout the course of time impairs the muscular system in the body. In its final stages a person suffering from ALS has difficulty speaking, swallowing and eventually breathing.

Once a person is diagnosed, they are expected to survive about 39 months until their passing. ALS is a disease that slowly but surely deteriorates a person’s bodily functions.

Even though the disease is not commonly heard of, there is more than 5600 diagnoses each year in the U.S.

ALS came to knowledge of the public when famous baseball player Lou Gehrig was diagnosed in 1939.

This challenge has helped raise almost $80 million to the cause.

However, no trend comes without controversy.

Water is scarce due to the current drought and residents are asked to conserve water. Another argument, against the ice bucket challenge is that there are nations around the world that don’t have enough water to help them survive.

The general idea is that we are wasting water.

A counter argument is that people waste water on many other things already. For example, with the scorching heat this summer, many people are using water to fill their pools, make water balloons, and take part in other recreational activities that require water. These are a few of the many ways that our community wastes water.

Also, if the water we are dumping on ourselves can be used to quench the thirst of people in third-world countries who do not have access to water, why was that not done beforehand?

I am sure that if our country decided to give the amount of water that has been used in the ice bucket challenge to foreign countries, the same people who are using that as an argument would also argue against giving away that water.

Despite the trend, the cause, or the benefits that come from it, there will always be critics.

Let’s remember what the cause is and what the trend is aimed towards. I’d say that despite the criticisms the ALS ice bucket challenge has done more good than bad in raising awareness.