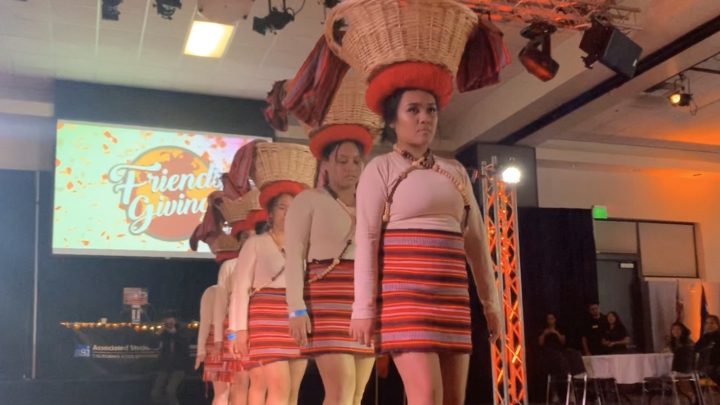 The Lubos Pilipino American Student Organization (PASO) performed Filipino cultural dances, such as Tinikling and Ragragsakan (ragrag), on Friendsgiving night, November 26, as a preview to their larger cultural night, CPC (Celebrating Pinoy Culture), which takes place annually in the month of May.

Rowena Casis-Woidyla, Lubos PASO’s advisor, recalled the manner of potpourri when she shared how Lubos financially prepares for their cultural performances.

“It’s kind of like a potpourri – the gathering of dried flowers, all sorts of different flowers which come in cute little sachet bags that people store in drawers so they smell nice. When I say potpourri, I think Lubos PASO does an amazing job at getting funding – it’s a mix of everything. They hold a number of fundraisers throughout the year, like clothing sales, boba sales, and a lot of what they get from fundraising go towards their cultural performances.”

She also added that, last year, Lubos was gifted with a sizeable donation from our president’s office.

“Our president and senior leadership donated a thousand dollars towards their CPC night which is the big cultural event. I also collaborated with them on letters and e-mails that went out to administrators, and some administrators were able to donate, so it’s a collaboration of donations and fundraising.”

Casis-Woidyla also emphasized that the people who participate in Lubos’ cultural performances are not necessarily Filipino-born.

“We draw from different cultures, different traditions – people who are just curious about the Filipino culture, or people who want to try some of these performances, like the Tinikling,” Casis-Woidyla said.

Salvador Gali, who is Mexican, is a senior Liberal Studies major on his second year of being a Lubos PASO member. Gali was the choreographer of Ragragsakan (ragrag) which is an all-female Filipino tribal dance. Gali described ragrag as a “tribal dance inspired by a celebration of peace between tribes.”

“Ragragsakan is an Ilocano word that translates to merriment. The Kalinga women carried baskets filled with the tribe’s needs for festivities, and the baskets were placed and balanced on the top of their heads,” Gali further added.

Jullanne Haban is a freshman Pre-Nursing major who performed Tinikling – the national dance of the Philippines. Haban described the dance as “jumping between two bamboo poles without getting your feet caught.”

“But what we also learned about it is it’s a folk dance that imitates the tikling birds’ ways of avoiding bamboo traps at rice fields. They also say that Tinikling comes way back from when the Spaniards colonized Philippines. They say that those who didn’t follow orders before in the plantations were made to stand in between two bamboo poles and sometimes they’d clap those poles to beat the workers’ feet. But to avoid getting their feet caught by the bamboo poles, the Filipinos would jump,” Haban further explained.

When asked regarding the importance of Lubos’ cultural performances, Casis-Woidlya said, “I believe there are other reasons besides getting to share cultural dances of the Philippines to a wider, more diverse audience. I don’t know if it actually is what the members formalize as a reason, but from being a part of Lubos, I noticed that they have a mantra that goes: We’re more than a club we’re family. So, I really believe these cultural performances in Hype Night and CPC are more than just about sharing parts of Filipino culture to people and spreading the awareness, but it’s also building that family.”

Gali also shared his benefit from having the opportunity to interact and connect with a different culture other than his own.

“In a way it helps me stay closer to my own identity as a Mexican, because I find cultural similarities with Filipinos to my own. I’ve met many people in the club with thick accents, too, and it reminds me that they come from families who migrated to the US just like me. I also find pride in being able to share my Mexican culture with the friends I have in the club,” Gali said.

However, Gali also expressed his struggles from choreographing the ragrag tribal dance.

“It’s kind of intimidating, because sometimes I get nervous, since it’s not part of my culture, but I do make sure that I’m respecting it as much as I can, doing everything right and that it’s presented the way it should be presented. I’ve choreographed before, but it’s been a while and not for a Filipino tribal dance…I pay heavy attention to the proper attire and especially the dance’s moves, how the hands should move,” he expressed.

Haban, who is a Filipina born in America, also expressed that being part of Lubos P.A.S.O. opened an opportunity for her to try Tinikling, as it’s always interested her. Her participation in Tinikling, too, had helped her feel a connection between her and the Filipino culture.

She said, “I’ve seen a lot of Filipino dances, and Tinikling’s one of them, but I never had the chance to try it even though I’ve always found it interesting, so now I’m trying it out. I do find it hard to memorize the steps, but I’m working on it, especially because it helps make me feel connected to my culture. Overall it’s really fun, and I hope everyone will get to try it.” 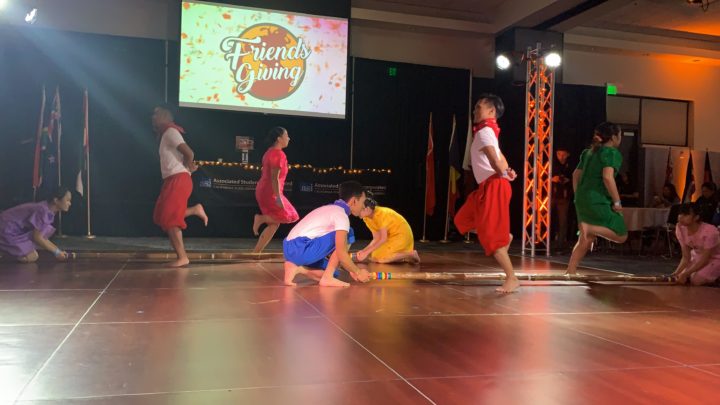 Casis-Woidyla also shared her own daughter’s participation in Lubos P.A.S.O.’s CPC event last year and how Lubos has become an extended family for them.

“I really feel blessed to be a part of Lubos. I feel like Lubos is my extended family. I have learned so much more about the Filipino culture through them. I have even perfected how to sing the Filipino national anthem. My daughter actually did a little performance at CPC last year. My daughter was so proud to be part of it that she also invited her classmate and her classmate’s entire family to watch it. I feel so fortunate to be able to work with Lubos P.A.S.O. and to be able to share that with my daughter who’s half-Filipino. I joke with her and say that she doesn’t look very Filipino when she’s among the Filipinos, but I tell her that that doesn’t mean she should hide it. She should, instead, embrace it.”