This quarantine has given people more free time and the ability to eat whenever one wants. Because of social distancing practices, some people find it harder to keep a healthy diet at home. While the temptation to eat can be higher, reaching for healthy food instead of junk food is the goal.

According to Samantha Byers, who is a PhD student in Biomedical Sciences, her food choices have slightly changed since she moved back home with her parents.

“My breakfast has remained the same (oatmeal) but my lunches and dinner differ a lot,” Byers says.

Byers used to meal prep for her lunches, whereas now she has either leftovers or tries to heat up a quick meal. Before she moved back, she would make protein smoothies for dinner at her apartment. Now she helps prepare dinners at home.

“They are usually healthy (or healthy-ish) dinners still but it has been a change in my eating routine. I also have been eating more sweet and salty snacks than I usually would before quarantine,” said Byers.

For Asja Wright, who is an elementary school teacher, she tries to purchase more healthy things—like fresh fruits and veggies, yogurt, granola, etc.—than unhealthy things during her monthly grocery shopping trips so there is a balance, especially since she loves snacking. Because the healthy options spoil very quickly, her healthy eating habits only last a week.

“I try to freeze some of the fruit, but the veggies don’t freeze too well. Then, the rest of the month, I start eating more fried or sugary snacks; so my snacking is all over the place! But my dinners have been healthier once quarantine because I have way more time to cook. Also, I’ve started drinking way more water. I went from maybe a cup or two a day before quarantine to six to seven cups a day,” Wright says.

Samantha Mix, who is a Medical Scribe, says that during this time of social distancing and being at home, she would say that she is eating a variety of foods; the only thing that seems to be the saving grace every day is eating cereal for breakfast. She does think that she could be eating more fruits and vegetables. 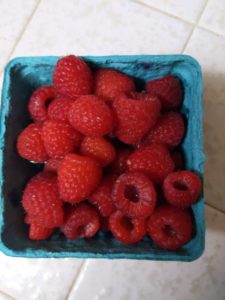 With so much extra time on our hands, it can be easy to eat whenever you feel like it, whether you are truly hungry or you are just bored. Byers says that she generally eats three meals a day with some snacks around dinner time; this is primarily what she also did before quarantine.

“I try not to eat when I’m bored but if my body says I’m hungry, I’ll try to find a good snack,” Byers says.

Wright usually eats two meals a day (lunch and dinner), a snack or two, and dessert. This is about average to what she was eating before quarantine.

According to Mix, she eats more than usual and finds herself eating out or cooking out of boredom because there is nothing else to do.

Selecting what foods to eat is a part of ensuring a healthy lifestyle. According to Byers, she is overall happy with the food choices she has been currently making.

When she feels she has eaten too much junk food (or just too much food), she tries to encourage herself to walk or workout. Mainly, it’s just catching herself eating junk food and trying to make constructive health choices.

“Comfort food is more than OK! It’s just finding that moderation and some type of fitness routine,” says Byers.

Wright reveals that she is overall happy with the food choices she has been making as well. She says that while she could certainly still eat a little healthier, she has been making better choices than she used to because she has time to cook and meal prep now. 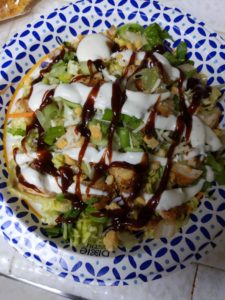 “Still, I have gained about two to three pounds, which isn’t too bad. I think the difference is that before quarantine, I was constantly up and moving since I teach. Now, I pretty much sit all day – and usually behind a screen,” Wright says.

Mix says that she has gained weight since starting quarantine probably because she has been eating more than usual and not moving around as much as usual.

This quarantine has been tough in many ways for a lot of people but Byers, Wright and Mix have showed that making healthy food choices and incorporating a balance of healthy food with comfort food is possible. 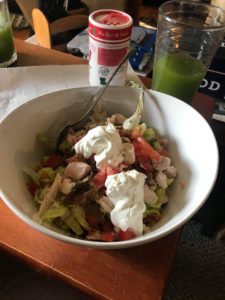