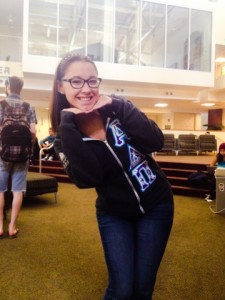 When you think about Greek organizations on campus, what comes to mind?

There are some people who see Greeks as extreme partiers, slackers, social conformers, and overall, terrible human beings who take up space on college campuses.

While Greeks are cast in this kind of distasteful light by the media, that is not always the case.

Each organization raises money for these philanthropies all year, every year, raising approximately $7 million per year for charity.

The Greek community tends to be viewed as lazy, as well as generally not the sharpest tacks in the box. Yet within said community, there is a constant drive to achieve better grades.

When asked about their experiences within the Greek community, there was a general similarity in opinions and experiences.

When asked, Perri from Alpha Phi said, “I went Greek in order to be more involved on campus and because I liked the idea of sisterhood.”

“You get to meet a lot of people too, which is pretty cool, you get to get out there,” added Perri.

Kimber, from Alpha Delta Pi said, “I went Greek because I was heavily involved on campus in high school and in college, I didn’t want to just go to school and then straight back home.”

“I went Greek because I was super involved on campus in high school and I wanted to keep that level of involvement,” said Elle of Kappa Delta. “I also joined so I could get more of a real college experience out of the commuter college that is CSUSB.”

When asked if she would enter the Greek community again, Elle emphatically said she would.

The same sort of answers came from the fraternity side. 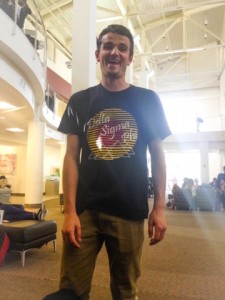 Daniel from Delta Sigma Phi said, “I went Greek because when I was in high school, my sister was in college and was a Greek. So she was a big influence on me, so when I did go to college I just needed to figure out where I would go.”

When further questioned, Daniel said, “I enjoy Greek life, it allows you to grow as a person. I would do it again.”

Admittedly, I originally had some doubts about the Greek system. But I decided to give it a chance.

I joined Alpha Delta Pi where I was encouraged to do well in school, become more engaged in campus life, as well as become more involved in the community.

I found that there is more to Greek life than meets the eye.