The lineup for the 2018 Coachella Music and Arts Festival has been released with Grammy winning artists The Weeknd, Beyoncé, and Eminem set to headline.

Ticket sales for the festival began June 2, 2017, with attendees being able to take advantage of the pre-sale option and pay for their tickets on a monthly basis. More passes for the festival were available to purchase on Jan. 5, three days after the lineup was announced. 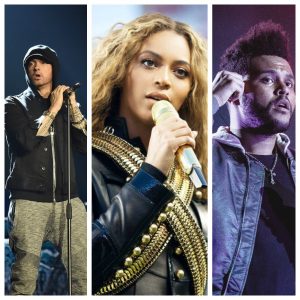 Responses to the lineup were met with mixed reviews. Student Andres Cervantes said, “It’s alright. I wish they added more EDM artists as that is my favorite genre of music.” 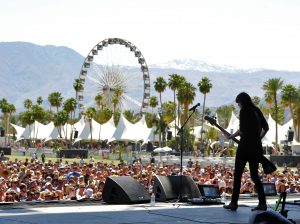 In prior lineups, the festival has usually had a major rock band headline the festival on one day of the three-day event. This year will be the first year the festival left out a rock band from headlining.

Previous rock band headliners include Radiohead, LCD Soundsystem and Kings of Leon. This change in headliners caused some interested attendees to question whether they would attend the festival in April.

Student Gabriela Pocius had previously bought her ticket in June, however after seeing the lineup second-guessed if she would attend. “I bought my ticket and I was really excited because this would be my first time attending,” Pocius said. “I’m kind of disappointed with the lack of bands, especially not having a rock band as a headliner. Coachella used to have more indie rock artists, and I don’t see a lot of those going this year. I might sell my ticket. I’m not sure yet.”

Some attendees appreciated the presence of more up-and-coming artists such as Kali Uchis, Alina Baraz, and Daniel Cesar, to name a few. Fontana native Stephanie Macias said, “I loved how they had more underground artists this year. I won’t be attending the festival, but this lineup is my ideal lineup and I wish I could attend. Daniel Cesar is one of my favorite artists at the moment.”

Some attendees said that the festival is shifting its ‘sound’ from previous lineups and becoming more ‘mainstream’ with the music that is popular today. Maria Guzman, a Rialto native, said. “This year’s lineup could’ve included other artists such as Lana Del Rey, The Killers, or even Khalid. I don’t hate the lineup, but I’m not the biggest fan of it either.”

The festival, which is produced by Goldenvoice, will continue on and take place April 2018, during two weekends in Indio, Calif. at the Empire Polo Club. The festival has brought in approximately 99,000 guests in previous years, and this year will be no different, as passes have already sold out.