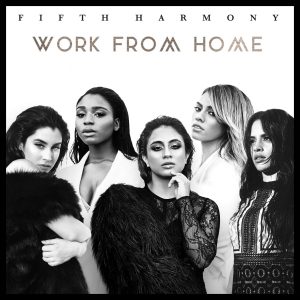 The girls of Fifth Harmony released their empowering sophomore album titled “7/27″on May 27, assuring women can do anything if they work hard at it.

Best known for their hits “Worth it” and “Work From Home,” Harmony are back with a more mature sound.

The meaning behind the album “7/27” is the date the girls were formed on The X factor which they received third place in 2012.

Since then the band had their first album “Reflection” debut at number five on Billboard 200 and included platinum records, “Boss,” “Sledgehammer,” and “Worth It.”

The album contains features such as “Not That Kinda Girl” featuring Missy Elliot, “Work From Home” featuring Ty Dolla $ign, and  “All In My Head (Flex)” featuring Fetty Wap.

They opened up the album with their foot stomping energetic song “That’s My Girl.”

They incorporated Destiny’s Child inspired lyrics including “Destiny said it, you got to get up and get it/
Get mad independent and don’t you ever forget it.”

The trumpets in the background give it a similar beat to their past hit “Worth it.”

The next track is their platinum single “Work From Home,” that reached number one on rhythmic radio, that plays crossover music including pop, r&b, and hip hop on Billboard.

They also received their first Billboard top five hit for the track which has not been achieved since The Pussycat Dolls ten years ago.

The voices on this song and chorus are essentially static and don’t change while Ty Dolla $ign comes in and gives the song some melody.

“Work From Home” definitely gets stuck in your head and perhaps the fantasy of working from home is what kept us all wanting more.

“The Life” had so much potential to be a catchy summer anthem with its lyrics consisting of eating good getting lit which is essentially what you would hope to be doing this summer.

“I Lied,” “All In My Head” and “Scared Of Happy” are all strong contenders for being Fifth Harmony’s next hits with their catchy beats, voices and lyrics.

“All In My Head” is a playful reggae song set out to be their next single and will begin hitting rhythmic radio on June 7.

“Scared of Happy” is one of the most interesting songs on the album, it is up tempo yet the lyrics show so much vulnerability by admitting to their insecurities.

The unguarded lyrics, “I’m afraid of nothing, I’m afraid of no one/ Used to be fearless/ why am I scared of happy,” are emotions that the listener can relate to and provide a sense of attachment.

While the closing song on the album “No Way” is slowed down what saves it is Jauregui’s raspy voice giving the song some soul and depth.

7/27 is now available to stream on Apple music, Spotify, and Tidal.