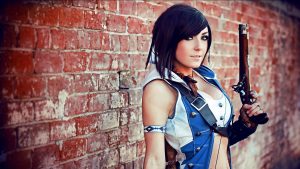 At least once in our lifetime we have wished that we could be “super” or “different” in that we would stand out from the rest with special abilities and the potential to become a hero.

Everyday, students and other adults alike across the world visit foreign universes whether its in the form of a book, a movie, a television show or a video game.

Fiction and fantasy have long been beloved by human beings as a whole for generations and we visit them almost every single day through different types of media consumption.

We asked around campus what fiction or fantasy universe they would live in and what their role and abilities would be, and the students were not afraid to let their inner child and creativity out.

However, having the chance to permanently live in a fantasy universe and only being able to choose one is a different story.

“I would choose the Harry Potter universe and seek the opportunity to attend Hogwarts,” said student Yolanda Perez, “I would be a witch because my powers wouldn’t be limited,” added Perez.

As popular as the Harry Potter series is this student answer was guaranteed to come.

“If I had to choose a power it would be telekinesis from the movie Chronicle,” said student, Ryan Medford,

“It’s an amazing power to read minds, fly, and have other various abilities.”

Granted, having powers would be a desire for most including myself, some students preferred to live in a universe that is not too far from reality.

Such that they would perform in some professional career that already exists, but have an ability that allows them to excel more than the average human.

“I would want to live in the Grey’s Anatomy universe,” said student, Elizabeth Taylor,” I would be the hot

Doctor that is saving lives with her super ability of medicinal eyes that can see whats wrong with patients.”

Disney was also popular among some students.

“I would want to live in a type Disney universe,” said student, Amber Winters, “I would want to be my own princess, but not one who plays the damsel in distress, I’d be independent and work for whatever I desire.”

Sometimes it is good to get lost in a fictional universe, it keeps us young and creative.

It begs the question “what if?”

Fictional writing can bring out not only the child within us, but also our creativity to strive an be different from others.

Most wish to fit in, while others wish to stand out and every fictional protagonist has something about them that makes them different.

The common theme here is that some people desire to be different or want to do something great in their own lives just as these fictional characters do in their own universe.

This is why audiences like to relate to fictional protagonists and consume their universe though a medium of media, because it is a reminder that they too can be the wolf among a herd of sheep and make a difference in the world.