On Feb. 5 the faculty senate discussed campus safety, outreach to the community and project-based service learning for students in their fields of interest.

The meeting started with the Chair’s report which was given by Karen Kolehmainen, College of Natural Sciences Representative and Chair of the Faculty Senate. 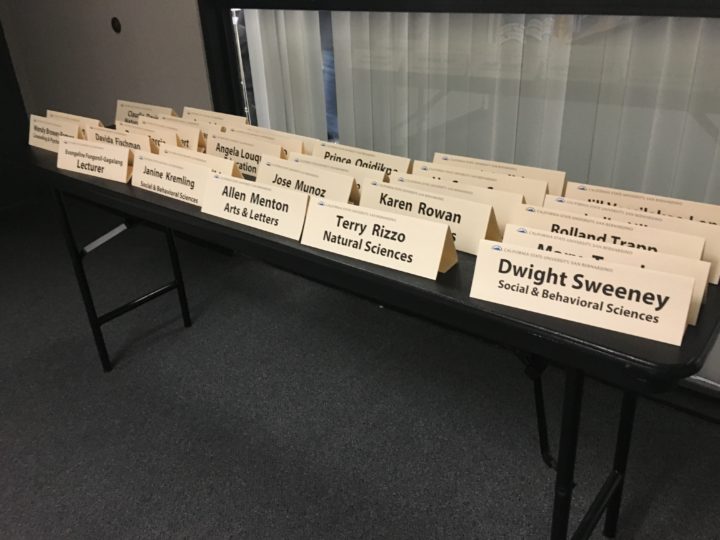 Grace King, Director of the University Registrar, gives information about programs that require action in CIM and the conversion of programs into semesters.

CIM is an interactive form that guides faculty and staff through the curriculum approval procedure.

Programs that require action came about after the deadline of submission forms that was last year.

There was a list of quarter programs that were not touched and were placed into three categories: minor, certificates and credentials.

If any department wants to discontinue an organization, they must bring it to the attention of the faculty senate first before doing anything administrative.

A list of discontinued minors, certificates and one credential is given to the faculty, with one of these being the French and English Translation Certificate.

Western Association of Schools and Colleges (WSCUC) evaluates the reconfirmation of accreditation with site visit of WSCUC in spring of 2021.

Several outcomes of the affirmation is a campus-wide understanding of the classes, to know the institution’s strengths and weaknesses according to accreditation standards and to improve.

There are three core commitments that WSCUC has and expects to be used as the foundation for the accreditation.

The commitments are student learning, quality and improvement and institutional integrity, sustainability and accountability. 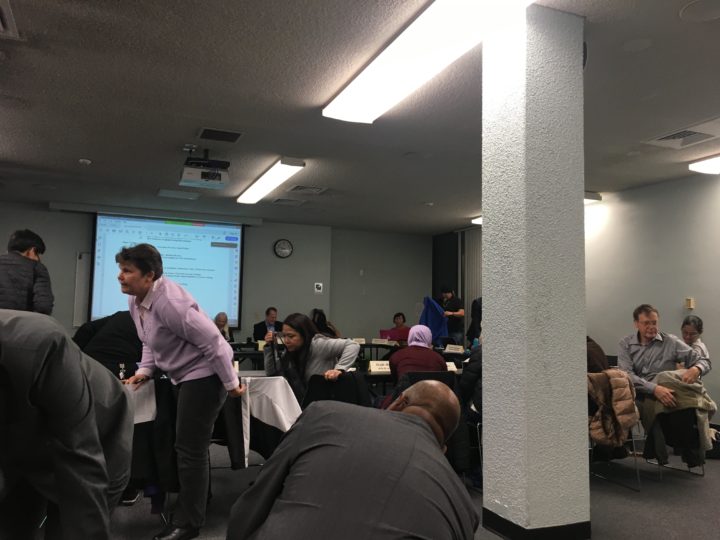 Senators in the meeting state their opinion of the need for exposer that regards emergency preparations and safety guidelines.

Prince Ogidikpe, the president and chair of Associated Students Incorporated, stated his thoughts on the matter and when it comes to active shooters.

“Last year, when the shots were heard on campus, there were a lot of complaints that professors didn’t know what to do either, I think that is why I brought up the idea of considering having some sort of safety guidelines for students to be more aware of,” shared Ogidikpe.

When it comes to safety, the representatives didn’t hold back on how to get to the necessary information to the ears of college students.

One of the ideas that the panel made was the option of providing a link in the syllabus of students.

Enrique G. Murillo Jr., a professor at the College of Education and the Executive Director of Latino Education and Advocacy Days (LEAD) Organization, believes that there is still more that has to be done to keep people on campus safe.

“I personally don’t know if it has to be in the syllabus, but it has to be discussed. I was in the college of education building when the shots were fired. I feel like there was no resolution, I understand that the police department offered workshops, and maybe it has been resolved and it’s just me, but it seems like we did a little bit but not as nearly as enough,” said Murillo.

Ogidikpe’s thoughts on workshops are good to have, with the only problem of not reaching every student which is the goal.

“The one way to get to every student is to take it to the one place where they will always be, and that’s the classroom. If every professor puts the link in the syllabus, you will be guaranteed that 20,000 will get that information about emergency preparation,” shared Ogidikpe.

Beth Steffel, Associate Professor in the Department of Arts and Academic Statewide Representative, has a close relationship with the shooting incident.

She opposed the amendment, not because it’s important but due to giving a false sense of security of an issue that is significant.

“I share a lot of the feeling with Senator Murillo. I actually just finished teaching in the classroom right next to where the shooting happened. After the incident, I thought how can we go forward with this? What resolution do we have? From my appealing, having a link in the syllabus is not sufficient,” said Steffel.

The meeting concluded with a place of voting on the amendment of adding links about safety guidelines in the syllabus of students.

The amendment was later approved by the panel of senators.