Breaking the stigma about major issues is essential in freeing an individual to become their best self. Mental health is an important aspect in our daily lives and should be discussed without judgment. Many people suffer from issues and do not speak up because they do not feel safe or fear of being judged.

Domestic violence is a pattern of behavior used by one’s partner to maintain power and control over them. Stigmas that follow this behavior are “Men are not victims”, “It’s not that bad if they stayed”, “They must have liked it”. Domestic violence has a huge impact on the victim, causing them to feel powerless when leaving relationships like this. Sometimes they feel their lives are threatened, their families are in danger or that this person will come back in the future. 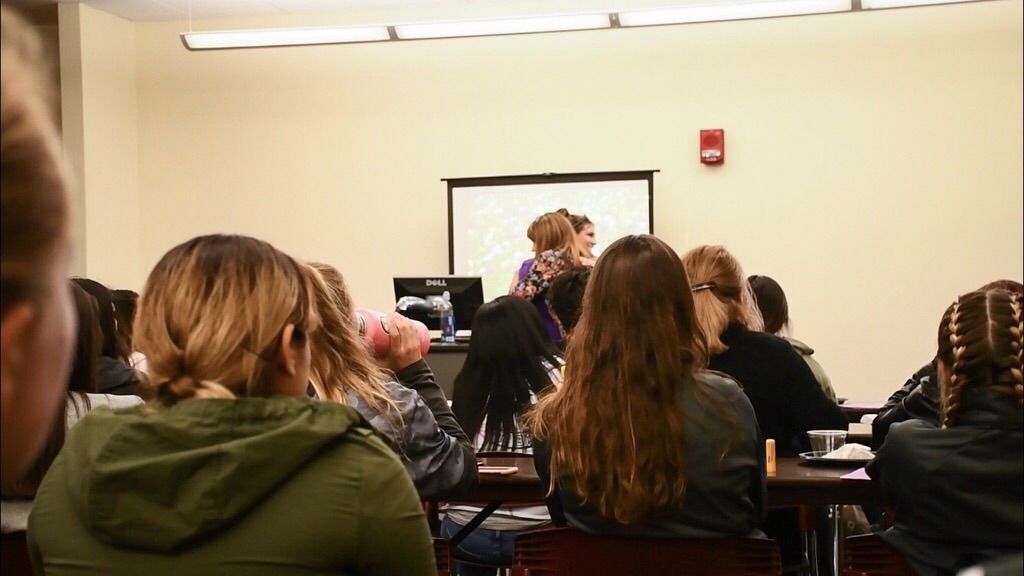 Here on campus, there is a group called VOICE this group of students is dedicated to utilizing prevention education to reduce the number of CSUSB students impacted by sexual assault, dating/domestic violence, and stalking. VOICE peer educators help students recognize the dynamics of these violations, identify ways to step-in and speak-up safely and provide appropriate referrals for survivors.

Mental Illness is a condition that affects a person’s thinking, feeling or mood. Meaning that it can negatively impact one’s ability to form relationships and engage socially.

Don’t separate mental illness and substance abuse, some people can deal with both of these issues at the same time.

Substance abuse is when an individual consumes larger amounts of a substance that was indented to reach a level of being functionally impaired who abuse substances get cravings and strong desires to keep consuming these products. The stigmas that follow substance abusers are things like “you can’t trust them”, “junkies”, “it’s a maturity thing” Some people who suffer from substance abuse are using it as a way to cope with their unspoken problems and issues.

Wendy Romero is one of the therapists here on the CSUSB campus. Speaking to Romero, she advised it is best to seek support and get help if you are dealing with a difficult issue. There are counseling centers on campus that you can call in and seek help or set an appointment with your preferred counselor. Also, there are different avenues to get help and support off campus. The most important thing to note is to know that you are not alone.

Rombalski said, “I lost my ability to communicate and getting it back taught me how important communication was.”

Being silenced in domestic violence can cause you to lose your ability to communicate effectively with other individuals because you are secluded from the enjoyments in life.

Rombalski has older kids which she said, “speaking out means a lot to me. I am very open to talking about underlying issues with my kids.” Rombalski advises that people who are dealing with domestic violence should find a support group, stay with a friend and most importantly look in the mirror and love yourself.

Leslie Leach was another survivor who gave her testimony about her life in domestic violence. In January 2013 was the starting point of her journey from victim to survivor. Leach walked away from everything she had and went into protective custody in a domestic violence shelter for three months. When Leach did this she became mentally stronger and inspired to live a different life.

Privately Leach was suffering from post-traumatic stress disorder (PTSD), insomnia and having tremendous anxiety. Leach lost a majority of her friends and family and left her support system daily to her professors and Cal-works office at her local community college. Leach was determined to continue her education and learning how to effectively communicate, and how to turn a negative situation into a positive one.

Leach is a strong woman who took the courage to keep a positive mind about her abuser. Leach quotes “I count my blessings, I do not harbor hatred. Hate takes up to much energy and I rather focus on positivity.”

In her interview “I never said anything bad about my kid’s father, People go through changes. It’s important not to talk bad about him, but he is in a better place now becoming a better person.”

October was a month to remember stories from victim to survivor to giving back hope and positivity to people. Also to bring awareness to focus on the dynamics of abuse and how to support individuals who are stuck in this situation. It is always important to remember that you have a voice and never to be afraid to use it.